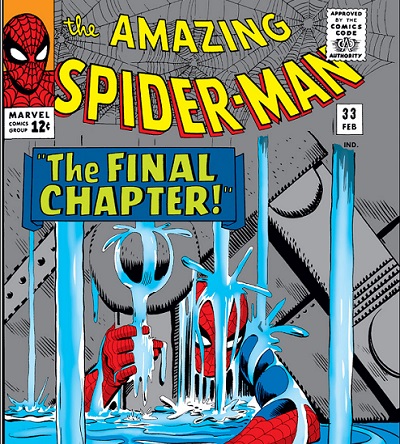 Welcome to the Marvel Age! Each month PTBN Comics’ very own Sarcastic Four (Nick Duke, Tim Capel, Russell Sellers and Todd Weber) take an in-depth year-by-year look at Marvel Comics’ publishing history, focusing on 10 significant stories from that year. The team looks at important character debuts, discusses significant comic creators, and places social and historical context of the era onto the books-all culminating in a holistic look at the Marvel Age of Comics.

This stupendous sixth episode takes a concentrated look at roughly half of the best of Marvel’s output throughout 1966. The Sarcastic Four talk in depth about Marvel Comics’ flagship titles of the Amazing Spider-Man and the Fantastic Four and their move towards more long-form, serialized stories with gigantic ramifications for the Marvel Universe, the boys once again discuss the contributions of creators Stan Lee, Steve Ditko, Jack Kirby, as well as the debut of legendary Spider artist “Jazzy” John Romita, the S4 go all in on the arrival of Galactus and the Silver Surfer, Steve Ditko’s finest Spider-Man tale “If This be My Destiny”, the debut of the Black Panther as well as the stunning reveal of the Green Goblin’s secret identity, and our team breaks down new Marvel supporting characters Gwen Stacy, Wyatt Wingfoot & Harry Osborn.