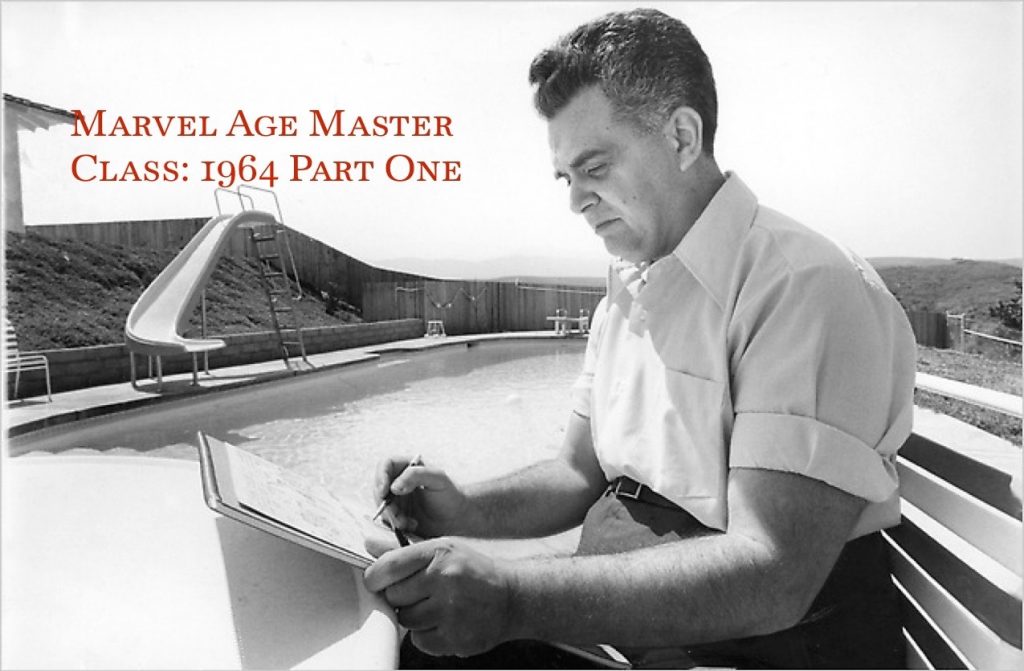 Welcome to the Marvel Age Master Class Podcast! Each month, former Marvel staffer Ben Morse joins with a member of PTBN Comics’ very own Sarcastic Four (Nick Duke, Tim Capel, Russell Sellers or Todd Weber) to take a closer look at the year previously highlighted in that same month’s Marvel Age Podcast! Ben brings his wealth of behind-the-scenes knowledge to catch things the S4 missed and brings his unique perspective to talk about the stories and creators of the selected year.

This third episode takes a focused look at Marvel’s output throughout 1964. Ben and guest Todd Weber talk about Marvel Comics synergistic growth as they expanded their comic universe, Morse & Weber discuss the work of creators Stan Lee, Jack Kirby, Don Heck and Bill Everett, and Ben and Todd look at the further development of Iron Man, the X-Men and the Avengers while also investigating and dissecting the debuts of the Mandarin, Hawkeye, the Brotherhood of Evil Mutants and Daredevil as well as the triumphant return of Captain America in Avengers issue #4!​