Welcome to the second edition of the House Afire cheat sheet looking at teams for the GWWE tag team project, right here at Place To Be Nation (thumbs up, cheap pop!) If you haven’t read the first edition, it explains the criteria I’m looking at for this project and what I’ll be talking about in this column. The only thing I’ll add is that I’m looking at all these factors so I can make an informed decision, but don’t have a set formula that assigns values for each factor. If you haven’t joined the discussion for this project yet and would like to, you can join the Facebook group here.

In the first edition, I said I’d be looking at older teams, and I start that this week. I’ll be the first to admit, I’m no wrestling historian, but I do want to step outside my comfort zone and explore some teams I’m not familiar with from different eras. I’d encourage all voters to research teams they’re unfamiliar with, whether that is teams from the 1960s or 1970s or NXT teams from the past few years.

If you think I’ve missed a match voters should check out, let us know on the Facebook page. Particularly with older teams that have limited footage, any match suggestions would be more than welcome. And just because I list a placement range for these teams now, doesn’t mean that’s set in stone. A lot can change in the five months before we submit our ballots, and new information and match selection could easily sway my rankings. 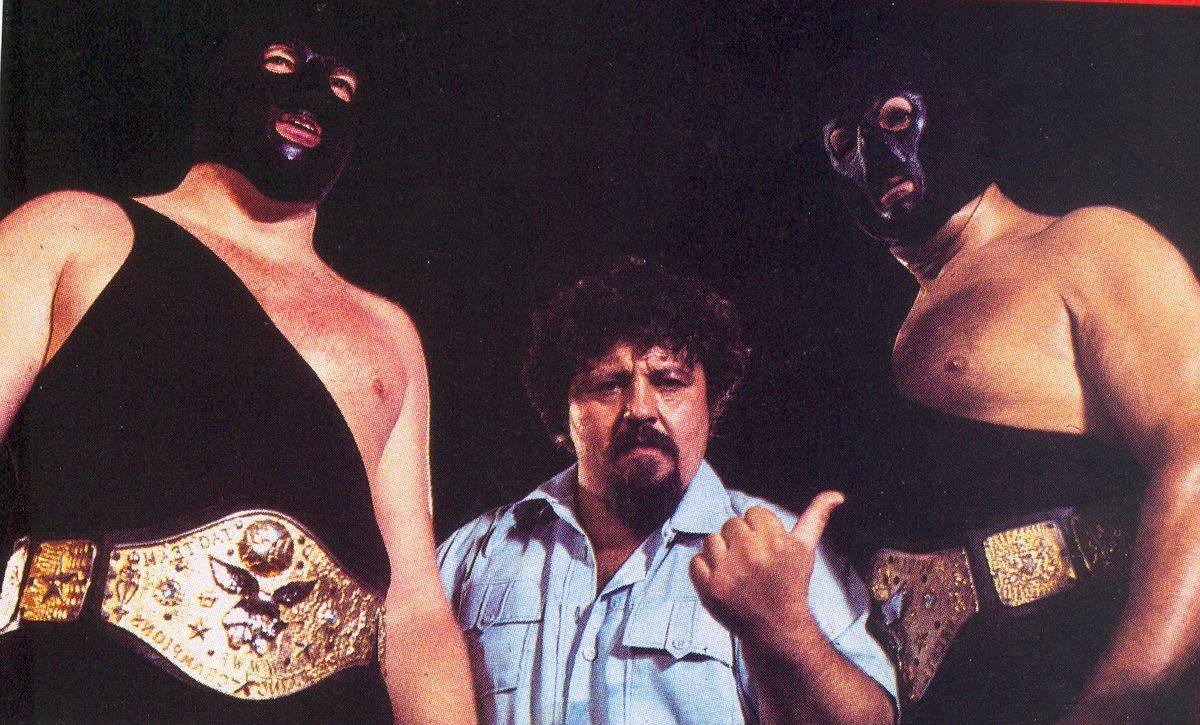 Thoughts: The Executioners were Killer Kowalski and Big John Studd under masks. Some fans of their era consider their feud with Chief Jay Strongbow and Billy White Wolf to be among the best in company history due to the emotional impact the teams brought to the table. There is a 3-out-of-5 falls six-man tag with the Executioners teaming with Brody and Strongbow and White Wolf teaming with Andre available on the Network and YouTube (link in the FB thread.) I think that match is dreadful, consisting mostly of restholds and kicks, with falls coming out of nowhere to weak moves like a chop or random DQs for no violation I could find. More damning to me was I thought the crowd was dead in the match, and since it also featured Andre and Brody, I considered that a very bad sign. I was ready to bury their in-ring work due to that match, but then I watched the Gonzalez-DeNucci match and thought it was surprisingly good (and a link to this match is also in the FB thread.) DeNucci was quite popular with the MSG crowd and the Executioners were hated and both teams really worked their roles well. This match was a 2/3 falls match and had the crowd hot the whole night. The Barrett-Rivera match was the only other one I found footage of and is too competitive and long to be a squash, but too one-sided to be competitive, if that makes sense. For a team with so little footage (that I’ve found so far at any rate) the Executioners seem to have the widest gap in match quality. Their 143 matches with the company is pretty mediocre longevity, but the 210 day title reign is nothing to dismiss.

Placement Range: I was so ready to dismiss this team based on workrate after watching the 6-man. But Strongbow and White Wolf are no workrate warriors and I really liked the DeNucci-Gonzalez match. I would LOVE it if anyone has more footage to share (or if the WWE Network posts more All-Star Wrestling episodes with Executioners matches). For the time being, I’d say the Executioners are on the fence, probably on the outside looking in. But the bottom portion of the list is pretty weak so to quote Lloyd Christmas, I’m sayin’ there’s a chance. 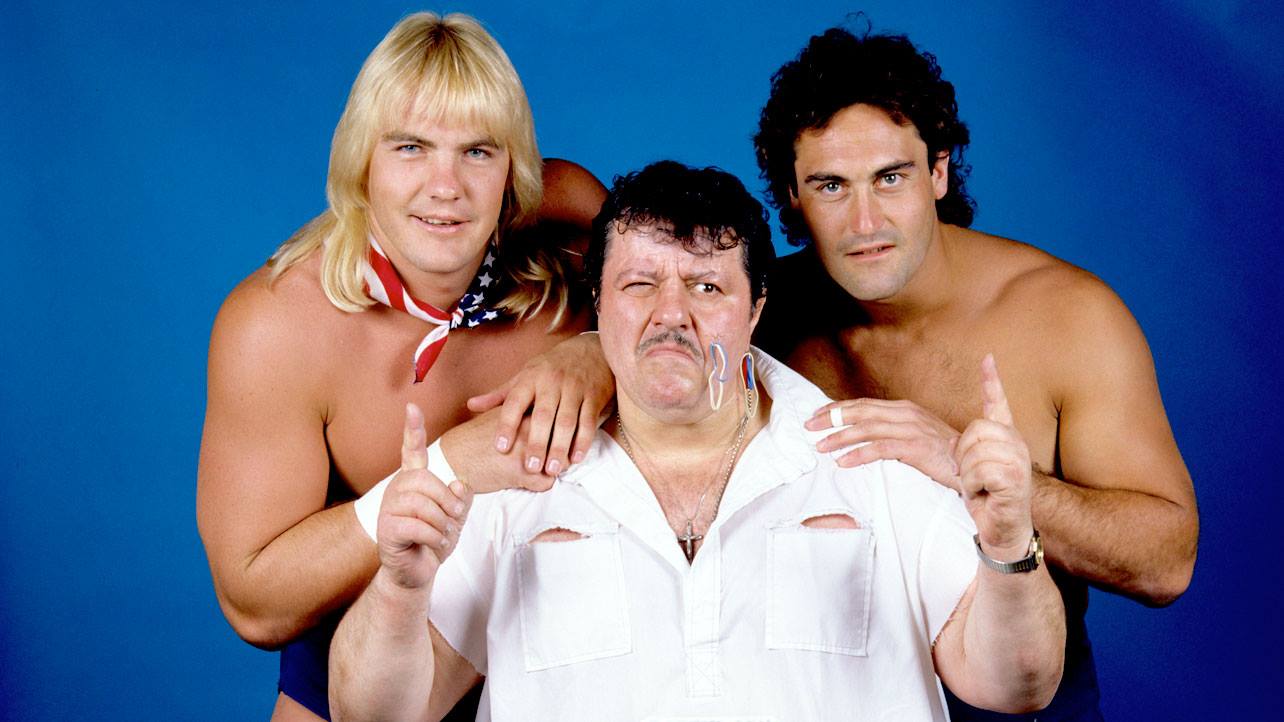 Thoughts: The US Express is a massive case of what might’ve been. They were mega-over right at the start of the Rock n’ Wrestling Era, and looked to be among the top babyfaces in the company. They were featured on the first Saturday Night’s Main Event and the first WrestleMania. From what I’ve seen they are a good fiery babyface team, working the face-in-peril segments and hot tags to get the crowds rabid for them. Sadly, finding footage of full matches of the US Express is much harder than I’d anticipated. Their title win from Adonis and Murdoch is on the network and elsewhere, but only in clipped form. Their matches with the Iron Sheik and Nikolai Volkoff are better than I expected, and I saw a really good house show match against the Dream Team that may have been purged from the annals of YouTube. But if you can track down any Dream Team-US Express matches, please share. Also, beware that many matches listed as the US Express actually feature the Spivey-Rotundo team, and to say that’s a shadow of the Windham-Rotundo team is an understatement.

Placement Range: They were really good in the ring and super over, but longevity really hurts them. If they’d stayed another year or two, we may be talking about an all-time great team. But they didn’t (though I hear Barry went on to have some OK matches elsewhere, so I guess it turned out OK.) As it is, they’ll be in the top half of my list somewhere around 25-40. 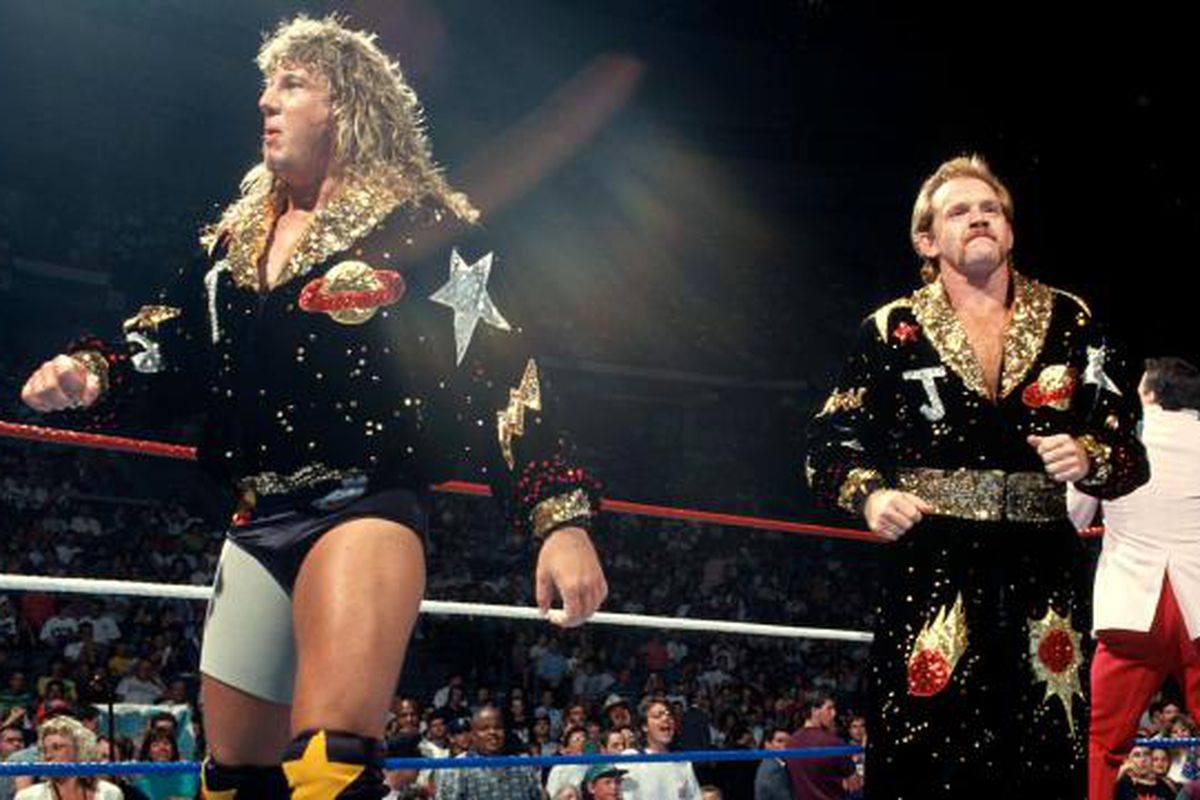 Thoughts: Alright who thought the Heavenly Bodies had 130 matches in the WWF? Liars. I was surprised to see how many matches they’d had, including quite a few matches with the Smoking Gunns, Steiners, Headshrinkers and a seemingly never-ending feud with the Bushwhackers. I love their match with the Rock n’ Roll Express for the Smoky Mountain Wrestling tag titles at Survivor Series ’93 and their match with the Steiner Brothers at SummerSlam ’93. In addition to those top-tier matches, they really have the sneaky, sleazy Southern heel team act down, making all their matches fun.

Placement Range: I’m a sucker for Southern style tag matches so the Bodies’ act hits home with me. They were around longer than expected, but not so long to really vault them up the list. Still, I expect them to be solidly on my list, somewhere between 60 and 80.

Bonus Intangibles: The APA was very entertaining in backstage skits, usually involving a poker game, visiting a bar, kicking ass in a brawl, or some combination of all three. Damn!

Thoughts: The Acolytes/APA were always important characters in the Attitude Era and beyond, evolving from the Undertaker’s goons in the Ministry of Darkness to beer drinking brawlers for hire. They were often the tag team equivalent of Kane in that the authority figure of the day would punish teams by making them face the APA. In the ring, they were Perfectly Acceptable Power Wrestlers (PAPOW). They may have even been a bit better than that, but I wanted to make a cheesy acronym, so I did. So many of their matches were too short to be considered as much more than angle advancement, which is a persistent problem of the Attitude Era. Their no-DQ Hardcore brawl with the Hollys from Heat and their match with the Hardys and Michael Hayes at Fully Loaded ’99 stand out, with most of their other matches being solid, but unspectacular. Still, they were generally over, entertaining in backstage skits and memorable characters with impressive longevity.

Placement Range: Their characters and longevity put them in the mid-list range. I’d like to get them into the top half, because they are entertaining and generally enjoyable, but I’m not going to force it. I’ll say they’re safely in the 35-60 range on my list.

Thoughts: London and Kendrick matches just bring me joy to watch, more than any other team I’ve reviewed for this project so far. They were often forgotten about during their near-year-long title reign, and they had to make chicken salad out of a lot of chicken shit teams (Teacher’s Pets, Deuce & Domino), but damn were their matches always fun. The matches were always good, a perpetual highlight of SmackDown each week. Their top-tier stuff is better than you may remember with the four-way ladder match at Armageddon ’06 and their MNM match at Judgment Day ’06 standing out. Matches with MNM and Regal and Taylor on SmackDown are also well-worth checking out.

Placement Range: They’ll be in my top 20 and it’s likely they crack my top 10. Their longevity is a bit light, and their title reign should’ve been so much better, but they still really hit with me. They just do a great job playing fired up babyfaces, selling for their opponent, have exciting offense, and I just really enjoy all their matches. Workrate, personal preference and sneaky good top-tier matches more than make up for their good, but not elite longevity. 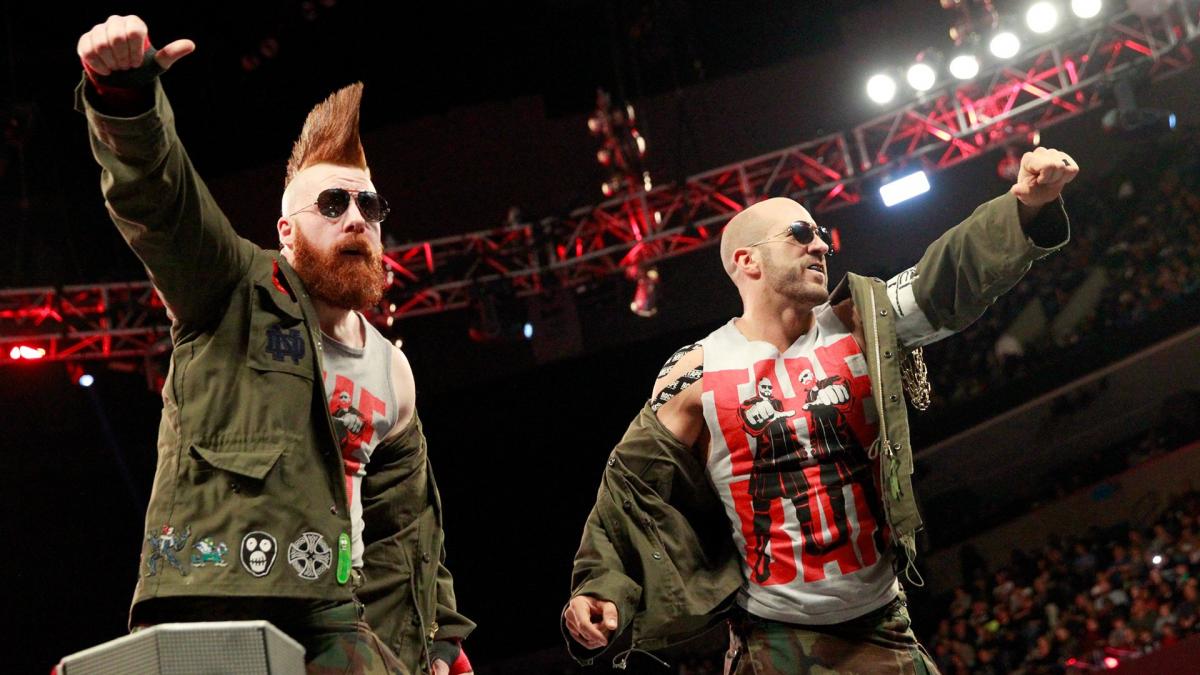 Thoughts: I don’t just watch the Bar, I love the Bar! And frequent the bar! But that’s neither here nor there. It’s hard to find many teams that have higher match quality than Sheamus and Cesaro. Their 2017 was really a tremendous year, with their feuds with the returning Hardy Boyz and Rollins and Ambrose each yielding multiple excellent matches. I thought longevity would be their weakness, but they’ve had more matches than teams like London and Kendrick and the Dream Team. If they stay healthy and don’t split, they could hit 350 matches by the end of the year, which puts them roughly the same as the British Bulldogs. The Bar also has a lot of upside potential, as they could have a couple more good feuds during the voting period, if WWE creative gave even half a shit about the tag division on SmackDown. So, we won’t hold our breath on that, but The Bar has already created an impressive resume.

Placement Range: They could be as high as the mid-teens or fall to the mid-30s, and again as an active team, they have the potential to move up. I can’t see them moving down much past the 30s, and they’ll probably only fall that far if I start discovering some teams that really surprise me and force me to move them up.

That’s it for this week. I’ll be back soon with a theme column looking at more teams. Again, if I missed any matches or other highlights let us know on the Facebook page.