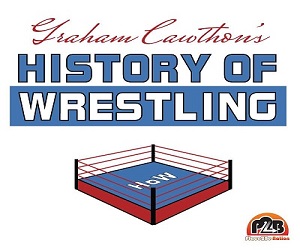 Why didn’t fans revolt when Hulk Hogan was ousted in 1989?

Why did they revolt when Daniel Bryan was in 2015?

And how has the Royal Rumble concept evolved since its debut nearly 30 years ago?

In the latest episode of The History of Wrestling podcast, Graham Cawthon, Brad Stutts, and Dan McGinn take a look at the 2015 Royal Rumble match and share their experiences both watching it on TV and being in attendance. They also compare the match to previous incarnations, breakdown the storytelling, discuss what worked and what didn’t as well as the backlash that followed.

Follow them on Twitter at @thehistoryofwwe, @stuttsy, and @DMacP2B and use the hashtag #HoWPodcast if you wish to send them questions.

In addition, every show the boys will present their Youtube Clip of The Week. This week’s offering takes a look at a superhero themed take on the Royal Rumble, as created in WWE 2K14. How does it compare to Sunday’s pay-per-view match? Take a look!

Highway to the Impact Zone #55