Mild-mannered reporters by day, Greg Phillips and Nick Duke share an intense love of comic books that has made them the Hard-Traveling Fanboys. And if there’s anything that fanboys love, it’s debating what book is better than another book or which character is “cooler.” Enter Countdown, a monthly column where Greg and Nick will give a top 5 list and debate the merits therein.

Nick Duke: It’s the second Thursday of the month, which means Greg and I are back once again with a new edition of Countdown. A couple of weeks back, we discussed the issue of minorities in comics and ended that discussion by promising to share our favorite minority characters here. So, here we are, ready to talk about our favorite characters who aren’t white heterosexual males.

Greg Phillips: These characters are as rich as their majority counterparts. Unfortunately, there just aren’t enough of them. For the sake of simplicity, and because minorities are generally much less represented in the Big Two, we’re limiting our discussion to Marvel and DC Comics characters. With that said, it was still a difficult task to narrow our lists down to five. There are numerous great characters of different ethnicities and sexual orientations, and Nick and I don’t presume to tell you which are the “best.” All we can tell you is which characters are near and dear to our hearts. Nick will start us off with his fifth favorite minority character. 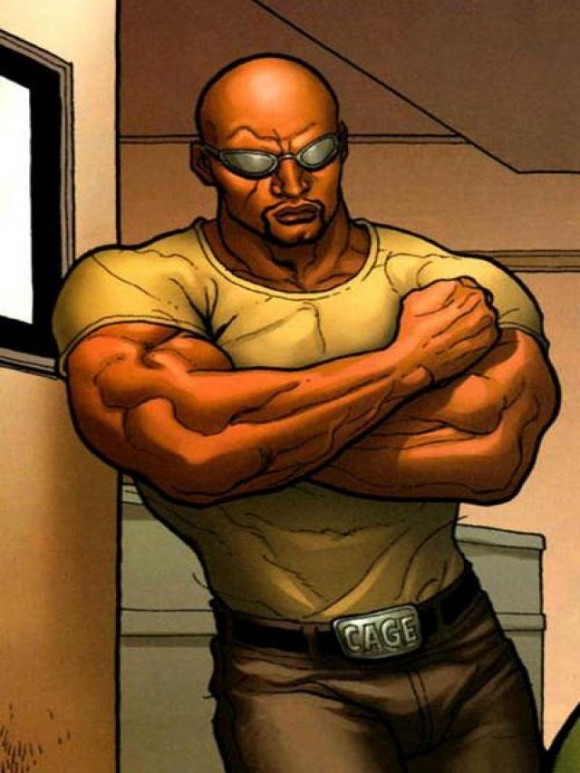 Greg: The longtime Avenger and founding member of Heroes for Hire, Luke Cage has seen quite a transformation through the years. I’m mainly familiar with him through Brian Michael Bendis’ New Avengers run. He definitely strikes me as a strong individual character.

Nick: One of two Marvel characters on my list, Luke Cage stands out to me for several reasons. His moral stand during Civil War, one of my favorite comic stories, endeared me to the character at a time when I knew very little about him. However, after researching his history, I kind of grew to love the once stereotypical man with unbreakable skin.

And overcoming those stereotypes is what makes me care so much about Mr. Cage. From his beginnings as a straight up blaxploitation character, he was eventually able to overcome his early days and become a fully realized character in his own right. His recent relationship with Jessica Jones also portrays one of the only mixed race relationships in comics, a subject that hits a little close to home for me. For all these reasons, Luke Cage earns a spot on my list.

Greg: I also love using him in Marvel Ultimate Alliance. Just had to throw that in there. 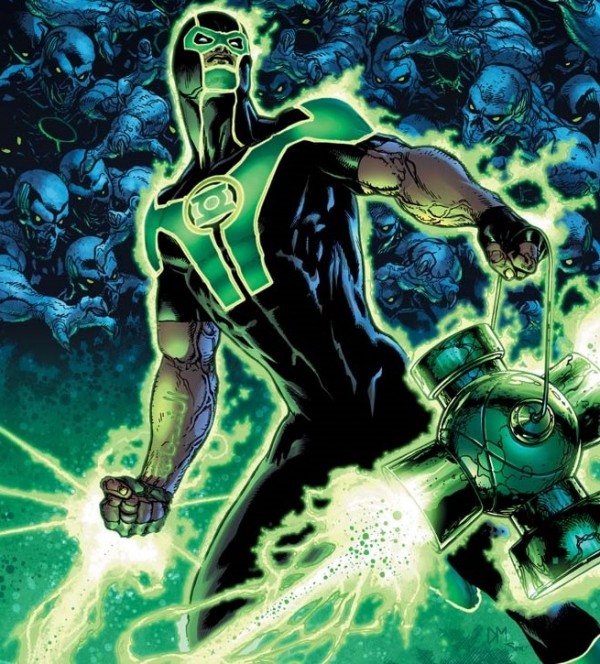 Nick: Likely the newest creation to appear on either of our lists.

Greg: Though he’s only been around for a little more than a year, Simon has already grown to be one of my favorite characters. He stands out for many reasons, but I particularly empathized with his background as a Lebanese-American dealing with the racism and fear that resulted from the terrorist attacks of Sept. 11, 2001. Geoff Johns and Doug Mahnke beautifully rendered Baz’s difficult childhood, and since I had good friends of Middle Eastern descent at the time the attacks happened, I could certainly believe the trials and tribulations faced by Baz growing up.

Nick: Baz certainly has faced an uphill battle, as the character was derided from the moment it was announced he was going to begin appearing in the pages of Green Lantern.

Greg: But while it would’ve been easy to create a character solely identified by his race or ethnicity, Johns quickly established Simon as a strong character in his own right. He’s the first Green Lantern to successfully wake someone from a coma, simply through sheer force of will. Baz’s partnership with the Green Lantern Corps’ resident squirrel, B’Dg, has only helped endear him to me. Simon has been thrust into a role he never wanted, given a weapon he’s still not sure how to use, and placed on a team he’d probably rather not be around (the JLA). Yet he does the best with what he’s been given, and I think we can all relate to that. 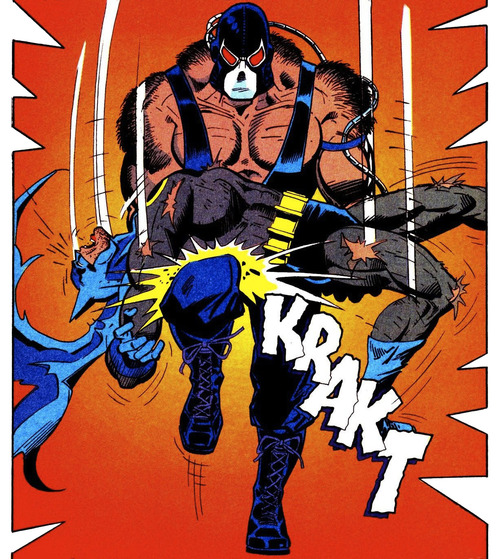 Greg: This character was recently brought to life on the big screen by the skilled Tom Hardy and is one of the last new Batman villains to really stick.

Nick: While many now think of Tom Hardy’s portrayal of Bane in “The Dark Knight Rises,” it is important to remember that the character in the comics is very much a minority. Born in the prisons of Santa Prisca, a fictitious South American island, Bane grew up in prison, forced to pay his father’s debt to society.

Greg: Bane’s origin is one of the most tragic of any villain, and even in his earliest appearances, I felt his background and motivations set him apart from most other villains.

Nick: He eventually became a very ruthless, cunning and physically imposing figure within the walls of his prison. But, once he learned of the existence of the Batman, Bane turned his attention to escaping and set his sights on ruling Gotham. With the help of the super steroid Venom, Bane came to Gotham and was able to emotionally and physically torture Batman by turning loose virtually the entire rogues’ gallery. Then, when Batman was at his weakest, he became one of the only villains to get the better of the Bat in physical combat.

While “Knightfall” (the story arc in which Bane defeats Batman) gets its share of criticism, it’s important to remember that it gave us some good things, such as the story of Bruce returning to reclaim his mantle, as well as Dick Grayson donning the batsuit. Additionally, it’s important to remember that while Bane was portrayed as a musclebound simpleton in Joel Schumacher’s “Batman & Robin,” the character was presented very much as Batman’s physical AND intellectual equal in “Knightfall.” For giving us one of the signature moments in all of comics history, Bane becomes the first of three DC characters on my list. 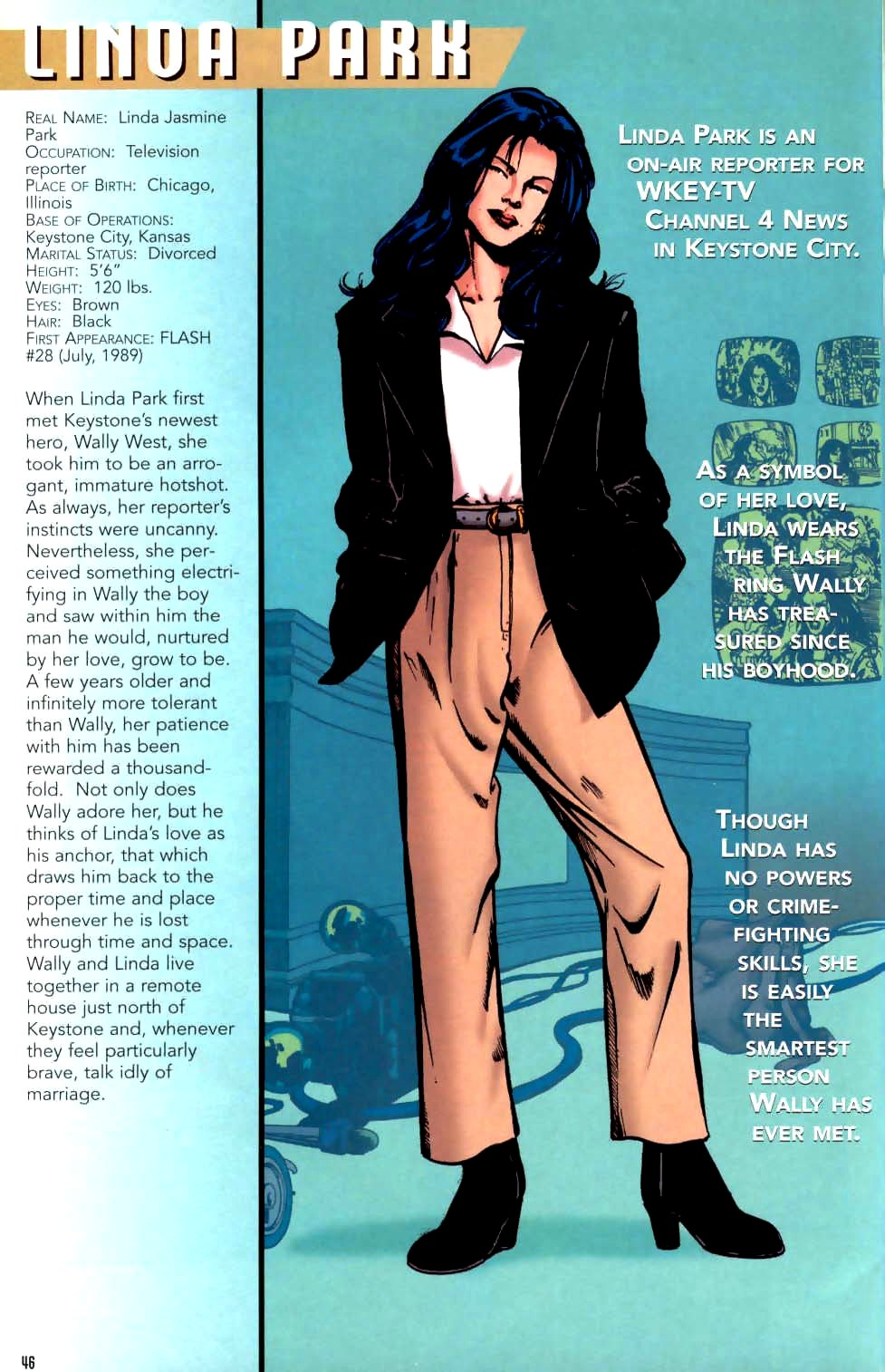 Greg: A Korean-American, Linda also happens to be one of the most well-developed love interests in the history of superhero comics.

Nick: I’m mostly unfamiliar with Linda, as I’ve never read much Flash stuff, so I’ll allow you to take center stage on this one.

Greg: She’s primarily known as the love of Wally West’s life, coming along shortly after Wally became the third man to be called The Flash. Created by William Messner-Loebs during his late-’80s Flash run, Linda was really fleshed out by writers Mark Waid and, much later, Geoff Johns. Wally and Linda had a whirlwind romance that had all the peaks and valleys that most superhero relationships do, except theirs always seemed a little more extreme.

From time-traveling escapades to supervillain threats and even through a traumatic pregnancy, their relationship endured even as others in comics fell by the wayside. Linda was Wally’s rock, there to support him or call him out whenever it was needed. But she was more than just a wife or a mother. She was an independent woman who suffered through her own doubts, troubles and heartaches, completely separate from the Flash’s.

Ultimately, I don’t hesitate to say that she deserves to rank in popularity with the Mary Jane Watsons of the comics world, even if the current DC Comics landscape makes that unlikely.

Nick: Yeah, one of the unfortunate aspects of the New 52 is that a few fan favorites are nowhere to be found. Maybe Linda’s still out there somewhere, though. 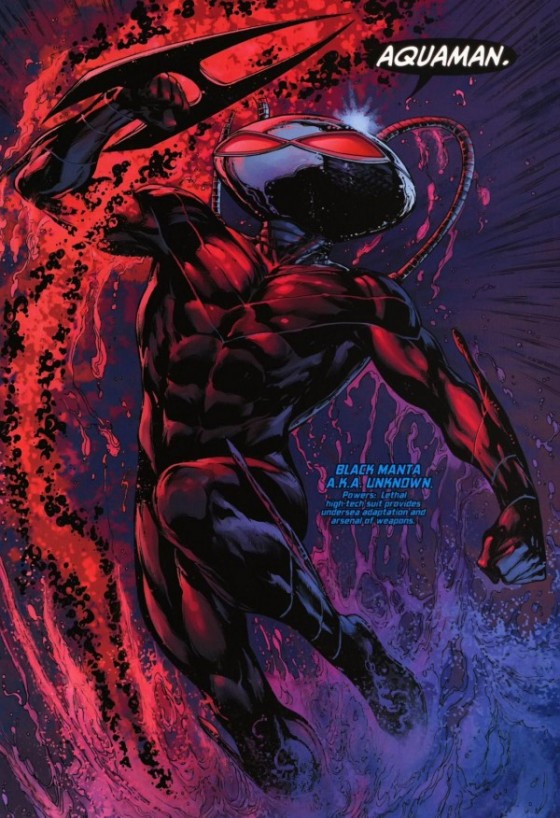 Greg: Here’s a character who has been shooting up my own personal list of favorite villains in recent years.

Nick: Black Manta is the character on my list that I’ve most recently developed a deep affinity for. Once I knew he was going to be on my list, I kept raising him higher and higher and had to talk myself out of putting him in the No. 2 spot.

Greg: The New 52 twist on the relationship only made it more interesting to me, and it was already one of the more compelling hero-villain tales in comics.

Nick: For a villain to truly shine, there has to be that deep personal distaste for the hero, and vice versa. Manta and Aquaman have that in droves, and it makes for compelling reading whenever they’re on the page together. Also, Manta is presented as one of the most brilliant tacticians in the DCU, and is an adept hand-to-hand fighter. Plus, I think his costume is pretty badass, so bonus points there.

And again, how much more evil can you be than murdering your adversary’s infant son?