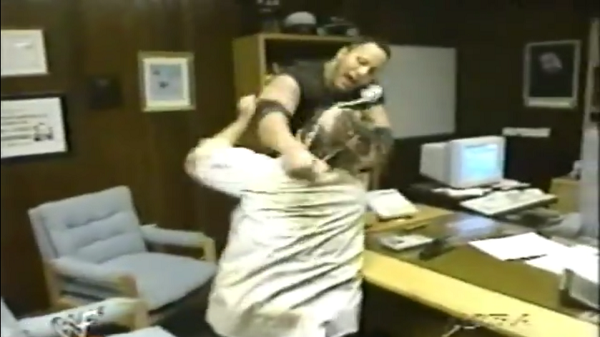 Close the windows because the Heat is on: WWF Halftime Heat from January 31, 1999!

– Why Vince McMahon would have called the Rock-Mankind empty arena match even if Jim Ross was healthy
– The true winner of the empty arena match
– The difference in how head injuries were viewed in 1999 versus today
– Shane McMahon as an announcer: the most annoying man in the world
– Chyna’s heel turn and examining it from a kayfabe perspective
– An appreciation of late 90s Big Bossman and the evolution of the character
– A look back at the fun “UFC-style” matches between Ken Shamrock and Owen Hart from summer 1998
– Triple H becomes a misogynist in putting down Chyna

Also:
– A recollection of the most boring NHL game the host attended, which was on the same date as this show
– A personal story about the Will Smith song “Miami” turns into a rant
– Low blow after low blow after low blow
– What was the actual halftime show of Super Bowl 33 that anyone watching this would have missed
– The reluctant return of Vinnie Vegas Corner!