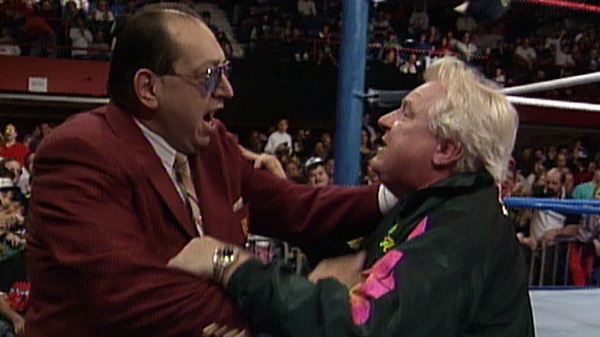 On this special episode of Greetings From Allentown, Peter pays tribute to the storied career of the late Bobby “The Brain” Heenan.

Included:
– Heenan’s feuds with Hulk Hogan and Andre the Giant that stretched for years and Bobby’s instrumental role in making WrestleMania 3 as big as it was
– The Brain’s wheelings and dealings with his charges and those he helped elevate
– His 2004 WWE Hall of Fame induction speech and how it compares with other HOF speeches both in WWE and in other sports
– Heenan as a superlative comedian
– Gorilla and Bobby: A Plan B for two different shows
– A musical tribute to the Brain’s sublime call of the 1992 Royal Rumble

One thought on “Greetings From Allentown #32: Bobby Heenan Tribute”