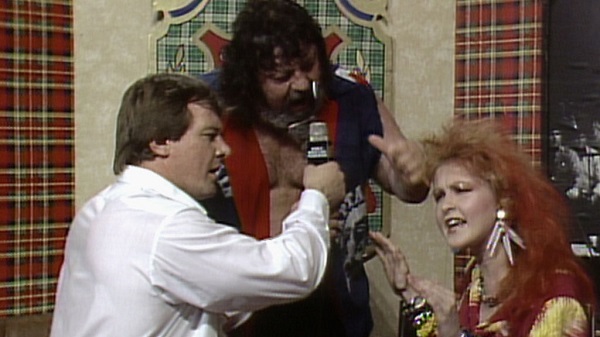 It’s back to Allentown for a look at the birth of the Rock and Wrestling Connection on WWF Championship Wrestling from June 16, 1984

– The motivations for everyone involved in Cyndi Lauper’s WWF appearances: Cyndi, Dave Wolff, and the WWF.

– Dr. D the bounty hunter and what his 1985 might have looked like had he not been fired

– Tito Santana as IC Champion: why it made sense and also didn’t make sense on different levels

– How is Bob Orton in two places at the same time?

– Feeling conflicted about “the mighty midgets”