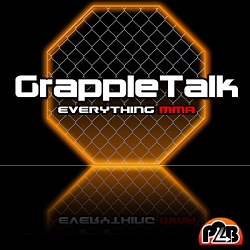 A day later than usual due to Shawn’s unhealthy obsession with frozen sports, it’s the GrappleTalk podcast! This week’s show begins a six week run of back to back UFC events, so strap in…

On the show this week:

– The UFC’s longest show ever! Machida and Jacare deliver, while the Fight Night prelims underwhelm.

– Yet another retired fighter makes comments about fighter pay and sponsor issues. What does Nate Quarry’s intervention do to this ongoing debate?

– The rise of Cage Warriors. The European MMA leader sent two champions to the UFC this week, why are they now being considered one of the world’s leading promotions?