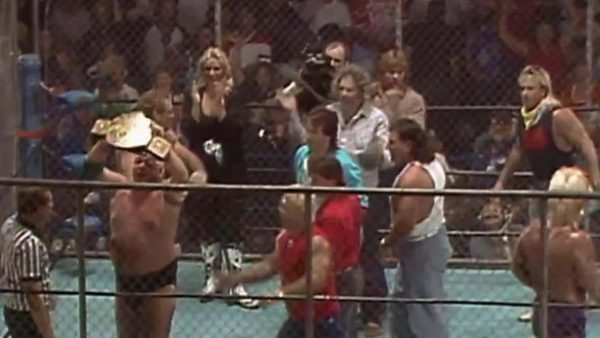 Chad and Parv and an increasingly croaky-voiced Brian wrap up the Great American Bash 86. Highlights include: Brian vs. Dave Meltzer on the Nikita Koloff vs. Magnum TA feud, Chad on Dusty Rhodes’s Red Man tobacco hat and his possible chewing habits, debate: was Dusty Rhodes placating his own ego with the cage match against Flair?, did Flair and Stan Hansen ever have a match in the 80s?, and end of show awards in which Tully Blanchard continues his quest to be MVP seemingly every show.

Tyler Kelley
Podcasts This Week In The NFL

This Week in the NFL: 2021 Divisional Playoff Weekend