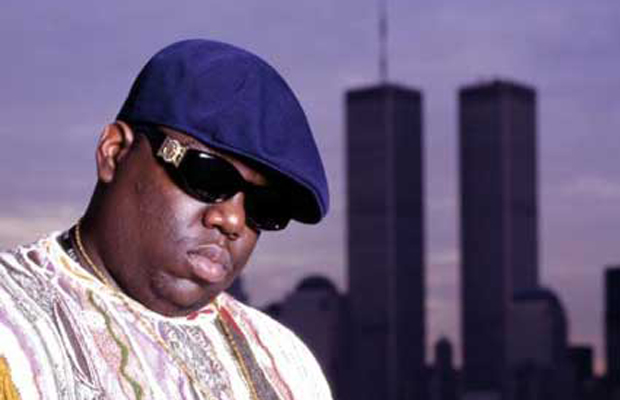 March 9, 1997. I will forever remember the day my favorite artist passed away. I was shocked and saddened. I will forever remember where I was the next day when the news really got me: Religion class at Bishop Hendricken High School. The news quickly spread through the room that the Notorious BIG had been shot to death over the weekend. One of the guys in class even offered up a prayer for Biggie during the morning intercessions. It was a sad day and that was when it really hit me that we would never hear new music from one of the all-time greats ever again.

I got into popular music later than most, mainly because every car ride of my youth was filled with B101 oldies and Lite 105 soft rock that better befit a dentist office than a summer ride to the beach. Sade? The smoothest of operators. Michael Bolton? Love truly is a wonderful thing. Aaron Neville? Everybody definitely plays the fool. Nirvana? I had no clue what they sang. By 1992 I was catching on, two years later and I was a regular MTV watcher, my thirteen year-old mind barely able to wrap itself around Janet Jackson and Salt-n-Pepa grinding on my screen, midriffs exposed in all their glory. Hell yes.

By 1996 I had found myself really getting into rap and hip hop, and why wouldn’t I? It was an awesome time for the genre. The best. East Coast vs. West Coast. Dre & Snoop vs. Biggie & Puff. Nas ruled the world. Uncle L was loungin. We had it all. And Biggie was my favorite from the get go. I can’t tell you how many times Joe Smeals and I rewound the Hypnotize single tape and listened to that beat on our way home from school. Endless repeat. On my family vacation to Florida, I wore that tape out. The B side featured I Got a Story to Tell, a story that I had memorized within a week. Biggie was banging some chick that dated a New York Knick? And then he robbed him! Get out! By the time Mo Money, Mo Problems took over the airwaves on KIX 106, I was on the Biggie Bandwagon. I had his albums and his singles and defended the East Coast in any hip hop debate that arose. Even though he could barely walk and had to be loaded into a car off screen in the Hypnotize video, the man seemed immortal to me. He would provide the soundtrack to my life for years. That all came to a crashing halt on that Sunday morning.

Two months later, the Hypnotize tape was replaced by I’ll Be Missing You, the Bad Boy Family tribute song, featuring Biggie’s estranged wife Faith Evans. Even after his passing, Biggie took over our cars for hours on end. Sure, there would be posthumous albums, and remixed songs and blended duets but I always wondered what more Biggie could have done. How he could have been the voice for generations to come. He was so young when he passed away and had so much more to give and contribute. Instead, he was a casualty of coastal war that finally died down in the aftermath of his murder.

In early 2009, I started to get giddy because a movie on Biggie’s life, something I never imagined possible, was about to hit theaters. Andrew Flanagan and I arrived at the theater within days of the release and relived our teenage years through the music and news of the mid-90s. The movie honored Biggie and I loved it. But it also made me very sad all over again. It reminded me how senseless it all was. How everything could have been avoided. Instead, we lost two great artists in Tupac and Biggie and had many more years of fantastic hip hop music stolen from us in the blink of an eye.

To this day, my iTunes playlists are overwhelmed with Biggie songs. Come to one of my parties or shoot hoops with me and you will hear at least a handful of Biggie jams throughout our time together. Anytime he pops up on the radio, the dial stops cold and I can’t imagine a day when that wouldn’t be the case.

Happy 42nd birthday, Biggie Smalls. Thank you for the memories. It was all a dream.