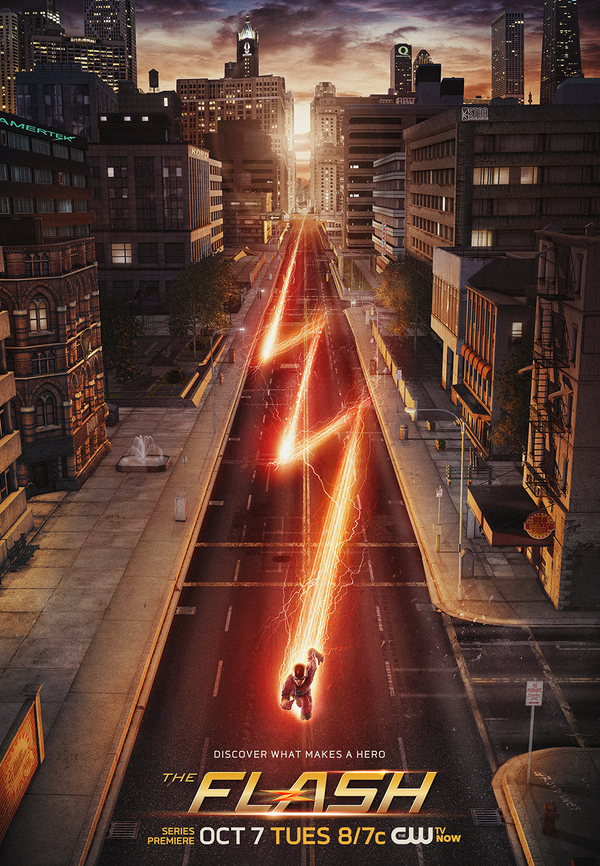 Apple picking. The crunching of leaves beneath your feet. A new school year. Baseball playoffs. Cool, breezy afternoon strolls. The start of the new television year.

Autumn raises thoughts and feelings for me similar to most, but whatever normalcy I have fades away with that last reflection. Television has always been an important part of my cultural experience. Family legend has it that I taught myself to read by perusing the TV Guide at age 2½. As a recovering TV junkie, fall is my favorite time of year. The beginning of a new television season motivates me to create a strategy for what new shows to give a chance and what returning programs get continued consideration.

I admit that the process is more difficult than in the past. In the days of three or four major networks, everything launched at approximately the same time. First-run programming on cable added to the complexity and, really, the explosion of streaming and alternative delivery systems the last year made it damn near impossible to create a viewing schedule. Many of the critically acclaimed shows now appear in shorter seasons, spread out through the spring and summer, making the fall premiere season less of an event than years past.

As my children get older and demand more time and attention, it gets more difficult to watch the ten to fifteen shows that I used to inhale. Despite this, I decided to continue my outdated, yet traditional, method of choosing my entertainment. I headed down to the local newsstand, picking up a hard copy of Entertainment Weekly’s fall television preview. Sadly, the days of TV Guide’s triple-sized digest preview have come and gone, but at least one traditional print company understands my addiction. I exhaustively read the preview for every new and returning show (with career and family obligations, this takes nearly a week), before making a preliminary list. This is then cross-checked with my wife’s selections, as she has lovingly joined in for a condensed version of my game (hers takes about ten minutes). I stop short of making a spreadsheet, as DVR has rendered this organizational technique obsolete (I only did it once, honest!).

My day job forces me to be more reflective than I would necessary like, so I’m beginning to realize my practice is less about the television schedule and more about nostalgia for childhood. Really, it’s more about the novelty of discovering new shows than the quality of the programs themselves. There’s some kind of comfort in a yearly ritual of dog-earing magazine pages and thinking of entertainment that counteracts the stress of a new school year, job changes and family worries. And the content of the few shows my wife and I watch together is mainly irrelevant –  it’s more about spending time next to each other, spring boarding into conversation or merely relaxing, letting go of any these burdens for a few brief moments. Anyway, it sure beats one of those strolls in the 40 degree, rainy Wisconsin autumn evenings.

So what made the cut this year? Three new network programs:

The Flash (CW): Occasionally, marketing executives get into a room and decide how to pitch a show or product directly to people like me. They hit a home run here. One of my all-time favorite super heroes in a time when production companies can afford the kind of special effects to make the action seem realistic, not cheesy. And to tap into the nostalgia factor, they cast the original television Flash, John Wesley Shipp, as a character on the show. Add the lead from the criminally underrated Ed (Tom Cavanaugh), and you have a must-see show for yours truly. There are rumors that the show might devolve into camp, which frightens me. A sense of humor is a must for any mainstream comic book adaptation, but there’s a fine line between fun and schlock.

Marry Me (NBC): Every couple needs a cute romantic comedy to watch together. I believe it’s included in the wedding vows. As a closet elitist, I prefer my rom-coms to be irreverent and smart. How I Met Your Mother started off that way, but deteriorated in quality over the last few seasons. Another NBC show, Up All Night, with Will Arnett and Christina Applegate, was an early favorite until behind-the-scenes disagreements led to several thematic changes, destroying the original intent of the show. Marry Me comes with the pedigree of the late, beloved cult sitcom Happy Endings. The original writer of that show, David Caspe, writes and produces his wife, Casey Wilson (also of Happy Endings fame) and Ken Marino, as a couple on the precipice of engagement. They’re inseparable, but are they compatible? PTBN favorites Andrew Riche and Jordan Duncan constantly recommended Happy Endings to me, so I’m excited to give this quirky comedy a chance.

Red Band Society (Fox): The compromise. It’s the first choice of my wife, and likely the first to get the axe if it falters. One of the many adaptations of Spanish and Mexican shows this season, Red Band Society twists the tired but true hospital trope, focusing instead on the adolescent patients in an inpatient pediatric wing. The ensemble cast is headed by Oscar winner Octavia Spencer (The Help) as a no-nonsense nurse. The pitch as a dramedy holds potential, as the setting could lead to depressing story arcs. Reviews based on the pilot have been mixed so far. If the show caters itself towards adults, I’ll give it a chance, but if it points towards the adolescent and pre-teen themes of Glee, I’ll be done by episode three.

Last Week with John Oliver (HBO): Though it debuted over the summer, Daily Show alum John Oliver has the smartest, wittiest show on television, focusing on issues often glossed over by the cable news networks. The weekly format allows Oliver and company to delve deeper into subjects, producing a show that must make Oliver’s former boss, Jon Stewart, bow his head in respect (and jealousy). A must watch.