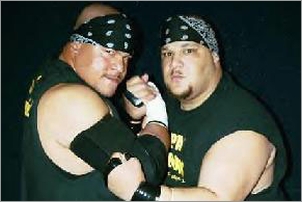 Kris is joined by Rob Naylor and WES HATCH!!!!! to discuss some of the great workers of the independent wrestling scene of the early 2000’s such as Teddy Hart, Jason Cross, Da Hit Squad, and many others plus we discuss the legend known as Nick Gage. Listen to us go nuts about Brian XL & The Spanish Announce Team!!!​​