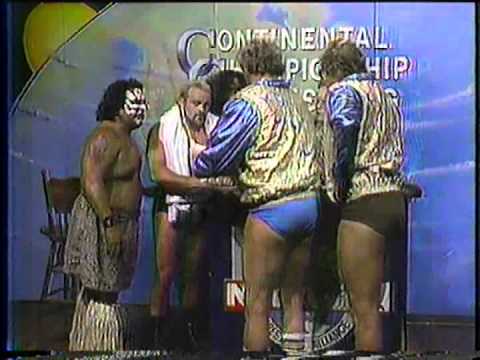 Kris is joined by Karl Stern (Dragon King) for the first hour plus and Beau James (King of Kingsport) for the duration to discuss July 1986-June 1987 in Continental Championship Wrestling. We discuss all the major angles and matches that took place during the year plus other great tidbits surrounding the promotion. Kevin Sullivan makes his debut, Stud Stable turns babyface, New Guinea Head Hunters coming from under the ring, and lots more. This is a tremendous show so LISTEN NOW