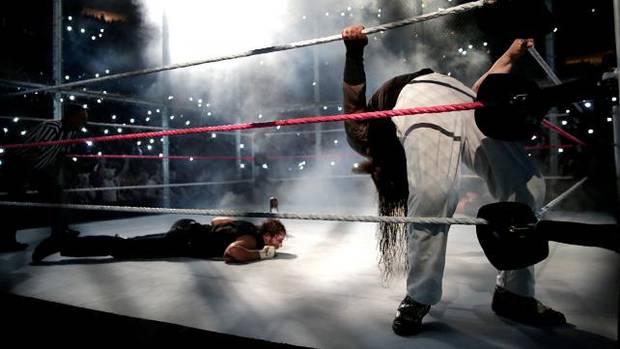 Two weeks ago, WWE announced their Network numbers, and to no shock, they were less-than-stellar. WWE then decided to disband the six-month commitment, add more to their on demand library and give away a free 30-day trial. To lure in the non-subscribers, one would assume that WWE would try to make Survivor Series awesome. But who even knows anymore what this company’s objectives are.

After two months of drought, though, WWE’s product has become somewhat watchable again, and it mostly has to do with Randy Orton. His new raged out babyface persona has injected some freshness into the product. He has went through a lot of peaks and valleys throughout his career. His character has been on fire or stagnant – nothing really in between. Before, he was meandering and just trying to do enough to stay relevant. But now, his character has arced and shifted into a more intriguing direction.

In contrary to most WWE babyfaces, Orton expresses actual human emotions. When someone attacks him or screws him – he intensifies with exasperation and anger. Simply put, he is not a goody-goody phony babyface who is too concerned over its uprightness and he becomes mundane as a result. He is one that acts upon his emotions and allows practical things to trouble him, which makes him more human-esque.

And besides, not every babyface should be an exemplary role model. In truth, a babyface does not have to be perfect. They just need to have appealing characteristics. And frankly, a character’s weaknesses are more interesting than its strengths anyways – which is why most fans found the characteristically flawed CM Punk more interesting than the purely unadulterated, goody-goody John Cena. Hell, that is also why Jeff Hardy was so genuine in his underdog role. He had his problems and flaws, but they both made him sympathetic and caused the fans to like him more.

Speaking of compelling babyfaces, Dean Ambrose is now feuding with the returning Bray Wyatt. In early-to-mid October,  Ambrose was emerging into a unique role. His actions and promo made him seem ahead of the curve. The character was not falling for hackneyed traps conventional babyfaces fell into while some of his promos were breaking the fourth wall. But he unfortunately went back to being the “lunatic fringe”. Don’t get me wrong: I am not denying that he is amazing at playing loose cannon. It just felt like WWE were on to something with the sharp-witted, ahead of the curve gimmick.

The Ambrose vs. Wyatt feud did not start with a bang. There is no sugarcoating how bad the HIAC main event’s conclusion was. It downright sucked. This feud a few months ago would have been a dream match to some. Now, however, it is not even close to being one. In fact, most fans are not very excited about their match nor are they excited about Ambrose being shipped back to the mid card.

Wyatt has not only lost his aura, but fans have also seemingly lost interest in him. This does not mean his future is hopeless. He has talent and the aptitude to portray a mesmerizing character, but it will take more than a few weeks off and more ill-defined promos to resolve his dilemma. While his promos are unique, they now seem like they’re mysterious for the sake of being mysterious. Both Wyatt and creative should be more concerned on getting across his motives and messages because it does not matter how mysterious his promos are if they do not make sense. 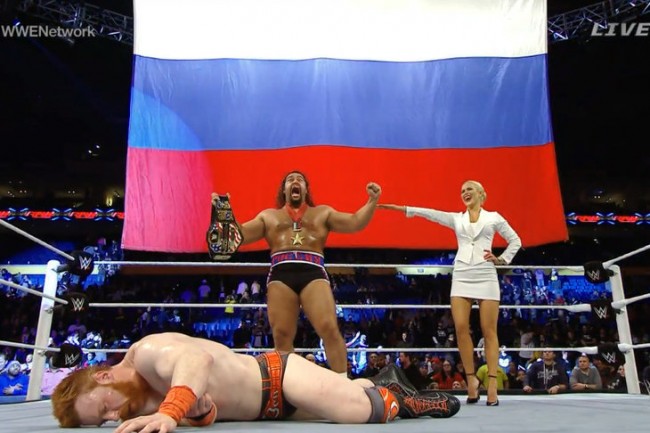 WWE putting the US title on Rusev was a good decision. However, WWE could have booked it much better. There was minimal build behind it. The company should have spent time building up how important the match was and what a disgrace it would be if he won the title. They instead had Sheamus lose to Tyson Kidd and Rusev squash Zack Ryder. Neither of those booking decisions made anyone look forward to the exclusive Network title bout.

Frankly, booking decisions like this makes me wonder if McMahon is losing his mind. This was something TNA would have done – a company that ran off thousands of fans because of their inept booking decisions – as WWE tried to get from point A to point D by skipping B and C. Some people call it hotshot booking. I would personally call it lackadaisical booking.

In the Survivor Series main event, Team Cena will take on Team Rollins. It has not been determined who all the wrestlers will be – and your guess is as good as mine. Nonetheless, it has been a long time since WWE put some thought into a traditional Survivor Series match. Typically, they just throw together two teams and then they wrestle over nothing. This time, however, there is something on the line. If Team Rollins loses, the Authority must disband. When done right, stipulations can have a huge positive effect on a match.

Because of short-sighted booking, WWE has made wins and losses barely matter. So, every match that does not have any ramifications are essentially pointless. Survivor Series’ main event, however, might have a major affect on the landscape of the company, due to the ramifications elevating it from a standard match all the way to an important one.

Like a smart man once said, the first step to fixing a problem is admitting there is one. WWE can keep unloading their entire library on the Network, or they can acknowledge their problems problem. These problems have been happening for years, and they have driven countless of fans away. But it is finally hitting WWE where it hurts the most: their wallets.

What seems to be the problem?

The company’s formatting, presentation, announce team, lack of emphasis on the midcard, lack of new top guys, conservative booking, shortsighted booking, recycled booking, nonsensical booking, goofy booking…the list just goes on and on about why people have become fed up with this company. While the past two weeks have been a minuscule step in the right direction – they still have a long way to go before they make their product a must-see one again. And ameliorating the product may be the only thing left to improve the Network’s subscriptions.

As it stands, CM Punk famous shoot comments are truer than ever: McMahon is a millionaire that could be a billionaire, if he did not allow his ego to intervene with business.