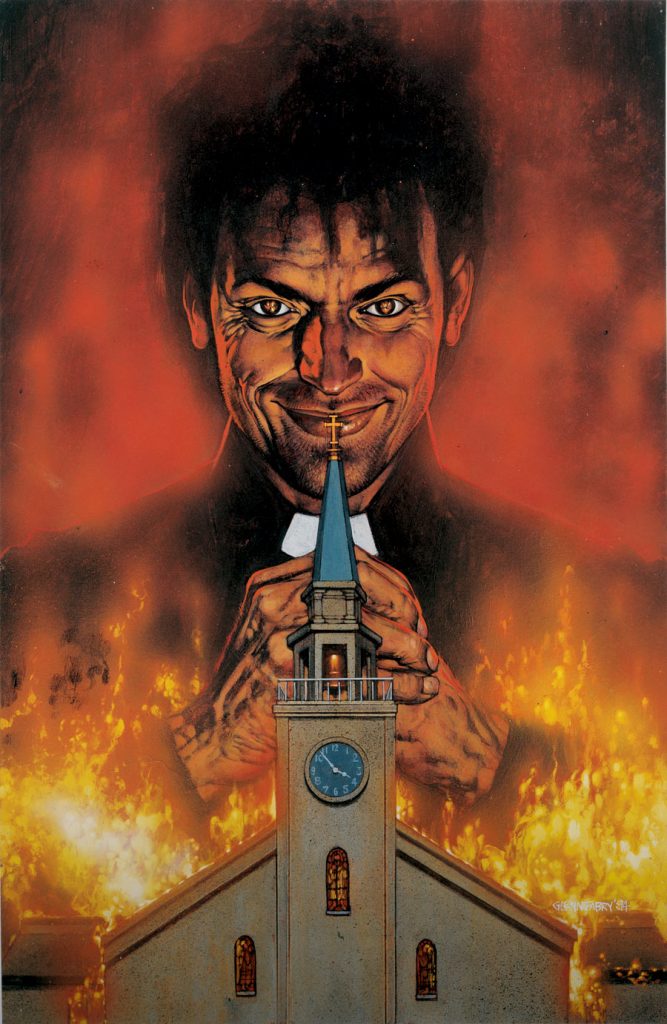 I was introduced to the comic book Preacher during my second year of college, around late-1998. A clerk at my local comic shop thought I would enjoy it.

Preacher was violent, it was profane and it was frequently over the top. I bought the first collected edition, “Gone to Texas,” on the clerk’s recommendation. It intrigued me enough that I picked up volume 2, “Until the End of the World.” Halfway through that volume, I was hooked.  I devoured the book after that, buying the trades until I caught up and then started reading it monthly until the end of the series in September 2000.

Written by Garth Ennis with art by Steve Dillon, Preacher debuted in 1995 under DC Comics’ Vertigo imprint. The story focused on Jesse Custer, a reverend in a small Texas town, and his search for God. This isn’t a metaphor; powered by the “Word of God,” Custer and his allies were searching for a Creator that had quit its creation, to make him answer for a list of perceived wrongs against His people.

Preacher was a ground-breaking comic for the mid-1990s. It was a condemnation of religion while encouraging people to have faith in those you cared for. It was a road trip throughout the country. It was a Western imbued with sci-fi/fantasy elements. Most importantly, I think, Preacher was a love story.

The relationship between Jesse Custer and Tulip O’Hare was one of the biggest draws of the comic. The couple had been separated for five years when the story opens, as Tulip discovered Jesse in his church, which had just been vaporized by the Genesis entity that gave Custer his power. Tulip’s curiosity over why Jesse left her – and why he’s a reverend – drives her to stay with Jesse on his journey, along with Cassidy, the Irish vampire who rescued Tulip from a botched firefight. No big deal.

This is, of course, a preliminary overview of the beginnings of a very detailed series. Over the course of 66 issues, Ennis and Dillon introduced a number of perverse and eclectic characters. Angels, demons, an evil grandmother, secret religious sects, an immortal killer and the Almighty himself make appearances in the story. 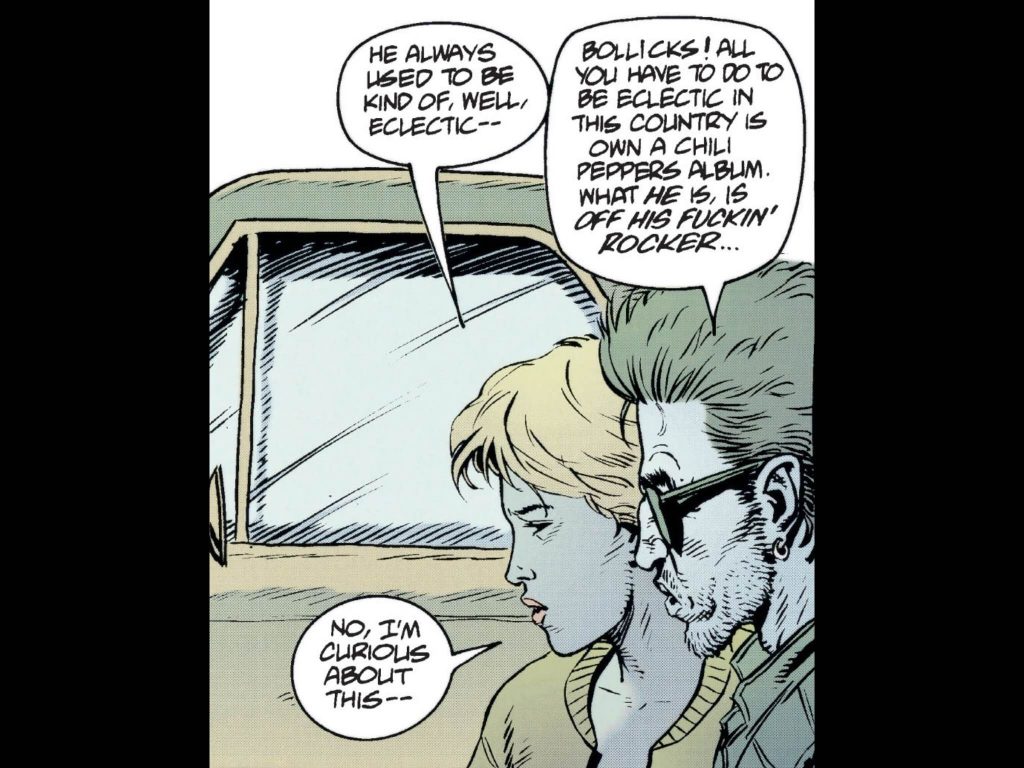 Over the years, a live-action adaptation of Preacher has been discussed a few times, but things never fell into place. A live-action adaptation always seemed like a pipe dream to me. A series like Preacher would have to be on something like HBO, I thought, because no broadcast or cable network would risk the ire of Christians for a TV show based on a comic. If Kevin Smith’s movie, Dogma, received a smattering of uproar, a Preacher show might in fact lead to the end of the world.

And then, not too long ago, a pilot was filmed and the show was picked up. I still don’t believe it. And seeing advertisements on buses and subway platforms will always be a bit surreal to me. 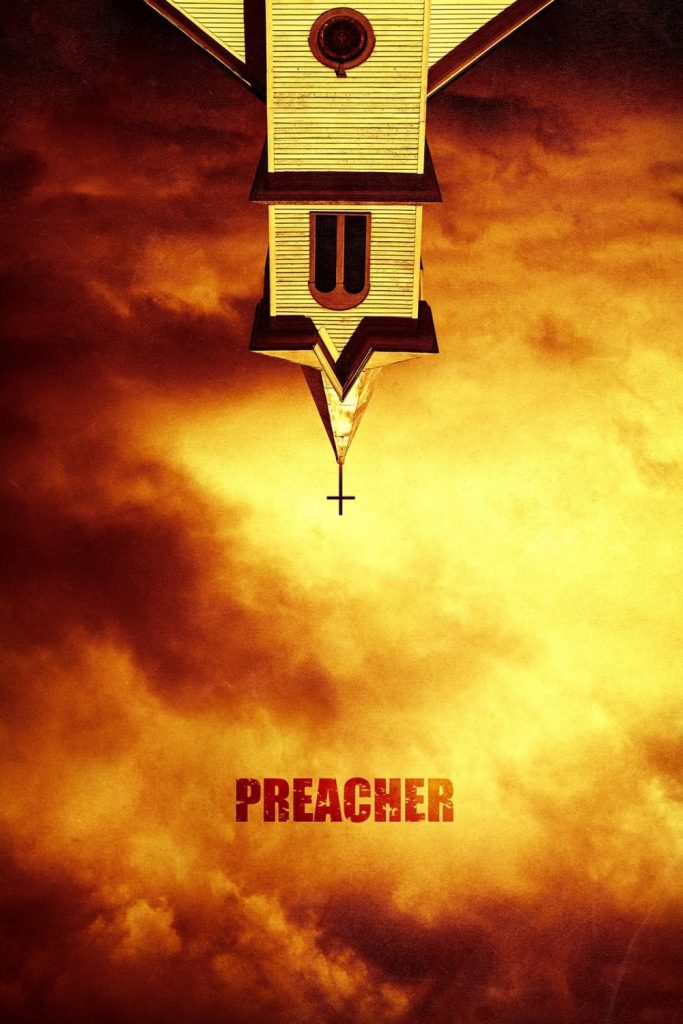 On May 22, AMC debuted the first episode of its new live action Preacher series, starring Dominic Cooper as Jesse. The new series deviates wildly from the source material. Jesse Custer is seemingly no longer a stoic cowboy forced into his work as a reverend. The pilot episode also established that the show would be – at least for the foreseeable future – set in the small Texas town where Jesse lives and works instead of taking the main characters on the road.

The live-action Tulip, played by Ruth Negga (Raina on Agents of SHIELD), feels closer to her comic book counterpart than Jesse. Her appearance may have changed from a blonde white woman to an African American, but her spirit is intact. Cassidy (Joseph Gilgun) struck me as a spot-on rendition of the comic book version, a force of nature who is frequently in some sort of trouble.

The most faithful adaptation from the first issue to the first episode came as the show opened in Texas, with Jesse walking towards his church. Willie Nelson’s “Time of the Preacher” played over the landscape. Ennis used the lyrics to the song as captions in the opening pages of the first issue.

It’s only been one episode, but the changes to the story are already plentiful. This isn’t necessarily a bad thing. I’m willing to give the show a few more episodes to see how things are going to play out. I’m encouraged by the irreverent feel the show gives off. The action, the humor and the tone of the pilot episode feels like something Ennis and Dillon would produce. I’m anxious to see how the show handles the relationship between Tulip and Cassidy, who spent most of the early parts of the series taking verbal jabs at each other.

The pilot episode got an encore showing this past Sunday, as AMC also debuted Talkin’ Preacher with Chris Hardwick. We won’t get a second episode on TV until June 5, and that should give us a pretty good idea of how faithful to the comic series the TV show will be.