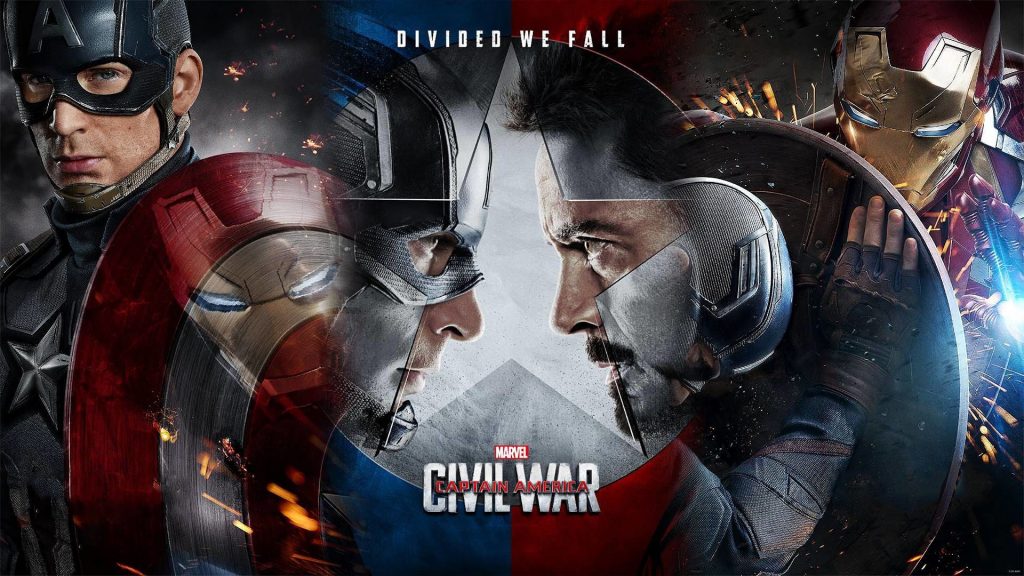 Why do superheroes feel the need to fight each other in 2016? Shouldn’t they just put differences aside and work together toward a common goal? We all know they’re going to get through this and fight the real bad guy at the end, right?

Captain America: Civil War lives up to its namesake and then some with what might be the best hero vs hero battle you’re ever likely to see on screen.

Comparisons to Batman v Superman: Dawn of Justice are as inevitable as they are wrongheaded, though. Make no mistake, the differences between the two universes couldn’t be more evident after seeing both of these films.

This fight has been building for some time. After every incident the Avengers have been involved with, either as a team or individually, there’s lots of collateral damage. While the other movies have somewhat glossed over the human cost of these movies (yeah, lots of people died in them, too), Civil War tackles it head-on.

Tony Stark/Iron Man (Robert Downey Jr.) has taken his leave of The Avengers after Age of Ultron, but he’s still very much aware of what’s going on with them. And he agrees with the U.S. Government that some kind of control measure needs to be in place to make sure the team is handling situations the best way possible, especially those that might cause international incidents, kind of like what happened in Age of Ultron…twice.

Steve Rogers/Captain America (Chris Evans) thinks that’s a short-sighted view and that The Avengers are capable of operating independently and more effectively without government oversight. Especially since the last time Steve decided to work with a government agency they turned out to be infiltrated by Hydra at nearly every level. To say there are trust issues is an understatement.

But, of course, there’s a much bigger picture here and a new villain who might just give Loki a run for his money for being the antagonist you hate to love. Seriously, Zemo (Daniel Brühl) has arrived and he is realized in a way that few Marvel villains have been up to this point.

Directors Anthony and Joe Russo (Captain America: The Winter Soldier) are basically in tryout mode here. They’re taking over Avengers from Joss Whedon and it looks like they know how to handle a big story with lots of characters fairly well.

The title may carry Captain America’s name, but this could just as easily be titled Avengers 2.5.

And The Russos along with Tom Holland and Chadwick Boseman, who play Spider-Man and Black Panther respectively, deserve a lot of credit. This movie’s task is no small one as it seeks to introduce a new cast of heroes and villains all while setting the stage for Marvel Phase 3.

On the set-up side, it mostly succeeds. There’s a sense of payoff that comes from this movie, but the more exciting beats are, once again, from the possibilities of what’s to come.

This can be an inherent weakness in the Marvel Cinematic Universe as a whole since it seems like every film is focused more on what’s to come rather than what’s right in front of it. Luckily the Russo Brothers understand this and never let the movie lose sight of the fact that it has a story to tell first before it sets up the next one. Though every once in a while it does seem like someone whispered in their ear “you gotta do this fan-service bit or they’ll say we’re taking it too seriously.”

Evans and Downy shine, as always, in their roles and are pretty much the whole reason we as a fandom still love these movies. They’ve become their characters and embody them so well that it’s very nearly impossible to imagine anyone else playing them.

Their convictions come through and each knows how to deliver an impassioned argument for their point of view, which can be a tricky thing to pull off clearly in such a big summer blockbuster.

Probably the biggest payoff from the previous Captain America films comes from Bucky/The Winter Soldier (Sebastian Stan). His story is essentially the heart of the Captain America trilogy and it hits hardest here. Stan has become his character as much as any of his co-leads and seeing him fighting to regain who he was while dealing with the ramifications of what he’s become might just be the movie’s biggest emotional highlight.

One thing this movie still misses on somewhat is something the MCU films have missed on since the beginning: the leading female roles are sorely underwritten.

Black Widow (Scarlett Johansson) embodies her character as well as any of her male counterparts, but is once again saddled with a support role that ultimately does very little to advance the story. At least in Winter Soldier she was integral to the plot and had some of the best action scenes of the film.

Here, she gets some cool action and quippy dialog, but the substance of what she’s dealing with post-Age of Ultron is relegated to background noise at most when it should have been a huge factor in the story.

Sharon Carter/Agent 13 (Emily VanCamp) has great chemistry with Evans’ Rogers and even has one fairly good action scene. But, after some great emotional setup for her character, it’s all brushed off quickly to move onto “more important matters.” There’s room for payoff later, but we’ve been waiting on that since Winter Soldier.

Scarlet Witch (Elizabeth Olsen) at least gets a bit more screen time here than she did in Age of Ultron and the emotional beats between her and The Vision (Paul Bettany) wind up carrying more weight than expected and lead to some unexpectedly great character development for both.

But if it’s a fight you came to see, you won’t leave disappointed.

Once these two sides square off and go at it, it’s a true feast for the eyes. The action is fast, but never blurry. The choreography is off-the-charts electric and might be the best fight scenes ever in a superhero film. And that’s throughout the entire film, not just the last battle!

While there are still plenty of movies to come this year, this is easily the top contender for the most exciting. Disney/Marvel have their formula down to a science now, but it’s a good formula so we’re all too happy to accept it. Hopefully the Russos can keep bringing a little bit more new flavor to the future films to ensure we keep coming back.