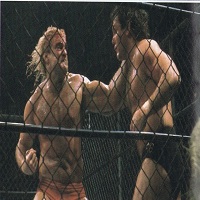 Kris & David are joined Bruce Mitchell (Pro Wrestling Torch) to discuss the week that was October 13-19, 1986. We discuss the tragic car wreck that ended Magnum T.A.’s career in the ring and how the territory was affected from it. We also discuss the impending departure of Hacksaw Jim Duggan from the UWF, the return of Roddy Piper to the WWF, Riki Choshu to WWF?, and Mad Dog Vachon in his new role in life as……INSPECTOR GOURMET!!!!!!