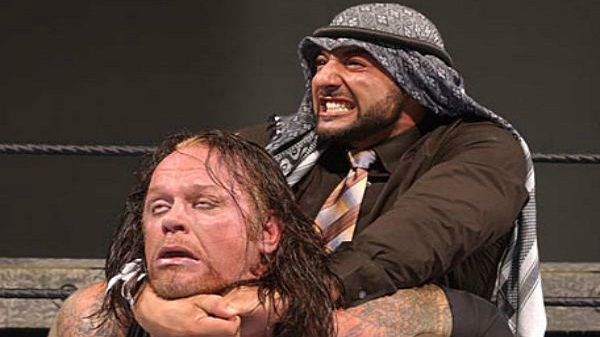 Kris and David are back with a ridiculously news-packed episode covering the week that was July 5th-11th, 2005, which was requested by a Patreon backer. We open with the death of Shinya Hashimoto, trying to parse the exact circumstances of his departure from NJPW, plus looking at his health and the rise and fall of Zero-One. On top of that, Jim Cornette is fired by WWE for slapping the future Santino Marella, the Summer of Punk rolls on in ROH, Kenta Kobashi vs. Samoa Joe is officially announced, Gene Snitsky teams with the Kings of Wrestling against Jimmy Snuka (and admires Lita’s feet), “Hogan Knows Best” debuts, WWE cuts a bunch of wrestlers including two married couples while negotiating with Brock Lesnar, AND the Mohammad Hassan/Undertaker beheading knockoff angle airs on the day of the 7/7 terrorist attack. One of the most loaded shows we have ever done, so check it out!