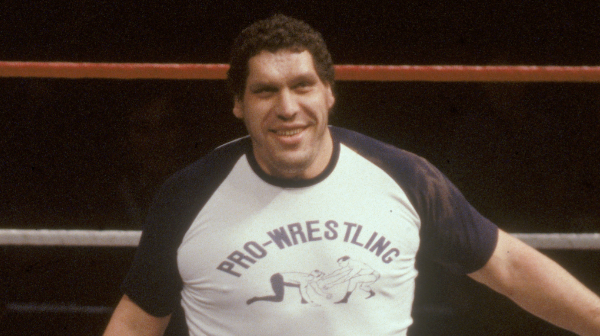 May 19, 2016 marks what would have been the 70th birthday of the late, legendary Andre the Giant. By the time I became a wrestling fan, Andre was on his very last legs. My first exposure to the Giant was as one half of the tag team champions alongside Haku as the Colossal Connection, a reign that culminated in a red hot loss to Demolition at WrestleMania VI. After the match, he turned face for the first time since early 1987, smacking around Bobby Heenan and riding off into the sunset on a motorized ring cart. The big question then loomed: was Andre done for good? Or would he get a brief run as a top face with a farewell tour to close out his iconic career? Even if he couldn’t compete week-to-week, I think many fans assumed he would get at least one more match to officially say goodbye.

After competing on a short tour of Hawaii and Japan, Andre vanished from WWF TV for the rest of 1990. He would spend time competing in Mexico and Japan, but WWF fans of the Giant finally got a glimmer of hope late in the year when Andre was surprisingly announced as a competitor for the 1991 Royal Rumble match. It seemed like the perfect setting to say farewell for a guy like Andre as his trademark match was always the battle royal. He could be showcased by running through some fodder and standing tall before getting ganged up on and shoved to the floor. The brief window of fantasy booking slammed shut quickly as on the 12/29 Superstars, Vince McMahon revealed that Andre was injured in a match in Japan and would now miss the January PPV. The Giant would finally resurface shortly before WrestleMania VII, backing up the Big Boss Man in his feud with the Heenan Family, paying off the split from the year before. He would actually step in the ring twice on house shows: once teaming with the Rockers against the Orient Express & Mr. Fuji in Ireland and once in a Detroit battle royal. Otherwise he popped up here and there in the corner of various faces, assisting in victories where he could. 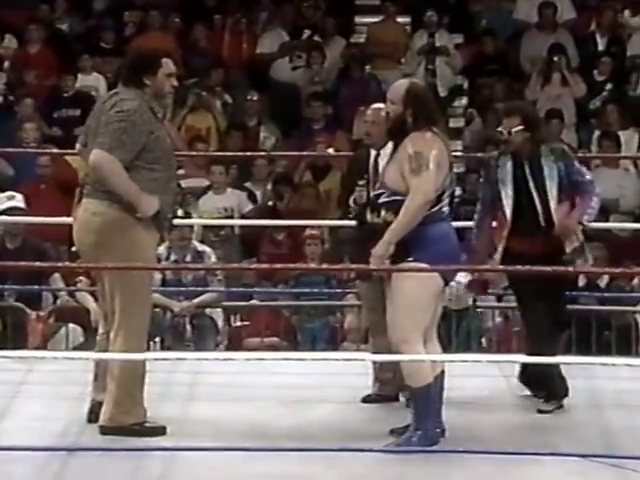 His final WWF storyline would kick off in late May when it was revealed that Andre was prepping for an official return to active competition and was searching for a manager. He spent week after week torturing all the heel managers on the roster by shoving a pie in Mr. Fuji’s face, spanking Sensational Sherri, locking Slick in the trunk of a car and squeezing Bobby Heenan’s hand as he crumpled in pain. That left Jimmy Hart as the last man standing and he and the various WWF TV personalities assumed things were in the bag. Hart’s plan was to team Andre with Earthquake to help protect the Nasty Boys’ tag team titles. However, on the 6/1 Superstars, Andre turned Jimmy down as well. Before we could get any additional details from the Giant, Quake viciously assaulted Andre, destroying his knee and leaving the Giant as a heap on the mat. That would be the closest WWF fans would get to seeing the Giant in action again. Hart would lure fan favorite Tugboat to the dark side and rebrand him Typhoon to take Andre’s slot as Quake’s teammate. Andre remained on TV in various interview segments and also continued to work house shows as cornerman.

Around this time, Earthquake also had created another major enemy when he murdered Jake Roberts’ beloved snake Damien in the middle of the ring. Roberts was hellbent on revenge and suddenly he and his former rival Andre had something in common: a desire to eradicate the Quake. With Andre backing up Roberts in matches around the country, word started to circulate that the two would team up to battle the newly christened Natural Disasters at SummerSlam. It was even part of WWF Magazine’s SummerSlam preview edition. I was psyched. It was such an awesome match on paper and finally seemed like the perfect potential farewell, with Andre teaming with one of his most synonymous WWF peers to win one last big time tag battle. Andre could even be hidden on the apron and protected as he was throughout his run with Haku. Alas, it wasn’t meant to be. Andre just wasn’t able to pull it together and the company decided to switch gears completely, turning Roberts into a dark, disturbed heel and showcasing the Disasters with a SummerSlam win to help prep them for bigger things. Andre would show up at SummerSlam, cornering for the Bushwhackers as they were defeated by the Disasters. It would be his final on screen appearance for the WWF.

The Giant would join the company for a European tour in late 1991, assisting the British Bulldog in matches with Earthquake and would also step back in the ring in Japan in 1992. His final US TV appearance came as an invited guest to WCW’s Clash of the Champions XX. His appearance was brief but it was really cool getting to see Andre honored one last time as a true legend. The next time we heard about him on WWF TV, it was the sobering announcement of his passing in January 1993. WWF immediately honored him with moments of silence at shows across the country and by making him the first official honoree of the WWF Hall of Fame. 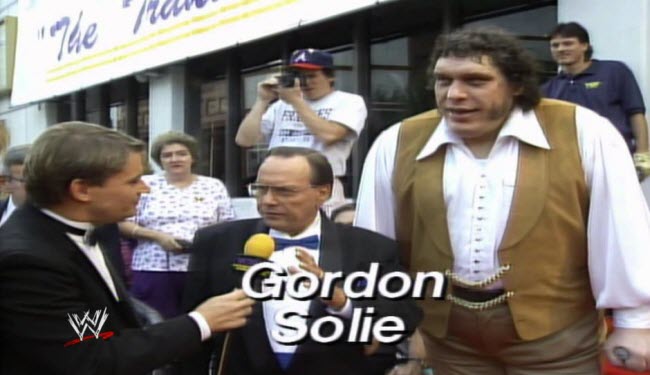 Over the years, I have now seen much more of Andre’s career, from his early days right through the end. Whether he was slimmed down and bouncing around the ring or standing ominously across Hulk Hogan in the Silverdome, the Giant always found a way to create a memorable match and moment for fans across the world. However, we will always be left to wonder what could have been if he was able to squeeze one last run out on WWF TV in 1991. Seeing him stand tall next to Jake Roberts victorious, getting one last ovation inside Madison Square Garden would have been an awesome farewell moment for an icon. Happy Birthday Boss and thanks for the memories.