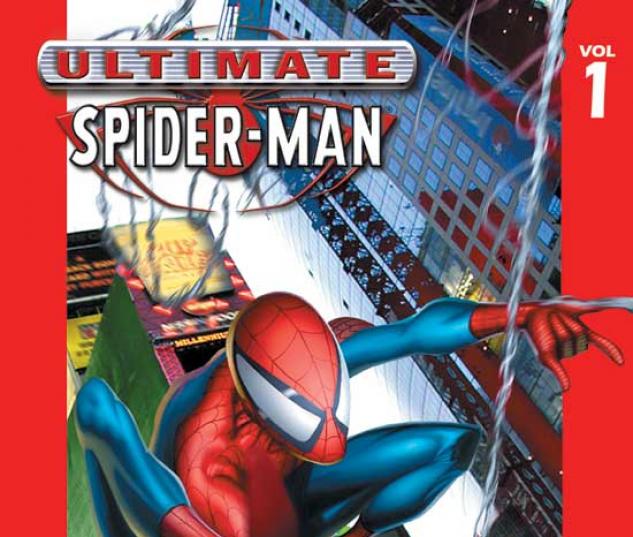 I can remember where I was when I first heard there was going to be an Ultimate Spider-Man. I was working for less than minimum wage at a local comic shop, loving every minute as it allowed me to discover things like Kingdom Come, Sandman and what Good Ol’ Odin Quincannon was doing with all that meat. My comic sensitivities were changing. I was changing. Sure I had loved Spider-Man before, but my Spider-Man was one that came with holo-foil covers, a Spider-Man whose best friend looked like he had a pumpkin farm for a haircut. My Peter Parker was perfect and I loathe change almost as much as I hate the future (while not nearly as much as I hate the past and present).

You have to remember too that slapping a hyperbolic adjective in front of something was a surefire way to make it suck a flaming bag of hammers. SUPER Contra was just a watered down version of war with little of the bloodlust and PTSD from that fucking waterfall. ULTIMATE Frisbee was and always will be a waste of a life. Ultima 4: The Quest of the Avatar was a hell of a game, but I think we can all agree that with any rule there are exceptions.

So I picked up Ultimate Spider-Man. It was my job. The art was weird. It looked like a cartoon. Mary Jane was no longer the object of every fantasy I had ever had regarding red heads. I mean she was cute, but overalls???? Girls I knew in high school wore OVERALLS. It took FOREVER for Peter to even become Spider-Man. They spent so much fucking time with the teenagers that it almost felt like they were trying to forge an emotional connection between them and the audience. The dialogue was OK though. Witty even. There was an authenticity to it that almost brought me back to high school. Lame. So lame that they neglected to include things like the great food fight of 1997 or Orange truck brawl 6.

Where though was the big bad? Where was the Norman Osborn I grew up fearing? Where I come from Norman Osborn has been dead for nearly twenty years, and we kept him dead. He haunted us from the grave. This was Spidey’s ultimate villain. This was the man who killed the love of his life. This was a GOD DAMN second rate abomination!!! I was appalled. Outraged. I wanted to put my fist through the comic as though I was back in my living room playing Pilotwings.

These teenagers though… were just fascinating. So I held on. By issue ten I was so invested in Peter Parker that I was actively hoping for Spider-Man to go away. I wanted to see him succeed. I wanted him to get with Mary Jane. Who gives a shit if Gwen Stacy was nowhere to be found. She was cute, and smart and reminded me of every girl I liked in high school. They all wore overalls too!

Ultimate Spider-Man #13 is quite possibly the most joy I have ever felt reading anything in my life. including the hundreds of negative STD tests people FORCED me to take. There is no Spider-Man. There is just Peter and MJ and he is breaking the news to her that he puts on a costume and beats grown men to a pulp in his free time. Her reaction is perfect. By the time “face it tiger you just hit the jackpot” is uttered I’ll be damned if a tear of joy wasn’t making its way down my cold, jaded face. If you don’t like this issue you are a living piece of shit.

From there on out change was not only embraced on my end, but downright celebrated. Kraven the Hunter as a second rate Crocodile Hunter? Brilliant. Eddie Brock as a one-time friend to a five year old Peter? Sublime. Peter breaking little Kitty Pryde’s heart. Perfect, she deserved it.

Brian Michael Bendis brought almost every character from the Spider-Man mythos into the 21st century with panache, balls and charm. For 133 issues we were given pure, simple fun, that never once lost the essence of what it meant to be a super hero. A return to the days where comics became the fun escapism they were meant to be. Peter Parker was crafted into a character that you would not only root for, but someone in who you could see the best and worst parts of yourself. He was a human being with human problems; he was the hero all cities need when we realize that we lack the funds and mental illness to be Batman. Where darkness seemed to be the norm in this world of spandex and grotesquely exaggerated body features, Ultimate Spider-Man gave us light. Not malevolent light either. I have a friend who dresses like a real life Superhero and helps homeless people. Goes by the name of Aphrodite. Soon I will be her Apollo. Soon she will learn what it is to fear the light.

Were there down parts? Of course! Did we really need another clone saga? Especially after Attack of The Clones and all that fucking sand? But that could all be forgiven away by ravenous Felicia Hardy trying to bang Spidey until she realizes he’s a kid.

Titles like Sandman and Preacher brought me back to comics after a long hiatus. Ultimate Spider-Man made me LOVE comics in a way I don’t think I ever had before. I cherish that run. I’ll throw out books I need for work to maintain their place on my shelf. Sure I’ll use Shakespeare’s first folio to dig down deep into why Hamlet doesn’t just off his motherfucker of an Uncle; but when my boy was old enough to learn about Spider-Man there was nothing as beautiful as cuddling up with him and reading about that second rate abomination Norman Osborn. Nothing as inspiring as hearing him laugh, ohh and ahh as Peter bumbled his way into MJ’s heart. Nothing as precious as falling in love with the books again while he falls in love with the genre. Ultimate Spider-Man will not go down as a greatest of all-time title, nor will it revolutionized the industry in the way that The Dark Knight and Watchmen did twenty years earlier. It’s simply an enrapturing, joyous read that is now the bridge from holo-foils to my sons playing Spider-Man in the backyard, laughing, fighting, lost in amazing fantasy.

Hear more from Aaron on our Greatest WWE Wrestler Ever project related podcast Making the Cut.