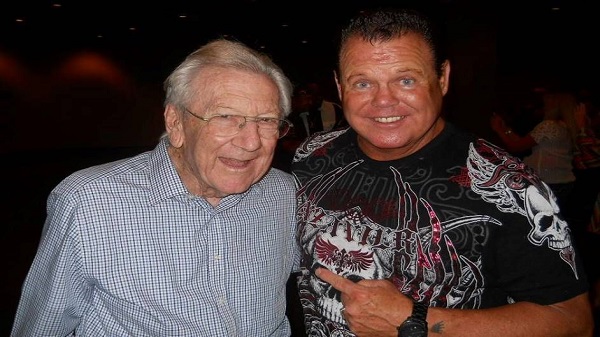 Growing up without a mentor is a world I cannot imagine. I am fortunate enough to have a bevy of influences from family members in my life . However, the most influential man in my life from the standpoint of making me value hard work and having value systems was my grandfather. He is still alive and seeing him play with my son gives me the joy and satisfaction that undoubtedly my mom got when she saw Grandaddy play with me every day as a child growing up. The most powerful story in my family heritage involves a story my grandfather tells of being a 11 year-old that dropped out of school to work on the farm because his dad had gotten sick. He and his brothers had to overcome an extremely hot autumn season just to feed the household. He talks about how on Christmas morning, he woke up and was shocked to find a new pair of overalls awaiting him and his brother. With even greater glee, he unzipped the middle pocket at the chest and found a crisp $1 bill. My eyes well up every time I recall that story and it puts a sense of perspective for what has been given to me in life and to not take that for granted. Grandaddy was my moral compass to life. Wondering into the wild and wacky world of wrestling, you need a moral compass to make sense of it all. Naturally, this usually resides in the voice you hear of the announcer. Lance Russell operated that position for Memphis on and off for 40 years. Tom K of the Death Valley Driver message board correctly proclaimed that Lance Russell was the Kermit the Frog of wrestling, just trying to keep the show going among all these wacky obstacles. Lance Russell was never the wrestling announcer that was the voice of my childhood, but as I start to enter into being a wrestling fan for 30 years, Lance is the voice that defines my fandom as an adult. He personifies everything that a wrestling announcer should be, and creates an aura of trust that reaches through the television screen and succumbs the viewer to its core.

No other wrestling program is identifiable as a variety show like Memphis. Lance as the ringmaster was critical to this operation. Lance didn’t have the most natural delivery but he always sounded authentic. Here are three examples out of hundreds that display the strengths of Lance as an announcer.

In the first 15 seconds, Lance introduces the first family and gets in a dig at Jimmy Hart to slow down the cheerleading segment. Then Lance launches into a great one minute recap of what is happening and where things stand. No video recap is needed with Lance narrating. Lance offers up some advice of the “right” thing for Hart to do. This is brilliant in that it puts more heat on Hart with what he is going to inevitably do. Lance talks to Jimmy like someone that goes to the local business owner to refute a business practice he disagrees with. “Why don’t you overlook the buck for once.” One of the great things about Memphis is technically Hart is justified in wanting the match to continue. Lance now does his “yeah, yeah” routine at Jimmy, which is a classic staple that would resolve many interviews over the years. Where most territories would end the segment there, Memphis is always providing more angles and the interview now evolves into Dream Machine quitting the first family. Lance just provides a outlet for this disgruntled employee to share his voice. When Dream Machine leaves, Lance gets in a great dig saying “Looks like the Jimmy Hart organization has a little disorganization.” Once the interview ends, Lance continues to narrate for the viewer and puts a seed in their mind that Dundee doesn’t have to win the match to retain the belts, he only has to prevent being beaten. This is a short example of numerous interview segments that Lance conducted over the years where he knows his role and propels it to perfection.

This may be one of the more famous things Lance was involved in, building up the empty arena match. Terry Funk gives one of his more diabolical promos claiming Lawler is a lover of chickens. Lance has a solemn look and again allows the heel to say what he wants without getting into the middle of things. Funk claims that he has the officials and even Lance on his side. Funk introduces the stipulation of the empty arena match. Funk’s reasoning is sound with him thinking everyone is against him and he isn’t looking for money. Funk puts his finger on Lance at the end of the promo as Lance gets progressively more annoyed. All Lance can state afterwards is “There it is.” Simple, but effective. The mood between Lawler and Lance back in the studio is more cordial. Lawler looks at the envelope and walks away. Lance is flabbergasted by that and is forced to just send the show to break.

Here is the empty arena match. Like any good reporter, Lance alerts Terry that they can’t use the footage if he is cussing like crazy. Lance is being finger-pointed again. Funk wants him to come into the ring and count out Lawler. Lance tells him sternly he is not the referee and he is not counting him out. Lance explains what his position is in the proceedings – someone just to bring a camera and microphone. Funk keeps ranting and raving until Lawler shows up. Funk expels that he didn’t think that Lawler had the guts to show up. ”Well, he’s here.”

All three of the examples above explain the subtlety but beauty of Lance as an announcer. He didn’t have to scream and yell from the heavens that someone had been broken in half. Lance also remained mostly objective. In a world that daily seems more divided, Lance was there to provide an objective job as the commentator of Memphis Championship Wrestling. Sure, he had his favorites and biases, and those seeped in when his hand was forced, but overall Lance narrated the action and gave the viewer a choice to make the right decision with who to cheer for. Lance operated on a mentality that actions will speak for themselves. Lance was a longstanding pillar of the announcer community and bridged generations of fans from when he first started until when he ended. I never spoke to Lance personally, but from accounts, he was  a sweetheart of a man that did give his time patiently to podcasts and other forms of wrestling journalism late into his life. Lance’s twitter was filled with him eating at restaurants with family and carrying over the wholesome values that personified his announcing career. The best wrestling characters are only an extension of the person behind them and Lance was one of the best characters of all. Lance became my wrestling grandfather and a beacon of trust and narration in a wild and crazy world of wrestling.

One thought on “An Ode to Banana Nose”