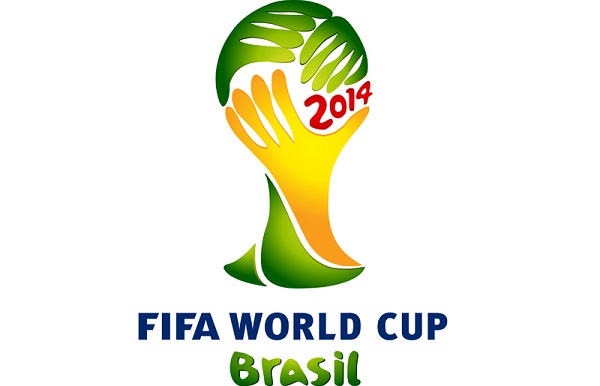 As we edge closer to the world’s biggest spectacle, it’s time to continue our preview of the group stages of the 2014 World Cup in Brazil. Today, we’re looking at groups C&D. These groups have it all, South American upstarts looking to make a splash, traditional soccer powers looking to reclaim former glory and a slew of teams hoping to play spoiler. Groups C&D not only have a good mix of powerhouse nations like England and Italy, they’ve got some of the most fun teams to watch in the tournament like Colombia, Japan and the Ivory Coast. Let’s take a look into groups C&D of the 2014 World Cup!

Colombia – Colombia has qualified for the World Cup for the first time since 1998! They didn’t just qualify, they forced their way in, to the tune of a #5 world ranking according to FIFA and the team finished second only to Argentina in CONEMBOL. That alone is enough for the rest of the field to take notice; the Colombians are not to be taken lightly. Colombia is a proud soccer nation that’s seen its national team fluctuate in performance as its country has battled several internal issues over the past decade. The “Tricolor” are back, and ready to make some noise. For Colombian fans, they’ve got to feel pretty optimistic about their group. Colombia is head and shoulders above the rest of its group in talent, but of course, there’s a reason why the games are played. There’s one lingering issue for the Colombians in 2014, their star Radamel Falcao (of the French club AS Monaco) isn’t at 100% and there are serious questions on whether he’ll be ready in time for the first match in Brazil. Without Falcao on attack, the team still boasts a stout defense, led by Milan’s Cristian Zapata. Colombia is primarily a relentless team on attack, embodying the famous South American style of soccer. Even without Falcao, the team should have enough talent to make it past the group stage with ease.

Ivory Coast (Cote D’Ivorie) – The Ivory Coast has been the poster child for the successful African national club. The team regularly fields a powerful roster of players who play at an extremely high level in Europe’s best leagues and many of the nation’s heroes return in 2014. Of course, the most famous name associated with the side is Didier Drogba, of Galatasaray, but most know him for his stellar play for Chelsea in the Premier League. Like Cameroon, many of the team’s stars, who once were admired for their athleticism, speed and lateral quickness, are starting to reach the end of their international careers. Drogba is 36, Manchester City star Yaya Toure is 31, as is defender Arthur Boka of German club VFB Stuttgart. As many of the team’s biggest stars are entering their twilight, the Ivory Coast will depend on players like midfielder Cheick Tioté of Newcastle and forward Gervinho of Roma, both entering their prime. The biggest name to watch? 23 year old Lacina Traoré of Monaco, he will likely be a key component of the nation’s attack for the next several World Cups, if Drogba and Toure’s longevity mean anything. The team should expect to compete with Colombia for the first spot in the group, but regardless, anything less than advancing out of the group stage would be a huge disappointment.

Greece – After winning the Euros in 2004, the Greeks revitalized their national team and have been a staple of the FIFA top 10 ever since. How has Greece managed to compete in the world’s toughest soccer continent? The team is known for its stellar defense, but defense alone will not win a World Cup. The Greeks must find a way to put the ball in the net in Brazil, especially against teams like Colombia and Ivory Coast, who will constantly press forward and look to counter at every given opportunity. Georgios Samaras of Scottish club Celtic and star Kostas Mitroglou of Fulham will lead the Greek attack in Brazil. Unfortunately, Mitroglou is facing serious injury issues, but at his best, the forward will be among the best in the group. Sokratis Papastathapolous of Borussia Dortmund is the anchor of the team’s stellar defense and the team should be able to rely on its defense in not giving up inopportune goals; despite their speed and powerful attacks, Colombia, Ivory Coast and Japan will all have to work their hardest to put the ball into the net. The burden will be on the Greeks to respond when that does happen. Greece has a puncher’s chance of advancing out of the group, especially if Ivory Coast disappoints early.

Japan – Japan shocked many by advancing past the group stage in 2010 and they’ve drawn another favorable group this year, but it will take the team firing on all cylinders to jump either Colombia or Ivory Coast. The team boasts an impressive roster of professional stars from Europe, including Keisuke Honda, the AC Milan player was the team’s hero in 2010. Japan has put an impressive number of players into Germany’s Bundesliga at the highest level, on defense the team boasts Atsuto Uchida of Schalke, Hiroki Sakai of Hannover and Gotoku Sakai of Stuttgart. In midfield, Shinji Kagawa has gained valuable experience at Manchester United. At forward, one of the team’s most lethal weapons is Mainz 05’s Yuya Osako. Japan has no shortage of quality talent, but can the team put it all together? The Japanese seem to favor the same relentless attacking style of teams like Colombia, but might not have the depth and top level talent across the board to pull it off successfully, despite their great level of fitness and endurance. Like Greece, it’s not unthinkable for Japan to make it out of a relatively weak group, but it will take Colombia or Ivory Coast stumbling for it to happen.

Costa Rica – Costa Rica is playing catch-up with the rest of Group D. The nation has a very short history in the World Cup and they’re matched up with one of the stronger South American clubs in Uruguay and two of the tournament’s most prolific nations in England and Italy. “Los Ticos” are ranked 34th in the world according to FIFA and are second only to Honduars in betting odds to win the World Cup. Forget winning it all, advancing out of the group stages would be one of the biggest upsets in tournament history, should Costa Rica do the unthinkable. Costa Rica finished second, behind the United States, in CONCACAF qualifying to stroll into this year’s tournament despite their unimpressive ranking. Costa Rica is at a serious talent disadvantage compared to the rest of the group, although there are some familiar faces for American fans. Included in Costa Rica’s roster are MLS players Alvaro Soborio of Real Salt Lake and Roy Miller of New York Red Bulls. There are some promising young pieces to the Costa Rican offense, however, including 21 year old forward Joel Campbell of Olympiacos. Bryan Ruiz of PSV Eindhoven (Netherlands) spent some time in Fulham of the Premier League and is a quality striker. Costa Rica drew an incredibly tough draw in Brazil and should be happy with a quality result against any of Uruguay, England or Italy.

England – No nation is hungrier for a World Cup than England, the birthplace of soccer. England is home to one of the world’s most successful professional leagues and every four years, has a roster full of top notch talent, seemingly ready to blow it at the worst time imaginable. The futility of England’s talented squads in the past decade has been sort of like watching a car crash, it hurts to watch such quality players stumble over themselves time and time again, but you can’t help but watch. Given the team’s history and England’s place in soccer lore, it seems wise to give the nation a chance every four years…recent history tells us they’re squarely outside the group of teams like Italy, Germany, Brazil and Argentina. Has the game passed England’s national team? England’s best finish since their last World Cup in the 60’s is a fourth place finish back in 1990…24 years ago. England passing the group stage would be a mild upset in this year’s tournament. If the Three Lions wish to do so, they’re going to have to demand a big time performance out of many young, unproven players. This year’s team brings back virtually nobody from 2010, outside of notable stars Wayne Rooney (Manchester United) and captain Steven Gerrard (Liverpool). The names to know for this year’s team, and the new face of England moving forward are young stars like midfielder Alex Oxlade-Chamberlain, the 20 year old showed flashes of brilliance this year at Arsenal. Keeping the youth movement alive are 23 year old forward Jordan Henderson and 24 year old midfielder Daniel Sturridge, both of EPL club Liverpool. The biggest wildcard? Jamaican born prodigy Raheem Sterling, the 19 year old has been playing at some level in the EPL since 2010 and could be one of the nation’s biggest stars in the next decade. Either way, England’s management seems to understand the goal of the 2014 World Cup is to build a solid, young foundation moving forward to reclaim former glory.

Italy – Unlike England, Italy has taken the lofty expectations handed to the “Azzurri” head on with great success. Italy is one of the most successful nations in the history of the World Cup, behind only Brazil, and are among the select few with a realistic chance to win it all every four years. While all fans must respect Italy’s results on the field, many have a love/hate relationship with the team, as their finesse style of play, and, seeming fragility to contact can often infuriate opponents, including rivals like Germany and England, who pride themselves in their grit and toughness. Italy finished as runner-ups to powerhouse Spain in the 2012 Euros, but surprisingly, the Italians are the second highest rated team in the group, four spots behind Uruguay at #9 in the FIFA world rankings. Still, there’s enough talent on the team to make a case for Italy being the group’s favorite, especially given their performances in past world cups (winners in 2006). Italy, as usual, is one of the most talented teams in the entire World Cup, with superstars like Milan’s Mario Balotelli and Fiorentina’s Giuseppe Rossi at forward. The team’s also strong in midfield, headlined by Juventus star Andrea Pirlo. Italy will be an extremely tough out not only for those in the group stage, but well beyond and it’s not impossible to think of Italy hoisting the trophy when it’s all said and done. The group stage should be a formality for Italy, if they play even reasonably well.

Uruguay – Uruguay hosted the first World Cup, and in 2014, they come into group play ranked higher than both England and Italy. Pretty impressive for a CONEMBOL team not named Argentina or Brazil. The pressure will be on Uruguay, and star Luis Suarez of Liverpool to live up to their #6 ranking and not just advance out of the group, but come out on top. Uruguay finished strong in the 2010 World Cup and could continue to improve their global reputation if they can come out on top of Group D. Uruguay gets to open up the tournament with Costa Rica and will get England after their opener against Italy. This could prove beneficial for Uruguay, who will have to avoid any issues against both Costa Rica and England if they want to comfortably move forward with the top seed out of the group stage. Uruguay’s wildcard? Former superstar Diego Forlan could be playing in his last World Cup, the 34 year old is currently cashing in checks in Japan after an illustrious career that brought him to clubs like Manchester United and Atletico Madrid. Forlan at one point in his career was among the top forwards in the world, could he use Uruguay’s favorable position in 2014 to make one last statement on the world’s biggest stage?