2013 was another great year in DVD releases by the WWE and to celebrate this I asked my good friend and fellow avid collector (and Place to Be Podcast co-host and PTBN partner-in-crime), Scott Criscuolo to help me rank the best compilations of the past year. 2013 picked up on a couple of trends which we’ll detail below and was also the first full year where BLUR-A-MANIA was no longer running wild across your WWE released sets. Ever since December 2012, the WWF scratch logo has been re-born and no longer muddying up some of your favorite Attitude Era matches. 2013 may also have a couple of “lasts” when it comes to collecting this medium. There’s already word that early 2014 sets will not have Blu-ray releases and I can really see the WWE limiting those to just big events like WrestleMania. The other outstanding obstacle is just how much the upcoming WWE Network will limit future DVD production. But those are problems to sulk over another day. For now, Scott and I tabulated our top 10 lists and then we used a complicated algorithm to come up with the following ten best WWE releases of 2013!

Didn’t make the cut: Straight to the Top: The Money in the Bank Ladder Match Anthology, The Top 25 Rivalries in Wrestling History and for the hell of it – the DVD re-releases of WrestleMania I-XV, where XV was the only one that was different from what was first put out years ago as part of their WrestleMania boxset (they literally were the same releases as the 2007 ones, complete with Chris Benoit in the “Don’t Try This At Home” disclaimer). The Money in the Bank set is cool, but all of those matches are available on the individual PPV’s DVD release so no real rush to run out and purchase this. Although the Blu-ray version has all the briefcase cash-ins as an extra – one of the better Blu-ray exclusives of 2013. The Top 25 Rivalries set suffers from an underwhelming match listing, due in part to avoiding duplication of other matches that are out on other sets. 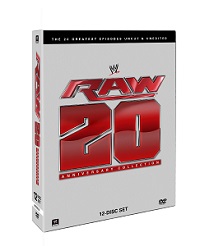 This 12-disc set didn’t really fit into our top ten given how different it is from every other release but we’d be remiss to not talk up the 20-episode set and its potential rarity down the line. Originally designed for a limited release, demand surged (no thanks to being able to pre-order it with Black Friday discounts) and the set was on back-order for many. At the end of the day, while you could find full episodes on YouTube, this collection gives you great video quality and exceptional episodes all housed in the same fancy packaging. 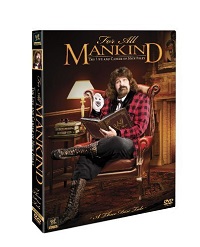 Our tenth place tie features two releases where either Scott or myself didn’t have one of them on our list at all but for the one we did rank, we liked it considerably higher than this place. In this case, I thought the newest Foley release (his original w/ the add-on disc of 2006 stuff is really exceptional) had a strong documentary piece and enough hand-picked matches to fill in the gaps from stuff we’ve already seen. And or some, it came with a sock. So there’s that.

The definitive documentary of the company, created by, well, themselves so there are some notable holes but they do touch on subjects like the steroid trials and Owen Hart. The matches attempted to give a snapshot of the chronological history of the company but they criminally cut short anything before Hulk Hogan. There is just one match (Bruno/Superstar Billy Graham from ’77) included prior to WrestleMania III (1987!). 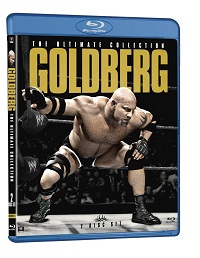 A complete chronological match history of Goldberg with no frills. He wasn’t involved with the DVD at all so this is a steady stream of four-minute matches with very short voiceovers interspersed throughout. 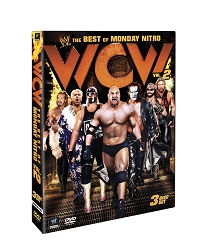 We’re big fans of DDP returning to host this look back at more of the best moments and matches from WCW Monday Nitro. WCW sells, as evidenced not just by a second Nitro set but by a new series of Best of WCW PPV Matches series set to be released in 2014. 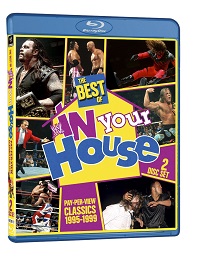 While a number of these matches had been released previously, they didn’t let that stop them from putting together a definitive look at the best matches from the In Your House series. So there are some repeat favorites but this is also the only place you’re going to find un-blurred Attitude Era main events that don’t make the cut on individual superstar’s compilations. AND TODD PETTENGILL HOSTS. 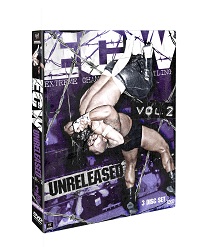 My biggest surprise of 2013 was a second ECW set and this one does not disappoint as it has arguably a better match listing than the first volume. Tons of hidden gems here, including when Arn Anderson wrestled in ECW! 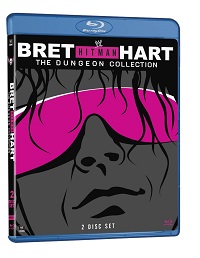 Bret really dug deep here to differentiate this collection from his previous releases. You also get commentary from him on each of his competitors and there are some pretty funny stories. Scott loved this considerably more than Hogan’s Unreleased Collector’s Set from years back. Bret’s only match with Andre the Giant (from Italy – using YouTube footage), his Cap Centre match with Dynamite Kid from ’85 and his first match with Steve Austin in South Africa are some real gems. The Blu-ray extras just keep the goodness train rolling and the Yokozuna match included is fantastic. 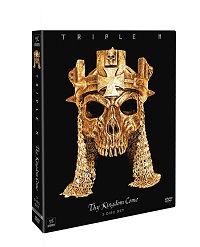 Here’s the upset of this list as I ranked this set considerably higher than Mr. Scott Criscuolo. We all knew this release was eventually coming as HHH had surprisingly not had a three-disc set prior to this. The documentary is very well done and we finally get (un-blurred too) the official DVD releases of the Iron Man match with the Rock and HHH’s match with Kurt Angle from Unforgiven 2000. The matches kind of fall off the rails after that but I’d still rank it the best wrestler-specific release of 2013. 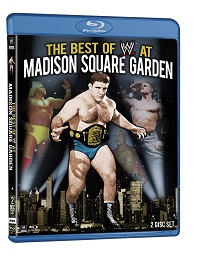 Scott has pined for this set for years and it delivered with everything one could ask out of a MSG set. All the big moments are here and there are some dynamite pre-Hogan era matches from the 70s and 80s that are exceptional. To top things off we get the first ever look at the Diesel/Bob Backlund title change from 1994, including the entire post-match celebration. Can’t recommend this one enough. 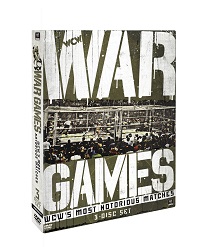 Another result of those previous WCW sets selling so well is this dedicated collection of every recorded War Games match in WCW history! This is one of those dream sets that you never thought would see the light of day. Now all we need is the actual War Games match brought back. 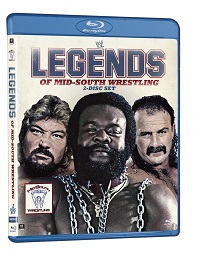 In another year the War Games set would probably take the top slot but no DVD release was sniffing that top spot with a commercial Mid-South wrestling release. For years we waited for Vince to get his hands on this footage and the initial offering lived up to the hype. Jim Ross even reprised his old role and added in play-by-play when necessary. A fantastic look at one of the best territories of the 80s and an absolutely must have for any wrestling fan.