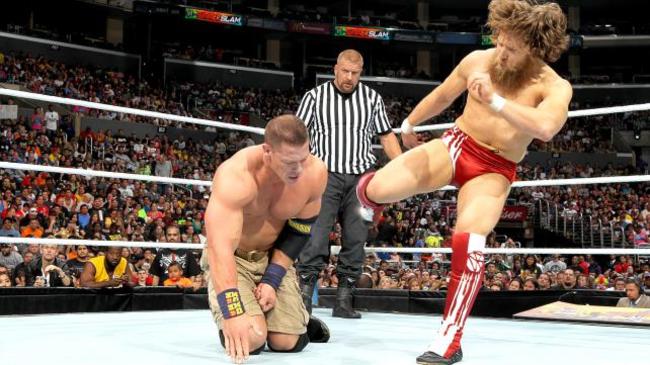 2013 in the world of pro wrestling brought about numerous changes. In the US, WWE had many peaks and valleys both with the on screen product and with the interest level and involvement of PTBN members. PTBN’s genesis occurred at Wrestlemania 29 and one could make an argument that 2013 was WWE best year for high quality TV wrestling in company history. On the other hand, the subsequent fallout of Daniel Bryan’s character arc after SummerSlam has turned a ton of fans off and stilted momentum. TNA reduced a good portion of their budget and there is also uncertainty involving their future ownership. ROH finally gave their heavyweight belt to Jay Briscoe before a year long angle of him being stripped of the title.  The New Year mixes old core components of ROH (Chris Hero, Paul London, AJ Styles) with the young breed of talent rising up the ranks (Adam Cole, Matt Taven). Internationally, this was a huge year for pro wrestling. Both Mexico and Japan produced some extremely hyped matchups and feuds. New Japan had a year that some are calling the best in-ring pro wrestling year of all time. CMLL in Mexico created a new huge star in Rush with his embattled feud vs. Negro Casas. For our year in review feature, we worked to create a conversational type atmosphere and invited both staff members and knowledgeable wrestling fans to contribute in a discussion on what the year of 2013 brought to wrestling and what is in store for us in 2014.  The contributors to this piece were Jordan Duncan, Ben Morse, Kyle Warne, Caliber Winfield, Jeremy Nichols, Callum Lesile, Andrew Riche, Todd Weber, Greg Phillips, Steven Graham, Dave from The Wrestling Forum, Brett Carlson, Steve Wille, Steve Rogers, Nick Duke, Justin Rozzero, Graham Cawthon, Mark Poirier, Derrick Leroux, Derek Cornett, Scott Criscuolo and Chad Campbell. 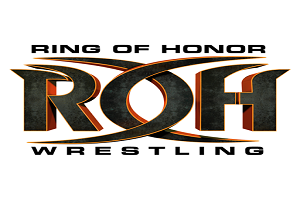 Topic – What was the best wrestling televison show of the year? Nothing seems like a runaway winner this year. Raw is stretched to three hours. SmackDown has Titus O’Neil puking in JBL’s hat and NXT and Main Event have been inconsistent. ROH, Dragon Gate Infinity and Impact would also be candidates in this category.

Kyle: NXT or ROH. These two shows have served the biggest purpose on the wrestling television scene in 2013.

Caliber: Really, it should be iMPACT simply because of that thing Brooke does before she enters the ring, jumps up and let’s her ass jiggle. I think I spent three days watching that gif.

Jordan: Unfortunately it’s not an easy choice for best show for all the wrong reasons: All had significant bad periods. (I don’t get ROH in my area, BTW). I guess I would vote for Raw just because they had some matches that would be on my MOTY list, and that’s good enough for me.

However, my vote is influenced by the power of DVR fast forwarding. If I had to watch live, I don’t know I could do three hours of Raw. Impact would be my second choice as they are scatterbrained, but the show itself is usually fine enough.

Kyle: If forced to chose one show, I do pick ROH over NXT.

Jeremy: I’m going with SmackDown for a few reasons. One, it doesn’t have three hours to fill so we get less horseshit. Secondly, it’s not disjointed like Impact is. Third, while it may be a mostly Raw recap show, at least we still get some decent matches on the show, they actually try to put wrestling on the screen.

Ben: For the first time in as long as I can remember, I stopped watching wrestling TV on a regular basis and have been sufficing off DVDs and OnDemand. I’ve essentially become the equivalent of a comic book guy who doesn’t collect monthly issues and waits for trades.

That said, based on my viewing habits for 2013, no matter how good the matches were on Raw–and there were some great ones–three hours is just too much. Impact was way too inconsistent. I guess I’d go with SmackDown out of default based on it having some of those high quality matches from Raw, but in a condensed and easier to watch package.

The caveat from me is that I don’t watch NXT or ROH on a regular basis and hear great things about both, particularly NXT, so I feel like I can’t give a fully educated answer.

Todd: With the erosion of RAW and inconsistency of SmackDown, NXT is the only weekly show I never miss. It’s a true throwback to good-old studio wrestling, and the show just gets better & better.

Callum: See, I love NXT – but I think anyone who thinks that it’s 100% success is rather deluded. Its beauty is the simplicity, but it has suffered at points – like when Tyler Breeze and CJ Parker were in the main event…

The point is that not all of these crazy gimmicks are winners, nor should they be – but it means we are seeing a rough product at times.

Greg: The first half of 2013 was awesome. The second half has been miserable. My choice is SmackDown, because it quietly provides awesome matches every week, and the crap isn’t quite as bountiful as it is on Raw.

Ben: If that’s where we’re at, I’ll stump for SmackDown. I do think WWE in-ring action is at a high right now, and SmackDown is the show were you get to see that with the wrestlers working under less restrictions and where the storylines are less invasive.

Steven: I would throw a vote out to CMLL TV.

Dave: In my opinion NXT just about edges out Impact because, while you do see some underdeveloped talent “wrestling” on NXT, you also see the likes of Sami Zayn and Adrian Neville, which more than makes up for anything sub-par. Their commentary is also the best in the business right now too. TNA on the other hand tends to flip and flop between shows with a lot of wrestling and shows with a little wrestling. That said, TNA’s non-wrestling segments are a LOT better than WWE’s at the moment and, Heyman and Punk aside, they have been for most of the year.

Even good three hour Raws are too long and are crammed with garbage filler segments just to make up the minutes. SmackDown is basically a Raw highlight show with a couple of fresh matches thrown in each week.

Based on the few shows I have seen of ROH this year, I would have mark it way down the scale due to their horrible production values! I love their style of work but New Japan are doing that way better than ROH anyway.

Brett: My vote is probably for Raw, almost by default. It’s the show where the meaningful stuff in WWE occurs, and I thought the summer run was really great. I was very engaged in the show. I also think the WWE MOTY took place on Raw (Cena/Punk), along with several other good matches. Runners up for me would be ROH and NXT.

Steve Wille: In terms of best show, ROH is my frontrunner. Especially since the summer, it’s been a tightly knit hour of three solid matches with a couple short recaps of salient feuds. Even on its off weeks, I can at least expect a couple of decent television-length matches. 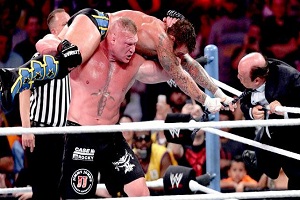 Greg: Cena/Bryan for me. Good story, great pacing, crisp wrestling. Punk/Lesnar was awesome, but I prefer the style utilized in Cena/Bryan.

Callum: I’ve got to echo Bryan/Cena. The most dramatic match I’ve ever seen where the outcome was a foregone conclusion.

Kyle: Woah – pause -forgone conclusion? Meltzer says the plan was Cena WINNING until his injury. Bryan’s win was not a sure thing.

Callum: But we all knew Cena was taking time off, so he had to drop the title. Bryan was too hot not to pass it off at that point.

Kyle: We did… I thought the details on Cena’s injury came out after the match vs. Bryan.

Chad: I thought Cena’s injury was known ahead of time.

Kyle: Alright I take it back. I know we knew he was injured. He’s wrestled injured before, I didn’t know he was actually taking time off till the match ended.

Ben: Even with Cena’s injury, I don’t think the result was a foregone conclusion. Cena could have easily still won and then Orton cashed in on him instead. I’m only up to MitB in my PPV viewing, so obviously I need SummerSlam in the books before I weigh in here.

Kyle: I agree with Ben. Bryan winning made sense.

Nick: Punk vs Lesnar. While Bryan and Cena was also fantastic, this was the one that stole the show for me.

Steve Rogers: Chad, we knew, but it wasn’t acknowledged until the Raw after SummerSlam. One of those worst kept secrets sort of deals.

Jeremy: I have to go with Punk/Lesnar at SummerSlam for MOTY.

Derek: Is Cena/Punk from Raw going to be brought up? That would be a strong contender for me.

Dave: That would be my WWE MOTY choice. Great match overall.

Jordan: 1. Brock-Punk 2. Bryan-Cena 3. Punk-Taker. Underrated/hidden gem nomination: Christian-Del Rio from Summerslam. Not an all time classic, but basically forgotten about because the two much bigger matches.

Caliber: Oh man, I have to decide between Punk vs Brock and Punk vs Taker? Bastards. Ugh. I’d have to go with Punk vs Taker because it was hands-down the best Undertaker match at WrestleMania. Yeah, I said it people. I know a lot of you are saying “But what about his casket match with Henry!”, and sorry, not the 5 star classic everyone thinks it is.

As for the match I liked better than most? Again, Punk vs Taker. A lot of people thought it was great, and I say it’ll never be topped at WM unless they do Undertaker vs John Cena – I Quit.