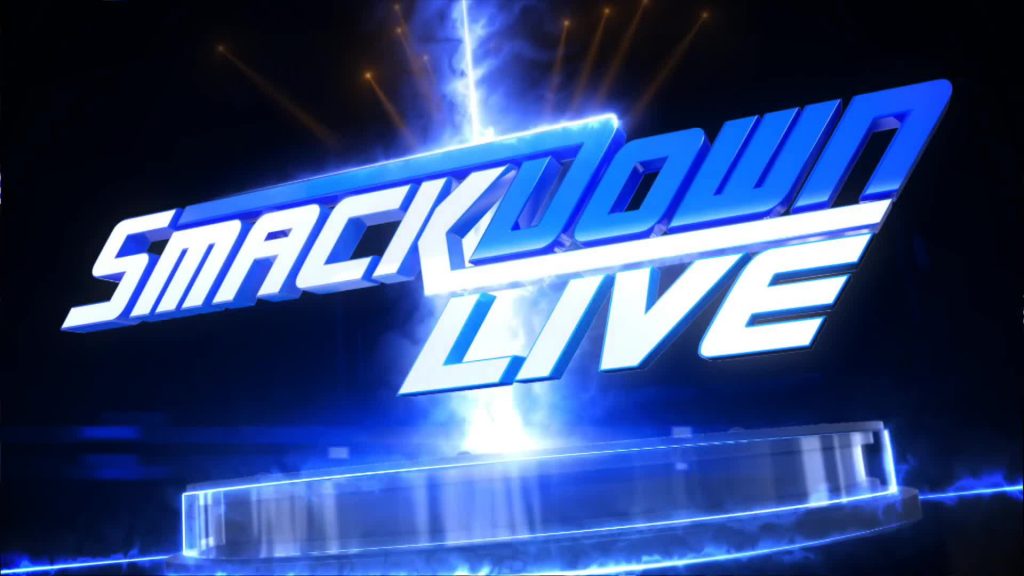 When Smackdown was in its heyday as a separate brand (the first time) I was its biggest fan. I loved the vibe, the workrate, the fist. Teddy Long making Holla Holla tag team matches. So in honour of #SD1000 I want to share a bunch of my favourite Smackdown matches with y’all. None of them happen to appear on WWE’s own 15 Greatest Smackdown Matches list – which are all really good as well, so think of this as a companion piece. You can never have enough Smackdown matches, I always say.

They aren’t in any order because don’t make me choose between my babies.

Jeff and Punk had an amazing and personal feud, and it all culminated in this epic cage match. Both guys were battered and bruised from their TLC match at Summerslam just days beforehand, and they laid it all out one more time here. Lots of bombs and near misses, the crowd heat is off the charts, and I can still hear J.R. to this day pleading, “Just drop Jeff! Just drop and pay the price!” The finish is poetic, and the post match, heartbreaking.

There are approximately one billion awesome Matt Hardy TV matches to choose from, but this one is special, not just for kicking off the amazing Matt Hardy vs. MVP storyline, but for being an incredible wrestling match, in the purest sense. All three dudes (Matt, MVP, JBL on commentary) work completely out of their skin. In fact this may be the best announcing performance of JBL’s career. By the end what could have been a routine match up felt incredibly momentous. If you like your wrestling to resemble legitimate sports, this one is for you.

What a match-up. Brock was a beast at his bullying best, and Rey was for sure the Ultimate Underdog in this match. Brock was laughing uproariously at the very idea of Rey… until the match began and Rey started to literally run rings around him. Every time Brock caught and splatted him it looked like absolute death, and the hometown San Diego crowd was living and dying with every move. A great big vs. little clash.

Orton was in the process of running the gauntlet of his Elimination Chamber opponents, making for a fun few weeks of matches, and this was the pick of the bunch. These are two of the smoothest workers ever, and both Cesaro and Orton seemed to relish the chance to let it all hang out with each other. Crazy cool stuff everywhere you look, and by the end Cesaro looked every bit the future star that he should have been.

This aired four days after Angle vs. Benoit at the Rumble, and is a FAR better match. On the list of Kurt Angle’s best opponents, Rey is #1. And #2, and probably all the way through #10 before you even get to Steve Austin. They had a great match every year that they were on the blue brand together, but this one is my fave. It is a hellacious sprint, fast paced and ridiculously cool. Rey is still inventing moves as he goes here, and Angle just spikes him on his head a bunch with suplexes. Spectacular stuff.

This aired a few weeks after Angle vs. Shawn at WrestleMania 21, and is a FAR better match. I’m just full of takes today. Eddie was another great Angle opponent when they were on, and here they get plenty of time and are definitely ON. Suplexes galore, loads of counters and cool stuff, crazy nearfalls, complete with some Lie, Cheat & Steal nonsense and a clever furthering of the ongoing Eddie and Rey angle. These two guys can just GO.

Coming off the back of their unbelievable 2/3 Falls match at Extreme Rules, where Bryan first attacked Sheamus’ arm, this is quite something. I’m not exaggerating when I say that literally every offensive move Bryan makes in this match – strikes, moves, holds, counters – is directed towards Sheamus’ injured arm. Every. Single. Move. Couple that with Sheamus’ world class selling and this is quite a gnarly match, kicking off a great run as the Smackdown ace for Sheamus.

The Smackdown Six was my effin’ JAM and to me this is where it peaked. 2/3 Falls means two to three times the goodness, and this is chock full of all the good stuff – Angle/Benoit tension, Rey Jr. inventing wrestling, and workrate, workrate, workrate. These guys were cutting such a fast pace that they kept running into everyone at ringside – the referee, cameramen; the poor bystanders couldn’t follow the action quick enough to get out of the way! If you loved the No Mercy tag but haven’t seen this rematch, definitely check it out.

This is the most unique match on the list. From bell to bell it lasts 1:56. Drew Mac spends half of that time on the floor cutting a promo. Essentially, this is a 1 minute match, and it’s also the world’s greatest 1 minute match. Good wrestling comes in many forms, and this is a perfect example of my long-held belief that there’s no such thing as a match being “too short” to be great.

Rey and Henry PERFECTED the cat-and-mouse match here on this day. Rey ran himself ragged trying to do anything he could to cut down the giant, and Mark Henry was a human brick wall. This thing proves that Mark Henry has been the business for a long time, and Rey just simply cannot be real. It also comes with a finish that is so awesome, it’s not just out of this world, it is out of this ENTIRE GALAXY.

You know those “Imagine if they booked Big Show this well ALL THE TIME??” moments we sometimes get? Add this to the list. He looks completely unstoppable, thanks to Cena putting in a vintage Cena vs. Monster performance. He gets annihilated, selling his entire ass off and well and truly earning every small glimmer of hope he gets. Wonderful pro wrestling.

The Shield had many cool matches, but I chose this one because it was so different. It starts out as a standard tag team match vs. the Rhodes Bros., which was already over 20 minutes and freaking FANTASTIC when interference lead to making it a six-man tag with Punk, and after more great action yet more people running in lead to a full on 6 vs 6 match as well. Suddenly the ENTIRE second hour of Smackdown was taken up by this never ending tag match. And it completely ruled.

In the summer of 2009 there was a “New Smackdown Six” going nuts with awesome matches every week on Smackdown. Four months of workrate out the ears AND four months of steadily pushing Morrison up the card lead to this: a 25 minute, three segment, highspot extragavanza between the old master and the anointed prince. The spots are INSANE and never ending and the match just builds and builds until it reaches all the way to my heart. This is my favourite movez (with a Z) match of all time.

This is a big time fight with tremendous stakes, between Christian, who had just achieved the boyhood dream and was trying to keep the fairytale going, and multi-time champion Orton, trying to establish himself as the new ace of Smackdown. They start busting out their signature counters in this match, including a finish which would inform ensuing matches for months to come. Orton sells his own nearfall in this more than most wrestlers sell actual offense. A great first chapter in the quintessential ‘Smackdown workrate’ rivalry.

For me this is THE Eddie vs. Rey match. Yes, even above Halloween Havoc. This was right in the middle of their incredible 2005 storyline, and the heat and intensity in this is palpable. Even the referee feels it – look how jumpy he is in the early going. And then once it does get going, Eddie and Rey just go to work like only they can and this thing absolutely BANGS. Eddie beats the hell out of Rey, Rey beats the hell out of him right back, it’s a battle of wills of gargantuan proportions. And a true epic, right there on telly. I haven’t put this list in order, but with a gun to my head, this is the best wrestling match in Smackdown history.

I hope you’ve noticed, just like I did, that Rey Mysterio is in like half of these matches. There are so many more I could have chosen too, so shoutout to my man Rey Jr. for being so far and away Mr. Smackdown that I’m pretty sure daylight is second. He’s coming back to face Shinsuke Nakamura on SD1000 (praise be 2018), so with that and the rest of what should be a fun, nostalgic romp, I hope you all enjoy the show, and I hope you enjoyed this fun, nostalgic romp with me too.