Remember kids; always – and I do mean ALWAYS – do the right thing! That’s something that Danny Aiello shoulda’ thought about before he pulled that baseball bat on Radio Raheem, but there I go getting ahead of myself. This week’s entry in the 1,000 Films You Need to See series is the 1989 “joint” via Spike Lee – Do the Right Thing and it’s coming at you directly…

The film takes place over the course of twenty-four hours and is set in the Bed-Stuy section of Brooklyn, NY.  There are several main characters, but the most notable one is Mookie (Lee), a pizza delivery boy who’s only concern is “making that money, getting paid” and trying to put forth an effort in supporting his son and his girlfriend, Tina (Perez). Mookie works at Sal’s Famous Pizzeria, owned by Sal (Aiello), along with Sal’s two sons, Pino (Turturro) and Vito (Richard Edson). There are a dozen other colorful characters that round out the cast, including Radio Raheem (Nunn), Da Mayor (Ossie Davis), Mother Sister (Ruby Dee), Buggin Out (Giancarlo Esposito) and Senor Love Daddy (Samuel L. Jackson), the local radio personality. The film is set in the middle of the dog days of summer and takes place on a 100+ degree day, during a day that’s already filled with heated tensions. We mainly just follow the characters and observe, but the real story gets off the ground when Buggin Out demands that Sal hang some pictures of African-Americans on his “Wall of Fame”, a wall that is reserved for Italian-Americans only. Radio Raheem doesn’t help matters, blaring his boom box (Public Enemy – “Fight the Power”) all day and night, only fueling the loud, uneasy and hot under the collar attitudes of the excitable personalities.

When I watch this film, the character that always peeks my interests the most is Sal. A seemingly pretty cool guy, with a loud personality and one who is proud to feed the Bed-Stuy community, consisting of a melting pot of different races and personalities, but mainly blacks. Sal seems to be this guy who treats people equally; if you deserve a slap upside your head or to be screamed at, you’ll get it and if you deserve warmth and a hot slice with a smile, you’ll get that too, no matter your color or race. Sal even shows an attraction towards Mookie’s sister, Jade, offering to make her something special, remembering that she’s changed her preference from Root Beer to Cream Soda and complimenting her eyes. Then, at the end, this monster seems to crawl up out of his throat and all this repressed racial prejudice and hate is let loose. I’d like to make it clear that I’m not a racist. I have no urge to treat blacks or any other colored human being any differently than I’d treat a white man or woman. However, in my daily life, I’ve encountered many, what I like to call “undercover racists”. They’re these people who have black friends, who speak nicely to them and treat them no differently to their face, but when they turn their backs they’re immediately telling jokes involving the “N word” and using other racist slurs. I think that’s what Sal was. Maybe he tried to repress this hate, but ultimately, when African-Americans threatened his store, he couldn’t hold back any longer.

The entire movie is reminiscent of a large, colorful banner that reads the words “WAKE UP!” in bright writing. Lee speaks on racial injustices, mixed communities and hate and he speaks on it with a loud voice. Here, he assembles a large cast of prominent actors to tell his story and the writing is tip top, as the script almost resembles a stage play, taking course in one, small community, few sets and over the course of one day. If I had to say anything bad about the film, I’ll say this and I’ll try to put it in a way that doesn’t make me sound like an ignoramus. I don’t know if he still is, but in 1989, Lee didn’t keep it a secret that he was heavily involved in the black community. His films blare Public Enemy and make references to Martin Luther King Jr. and Malcolm X to the point that I, as a white man, almost felt alienated. It was as if this movie wasn’t intended for me and that I shouldn’t be watching it and I certainly shouldn’t be getting enjoyment out of it. In my mind, movies have always been about escape. Escaping the troubles of the real world, the wars, the riots, the racial tensions and the hate crimes. Being able to lose yourself in a work of fiction and get lost for a few hours. As an obvious fan of films, Lee should realize that his chosen profession could be used to shed hope and promise, not to advocate and advertise the tensions that exist in this world. I’d like to think that in 2013 this country has grown up a little bit, that we don’t have these same problems anymore and that finally, we’ve been able to live together. I’d like to think that, but obviously it isn’t entirely true…perhaps we’ve gotten better. I also understand that as a filmmaker, Lee has a special talent that he can use to make statements and that’s obviously what he was doing here, so I don’t deny his talents or the worthiness of this picture to be included in a “must see” series. 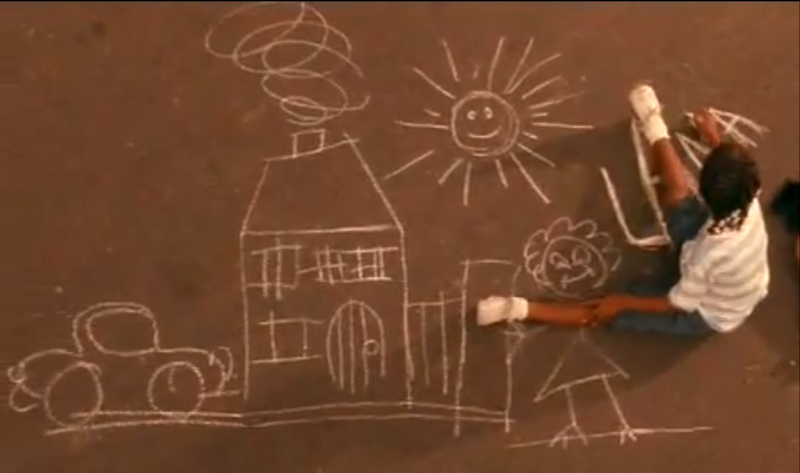 Be sure to keep eyes to the theaters this October as Spike Lee’s latest offering hits the big screen nationwide. It’s a remake of the Korean classic Oldboy and stars Josh Brolin and will surely be worth a look. That’s gonna’ take care of another week of 1,000 Films You Need to See. I’ll catch your ass down the road…and remember treat your neighbors like you’d want to be treated, no matter their color.