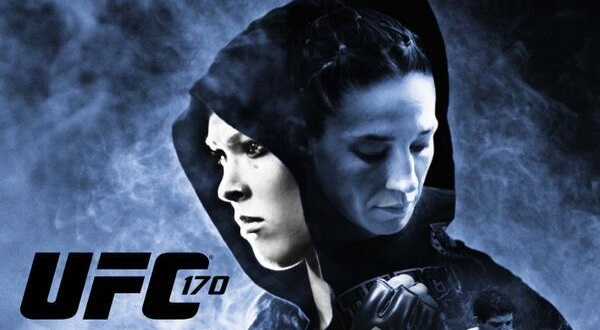 Hello there fight freaks! The Cowboy is here with your preview of the top matches for tomorrow night’s UFC event. UFC 170 is headlined by megastar Ronda Rousey defending her Women’s Bantamweight Championship against Olympic silver medal-winning wrestler, Sara McMann. Rousey’s meteoric rise to stardom has been nothing short of astounding. It was only a few short years ago when having women compete at all seemed like a massive longshot. The fact that Rousey has not only competed, but is arguably the most bankable star in the whole promotion, is a testament to her skill in the Octagon as well as her ability to market herself. Her good looks and cocky demeanor have made her the perfect pay-per-view fighter. Similar to Floyd Mayweather in boxing, half the audience buys the show to see her fight because of her phenomenal skills and the other half buys it hoping to see the bully get her comeuppance. Either way she is must see TV right now and we, as fans, should enjoy this while it lasts because if the UFC has proven one thing it is that anything can happen at any time. Also on the card, we have Daniel Cormier’s debut at Light Heavyweight against late replacement Patrick Cummins and Rory MacDonald squares off against Demian Maia in a very interesting Welterweight tilt.

Rousey has become such a star that many people are writing McMann off in this fight. I would not be so quick to do so. Sara holds a decided edge in the wrestling department and has the ability to put Rousey on her back and keep her there. This is something that Ronda has not dealt with before in her eight fight MMA career. I give the edge to Rousey as her striking looked much improved in her second bout against Meisha Tate in late December. Rousey is ever improving as a mixed martial artist and has shown some diversity in her game as of late. At the end of the day, we all know that Ronda is going to be looking for the armbar as she has finished all eight of her previous opponents with that submission. How she gets there will be a bit different against McMann. Rousey generally uses her top-level judo to set up positions for the armbar. She will be doing this again against McMann but may find the sledding a bit more rough due to Sara’s strength and wrestling background.

This is a much tougher fight to call for me than may experts would lead you to expect. I can certainly envision a scenario where McMann takes Ronda down repeatedly and holds her there for the full five rounds while working ground and pound. Something similar to Sonnen/Silva I without the miracle triangle in the fifth. McMann will have to fight the perfect fight, but it’s possible. However, I’m not confident enough in her to make that my pick. McMann is a little too inexperienced and Rousey a little too dynamic for me to go with the wrestler. I think Ronda finds a way to get it done. After spending the first round on her back and giving us all a little scare, I predict Rousey to come out in the second and hit a judo throw and lock up the patented armbar submission victory.

Cowboy’s Call: Rousey by 2nd Round submission via armbar. 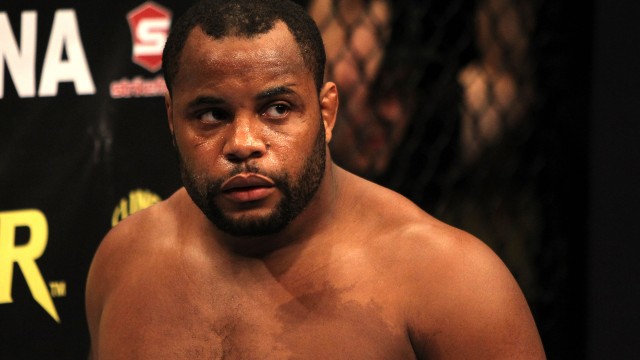 What an interesting story this fight is! Cormier was originally slated to face Rashad Evans in this slot when Evans went down with an injury about 10 days ago. Instead of canceling the fight, the UFC tabbed Cummins, a former highly decorated collegiate wrestler out of Penn State, to face Cormier in his official Light Heavyweight debut. Cummins was literally working for minimum wage at a coffee shop when he received the call from Dana White telling him that he would be given this fight. It certainly is the opportunity of a lifetime. Cummins talked himself into the fight by claiming that he made Cormier “cry” during training sessions in 2007. The two squared off in an official wrestling match the same year in which Cormier was victorious. Regardless, the heated banter between the two in prefight interviews has made this a bit of a grudge match. Cummins seems to have gotten under the normally calm Cormier’s skin with his talk and Cormier has promised to make this a miserable night for “Durkin”.

Oddsmakers have Cormier as a 12:1 favorite and with good reason. He holds decisive victories over Heavyweight stalwarts Josh Barnett, Bigfoot Silva, Frank Mir, and Roy Nelson. His ultimate goal in moving down to 205 is to challenge Jon Jones for the title. One would think that given his resume, it would only take a win or two in the division to secure that bout. Cummins, on the other hand, has no resume to speak of. He has only four MMA fights, all against absolutely dreadful opposition. While his strong wrestling base is certainly an advantage against most fighters, it will not be against the former Oklahoma State University stud. On his feet, Cormier has shown excellent boxing skills and his striking is very precise and flows nicely for a former wrestler. He will almost certainly have the advantage over Cummins in that aspect of the game as well. In my opinion, Cummins is going to need to land a Hail Mary strike to win this. His best chance is that all the prefight talk has made Cormier a bit overeager and willing to exchange with him early. Outside of that, this should be easy work for Cormier as he continues his quest for Light Heavyweight gold. 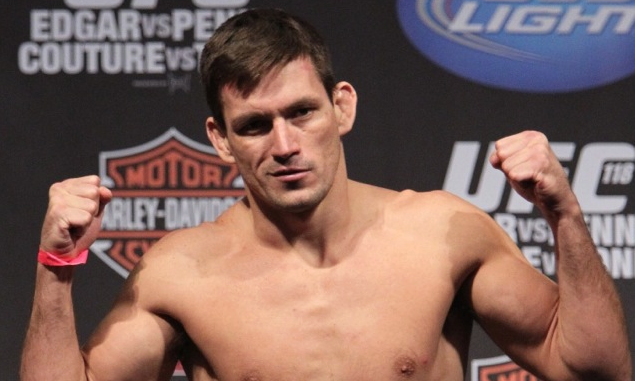 This is a very, very, very difficult fight to call and the one I am most looking forward to on the card. Both fighters looked like absolute world beaters coming into their last fights and they each lost to opponents they were favored against. MacDonald dropped a split decision to Robbie Lawler and Meia a split decision to Jake Shields. Meia’s loss is a bit more forgivable given he and Shields fighting styles. They are probably the two best submission specialists in the division and the judges gave Shields the nod based on his volume of strikes. Shields has a knack for winning ugly and that’s what happened against Meia. MacDonald’s loss to Lawler was a real shocker, especially given that it was a decision. Lawler is known for having possibly the best KO power in the sport but has fallen short in his career when stepping up to the higher echelons of the sport. Given MacDonald’s pedigree and reputation as the next great welterweight, one would have thought he would handle Lawler easily out of Robbie landing a homerun strike. Instead, Lawler outhustled a conservative MacDonald and earned the decision.

This fight is a wonderful contrast in styles. Both guys have good boxing skills and are not afraid to keep the fight standing. I give MacDonald the slight edge on the feet, but it is by no means a blowout. Maia’s striking has improved to the point that he is capable of winning a boxing match if he has to. On the mat, both fighters are superb at their strengths. MacDonald is a top control specialist in the mold of his mentor, Georges St. Pierre. Maia is one of the two or three best jiujitsu practitioners in mixed martial arts. MacDonald will certainly be able to take Maia down, but he must be exceedingly careful working while in his guard. Every ground and pound strike thrown is an opportunity for Maia to grab a limb and end the fight. If MacDonald can avoid Maia’s submission game and win the battle on the feet he will win the fight. If he fights ultra conservative as he did against Lawler, he is in big trouble. This is truly a pick em’ affair.