The UFC returns to Las Vegas with UFC 162 for Anderson Silva’s first fight since November and a card of fights with big future implications. While not as stacked as some of the other cards in the next few months and to a certain extent a one fight show, it still promises to deliver. 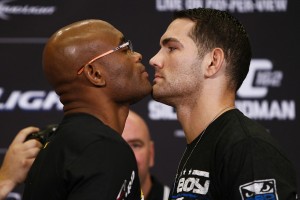 The success or failure of UFC 162, from a commercial standpoint, depends on whether or not the UFC has succeeded to convince enough of people of one fact: that Chris Weidman may succeed where all others have failed, and finally dethrone Anderson Silva. Silva has dominated the UFC for seven years and is arguably the single greatest fighter to ever have walked the earth, but he did once look vulnerable – against top quality wrestler Chael Sonnen. Weidman has, for all intents and purposes, the most dangerous skill set for Anderson. He’s a hugely accomplished wrestler with a first rate ju-jitsu game, and if the fight goes to the ground he has so many ways to finish a fight. However Anderson’s trademark is his unpredictability, especially in the stand up department. The UFC have tried so hard to push Chris Weidman, first of all to let casual fans know who he actually is, and secondly to establish him as someone who could beat Anderson; a UFC press release last week had ten fighters picking Weidman, with none picking Anderson. One thing that will make some people buy is the fear of missing history. No matter what, in the UFC there is always a chance that any fighter could beat another on any given day. If you were the guy who decided not to watch this show and missed the end of the greatest title reign ever, would you be able to live with it? 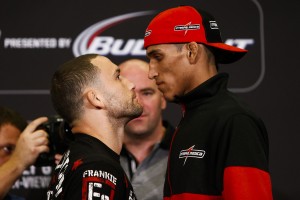 The co-main event features former lightweight champion Frankie Edgar taking on the dangerous Charles Olivera. Edgar is coming off three straight losses in title fights (two to Benson Henderson and one to Jose Aldo) so is looking to get himself back on track with a win – victory here would probably put him only one or two victories away from another title shot. For the 23 year-old Olivera this is a chance to push himself into the top ten of the 145 pound division, should he defeat the man who currently occupies the number 10 spot in the UFC’s pound for pound rankings.Edgar is the heavy favourite here, and is still one of the best fighters around, but Olivera has a dangerous submission game and good finishing ability. To really make that next step though, Olivera needs a win against top ten opponents and after a loss to Cub Swanson last September, this is Olivera’s next chance to make that happen. It’s a big ask.

The first of two middleweight fights on the main card sees Roger Gracie take on Tim Kennedy. Tim Kennedy has become the focus of much of the media attention in the past fortnight following his comments to our GrappleTalk podcast on fighter pay, but this fight has great potential. Roger Gracie is the first member of the Gracie family to fight in the octagon in quite sometime, and displays all the hallmarks of his family lineage in having a phenomenal ground game. However, Kennedy is no slouch in that department, having won eight fights by submission in his career. The Jackson’s fighter makes his UFC debut under something of a cloud, so many have suggested he will be keen to put on a good show here to get back into the good graces of the boss.
In a battle of two perennial top ten middleweights, a newly trimmed Mark Munoz will take on Tim Boetsch. After his loss to Chris Weidman last year Munoz battled depression and put on weight, but after a lot of hard work Munoz is now arguably in better shape than he ever has been. At 35, Munoz probably only has one more shot at getting in title contention with no room for slip-ups. Boetsch currently rounds off the top ten middleweights, after having a four fight win streak snapped by Costas Philippou. Those wins over Yushin Okami, Kendall Grove, Nick Ring and Hector Lombard established Boetsch as a top 185 pound fighter, but he is another one who appears stuck in their current position. Rounding off the pay per view is a featherweight fight between Cub Swanson and Dennis Siver. Swanson is riding a four fight win streak with three of those coming by knock out, and the two occupy positions five and six in the UFC rankings. Though the 145 pound title picture is somewhat crowded, a win here could propel either Siver or Swanson into that title conversation. 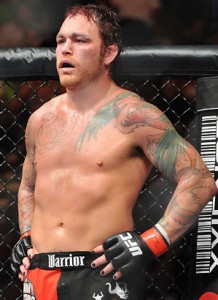 In the prelim main event, a reinvigorated Chris Leben is the underdog as he takes on Andrew Craig. After a change of camps, Leben is looking for a fresh start after his well documented issues with drugs and alcohol. Craig is something of an unknown quantity but is looking to bounce back from his first career loss. We will have to wait and see if this is the Chris Leben of old, or the Chris Leben who has looked very disappointing in recent fights. Also on that prelim card is TUF Smashes winner Norman Parke who takes on Kazuki Tokudome, as well as Gabriel Gonzaga vs. Dave Herman and Edson Barboza vs. Rafaello Oliveira.

While outside of Anderson and Edgar this card does not perhaps have the star names that other cards will have this summer, a lot of exciting fighters will be on show on Saturday. Whether it’s those make a first or second appearance like Parke or Kennedy, or those looking for a career upturn like Munoz or Leben, there are lots of interesting stories to be told.