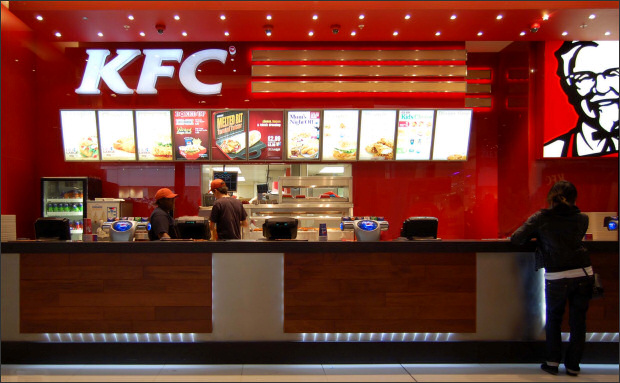 In maybe the saddest thing I’ve read this week, a 26 year old Chinese woman was dumped by her boyfriend, and lived in a KFC for a week because she ‘needed time to think’. I’ve heard of going on food binges, polishing off the liquor cabinet, and hiding out at a friend or relative’s place to mull over the injustices of love, but never have I ever heard of hanging out at a 24 hour fast food joint to ease my pain and clear my head.

This poor girl, as if she hasn’t gone through enough, has to endure this story going public. Personally though, I feel almost obligated to mock her, as my good friends would razz me had I gotten myself into a similarly sorry situation. Come on? A 24 hour KFC?! Gross. You couldn’t pay me to eat there once a year, let alone choosing to stuff my face full of their disgusting, slimy ‘chicken’ for three meals a day for seven days. Everyone knows breaking up is hard to do, but having a heart attack at 26 due to your arteries being totally blocked with chicken guts isn’t something I’d like to face either.

Sincerely though, girl to girl, I’d like to take a minute to say: Sweet little heartbroken Tan Shen, no man is worth the calories, rank odor you must have been emitting, or absolute self loathing you had to have been feeling to subject yourself to 168 hours of life at KFC. Remember James Franco in 127 hours? How he was dying of dehydration and resorted to sawing his own arm off? I would choose that over eating a bucket of KFC chicken wings for seven days every time.