Skip to content
The Best of PTBN Wrestling
Brad Woodling 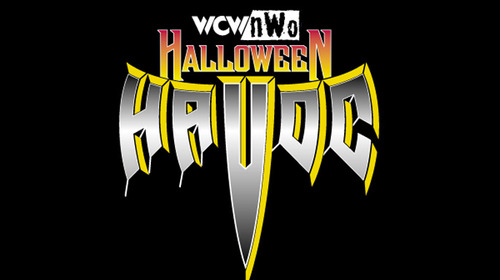 Brad: WCW’s Halloween Havoc pay-per-views are best remembered for some of professional wrestling’s “spookiest” matches. You have a Chamber of Horrors match where the losing team has someone electrocuted, a coal miner’s glove match where snake bites happen, a monster truck face-off which results in someone falling off a roof, and a terrifying WrestleMania VI rematch that was allowed to go 14 minutes! While the spectacle of some of these encounters may dominate the perception of the entire show, there have been some really good wrestling matches as well. So in looking outside the pageantry of “Age in a Cage” or a malfunctioning Thunderdome, I asked my good friend Chad Campbell to list the best Halloween Havoc matches. So watch (and read) without fear, as there will be no “Spin the Wheel, Make a Deal” matches here.

Chad: It is hard to believe that Regal initially came into WCW as a face.  He really struck gold doing his aristocratic gimmick in the summer of 1993 and was flourishing when this match took place.  Davey was positioned in a main event program vs. Vader for most of 1993 but was starting to be phased down the card by this point.  The result is two guys with something to prove and a shockingly good mixture of Davey’s power moves with Regal’s technical ability.  Davey even dips into the fountain of youth by working the mat and looking like he belongs, unlike the SummerSlam 1992 match that was mostly the Bret Hart show.  Time limit draws were a staple used by WCW for the TV title and could be an effective way of making both competitors looking strong.

Chad: Halloween Havoc 1990 is a unique show that really started playing up the theme of the now yearly event.  From the maroon mat to the ruckus crowd, this event solidified that Havoc would be a staple event on WCW’s calendar.  It also was a show that featured four 15 minute plus tag matches.  This match was the highest tag billed on the card and produced a classic singles wrestlers vs. tag dynamic.  Doom became one of the best teams in 1990 with their mask removal and addition of Teddy Long.  Flair & Arn were sort of aimlessly wandering around in the second half of 1990 due to both this feud and the Black Scorpion nonsense muddling the waters within the Horseman.  Flair wasn’t even a shoe-in to fill that wretched angle at this point.  These two teams were both heels so Arn & Flair work this match with Doom as the de-facto babyfaces.  Arn and Flair are two lifelong stablemates that quite frankly don’t have a lot of signature matches teaming together.  This match is the best one in my opinion as they work really well as a team and compliment each other.  I think this is an under the radar gem from 1990.

Chad: Goldberg was over to an absurd degree in 1998.  I am biased being from the South but it was 50/50 between Stone Cold shirts worn at school and Goldberg shirts.  However, since the iconic moment of him winning the title at the Georgia Dome and permanetly ruining the voice box of a 12 year old Chad Campbell chanting “Goldberg”, his World Title reign was lackluster to this point.  Feuding with Curt Hennig and being involved in battle royals and semi-main events was not the right approach to making Goldberg the face of the company.  I had the honor of not seeing this match live as in true WCW fashion, the three hour PPV expired leaving this match chopped off.  I did get to see if the next night on Nitro though and thought then and still do now that it is one of the better WCW main event matches in history.  The best thing about this match to me is that everything seemed to go as well as could possibly be hoped for.  DDP seemed like a huge underdog but he used that to his advantage to devise a sound gameplan and actually convince people into believing he was winning the belt.  Goldberg looked vulnerable but not too vulnerable.  The time of this match at just over 10 minutes was perfect.  This match can be equated to an uprising college football team facing a tough road test in conference.  Goldberg passed the test and looked better as a result of it.

Chad: NWO vs. WCW was the over-arching feud of 1997 and centered on the conflict of Sting vs. Hogan.  Below that, though, was a majestic upper mid-card feud between Savage and DDP.  Savage never really fit the mold of the NWO and did a lot of his damage in either standalone situations or involved with only Bischoff and Hogan.  This feud was trusted upon by WCW to sell PPVs as it was the main event of two lesser 1997 shows in Spring Stampede and the Great American Bash and had a semi-main event slot here.  They compiled the best elements of all their other matches and crafted it into a great feud-ender here.  I do think this match benefits from watching the feud transpire throughout the year but even as a standalone match, it is great to see how elevated DDP is and this in many ways feels like Savage’s last great feud of his career.

Chad: Lost in Cleveland sucks.  However, this match was pretty damn good all-around.  The Texas Death Match eradicated the awful Coal Miner’s Glove gaffe from the year before and gave a stipulation that played to the two competitors strengths.  The thing I appreciate most about this match is the simplicity of most of the violence.  It can very much be considered a house-style death match with chairs and table spots but a lot of brutality and stiff strikes are mixed in.  Some critics feel that some of the spots are contrived, but I like the way they escalate throughout the match.  Vader gets a big win so it’s not the most satisfying conclusion but it feels like the last hurrah for Jack in WCW.

Chad: Earlier we discussed the utility of a 15 minute TV title match to flesh out a show.  This is one of the best examples.  Two young guys given some serious time on a PPV and delivering to the fullest.  Austin and Rhodes had less than five years total in ring experience when this match occurred and yet they told an extremely cohesive and interesting story.  The commentary should also be mentioned as Jim Ross was fantastic calling the action, mentioning Rhodes’ grandmother in attendance and constantly putting over the potential of Austin.  Dustin makes some careless rookie mistakes that could have won the title for him .  These two would be matched up a lot during their respective WCW careers and while they had a bevy of good matches, none ever reached the level of this forgotten classic.

Chad: The absolute last hurrah for the Midnight Express and the final curtain call for one of the best tag teams in wrestling history.  This match can be a little divisive in that Morton/Rich are not exactly the most cohesive unit together.  It really feels like two singles wrestling teaming up and there is a bit of uncertainty that you wouldn’t have with the more familiar Robert Gibson in the mix.  The highlight of this match is the showdown between Bobby Eaton and Ricky Morton.  It should go without saying that these two match up well, but they really craft one of their best performances against each other here.  You do get a feeling that the writing was on the wall and they went out to maximize this 0pportunity due to the uncertainty of what the future holds.  Whenever people ask for fun match recommendations, this is always a match that comes to mind.

3. The Steiner Brothers vs. The Nasty Boys – Halloween Havoc 1990

Chad: The term slobberknocker could have been coined watching this match.  Four guys not ashamed to lay it in go out and for 15 minutes, they throw bombs at one another.  Don’t sell this match short as a straight spotfest though.  That would have been a fun bout, but the #3 match in Halloween Havoc history has to have more depth to it than that and this match does.  It follows a cohesive structure and leads to a breakneck, frantic finish that makes you hope that one person wont be seriously injured.  This match is like a rickety roller coaster at the fair.  It may not be the safest thing in the world, but it provides one hell of a ride.

Chad: Lex Luger was legitimately terrific in 1989 having at least good matches with Windham, Steamboat, Flair, and Pillman here.  This match is catapulted into the great territory and really showcases Luger’s heel persona in 1989 in the best possible way.  Pillman is a spunky underdog that of course someone as smug as Lex would underestimate.  Pillman was a wonderful babyface for WCW and provides his best singles performance up to this point in his career working underneath.  Halloween Havoc 1989 is a generally good show but this match really stole the show and should make people reevaluate Luger as a worker.

Chad: Springboard back flip DDT!  Most of the matches mentioned here are very good and a few I would classify as great.  This match is one of the best matches in United States wrestling history and I don’t know if I like 10 matches from the 1990s in the U.S. from any promotion better than it.  WCW had been progressing the cruiserweight division and given some ample opportunity for them to perform – whether it was Mysterio, Guerrero, Psychosis, or Ultimo.  This brought that full circle and featured some storytelling mixed in.  Guerrero wasn’t a jobber in WCW until he turned, but he didn’t exactly have a prominent role.  Mysterio for his part was seen as either a tool to boost a really good PPV match or to get heat on the NWO.  This match proved they could work a program together and captivate the audience.  This match had a ton of risk associated with it.  The spots interspersed are all extremely difficult to pull off and some sloppiness would leave this in the disappointing category.  Mercifully for us, they hit everything perfectly and at 14 minutes, this match never lulls for a second.  I am also glad the proposed ending was changed.  This match is a true classic and probably my favorite match between these two Hall of Fame wrestlers.