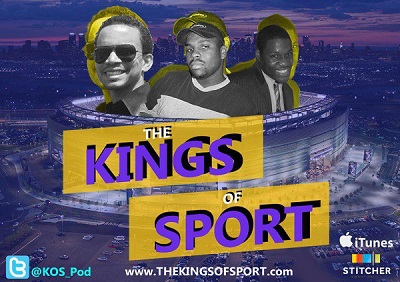 It took nearly two months but the Kings are finally discussing baseball — and sadly it doesn’t have to do with the action on the field, but with the action (and biting) in the dugout of the Albuquerque Isotopes. Nate and Marcus also look at the Western and Eastern Conference finals in the NBA as we slowly approach the Finals. Alfred makes a cameo during the Ringside Rap to discuss Daniel Bryan and Ring of Honor and take a trip down memory road during Segment Four as we cast the black Legends House for WWE and WCW.