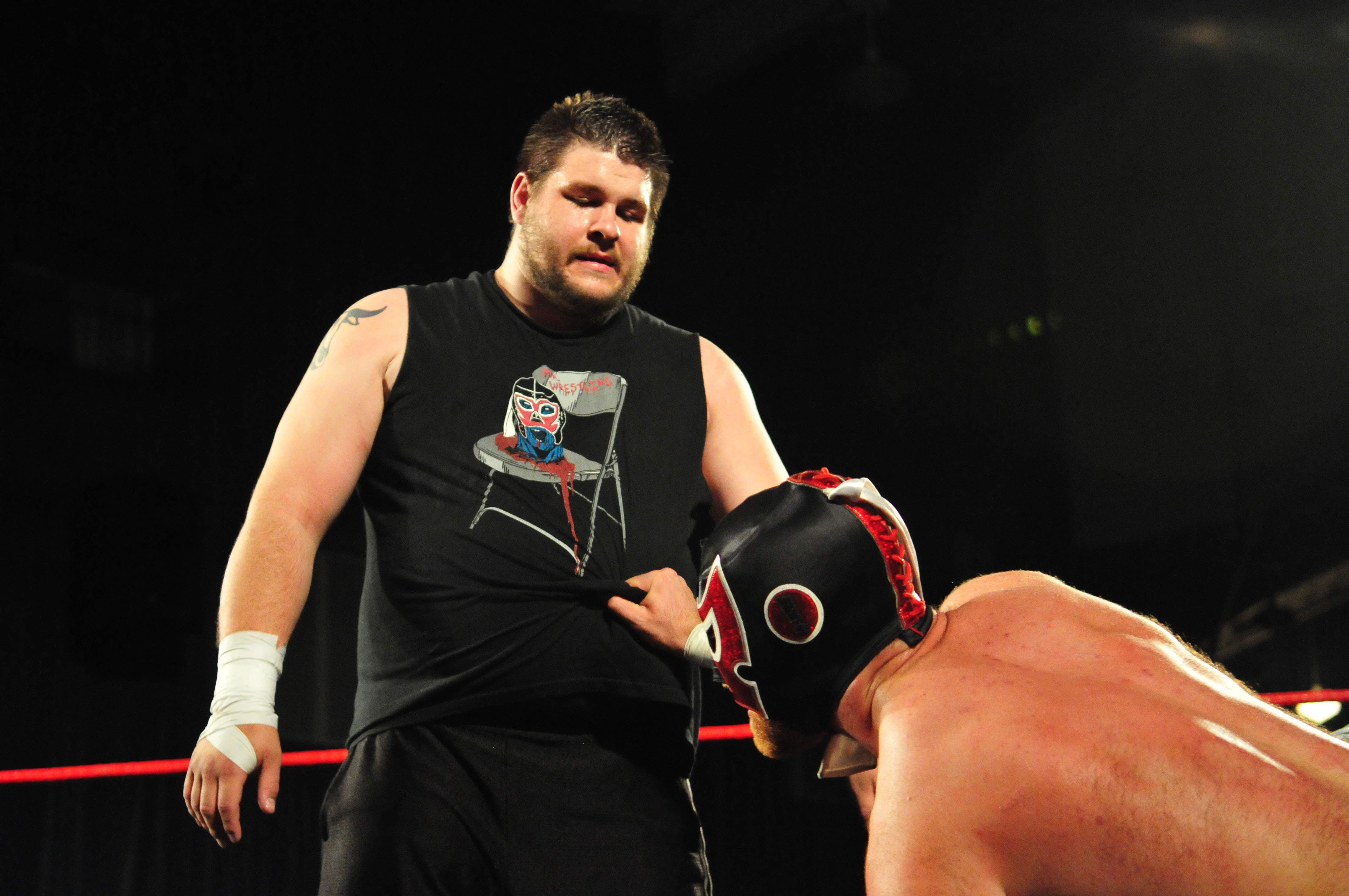 And now, Glenn provides a crucial update on things that are not happening:

Another crucial thing that will no longer happen: Kevin Steen wrestling for Ring of Honor. Steve takes a closer look, in an homage that borders on creepy (Steve’s own words):

This weekend, in something that will happen, Kevin Steen wrestles in his last two matches for Ring of Honor. As previously noted in the Honor Report, Steen fights Justin Rozzero’s two man-crushes on consecutive nights: “The Last Real Man” Silas Young and Place to be Nation’s own Steve Corino.

While I’m met with a modicum of sadness over Steen’s departure, especially since he won’t be at next month’s Midwest shows for one last appearance, I can’t help but look nostalgically at my personal memories of his seven-year run and optimistically hope for his future. I first saw Steen and his long-time associate, the retired El Generico, during ROH’s first PPV attempts. He was prominently featured in a brawl around the arena with the Briscoe Brothers, and it was inexplicable to the viewer why the two teams had any beef, or why anyone would be interested in these two seemingly random characters appearing. This quickly changed as the feud with the Briscoes escalated, leading to the first Ladder War in Ring of Honor, which I was lucky to view live in Chicago with my closest friends. This brutal affair led the crowd to really embrace Steen and Generico on a national level.

Though I’ve seen Steen wrestle live on numerous occasions, it wasn’t until the last year or so that I realized why he’s become so beloved and often receives the biggest pops at shows, no matter his placement on the card. He’s relatable. He looks more like the average fan than, say, Chris Masters, yet through a combination of hard work, heart and surprising athleticism, can do incredible things in the ring. Unlike most, he can work an array of styles. Though he excels at brawling, he can work comedy into any match. And, as I work through his appearances in Pro Wrestling Guerrilla during 2010 and 2011, he knows how to interact with the fans both in and out of the ring. Overall, Steen’s a likable person. I’ve personally witnessed him at shows conversing with concession stand workers and building employees, and when I’ve run into him before or after shows, he always takes a moment to wave or shake hands, unlike several former ROH champions my friends and I have run into. His humor and good nature can be seen in his tweets, his Highspots’ interview show and podcast appearances. For what it seems, he’s much admired by his peers, as well.

The popular rumors (which also can be filed under things that haven’t happened) have Steen signing with the WWE, though this hasn’t officially been announced. Like another fan favorite, Sami Zayn, I can only hope that, if this is true, Steen becomes a huge star, makes a ton of money, and opens a beautiful zoo in Canada. He has alluded during promos that he may take some time off to spend with his family, which is even more admirable. Again, though I’m sad to see him go, Steen has done virtually everything one can do in his current position, and no matter what decision he makes going forward, I, like many others, will continue to support his efforts. Despite his “EVIL” nature, he’s as lovable as the koalas and pandas that he adores.