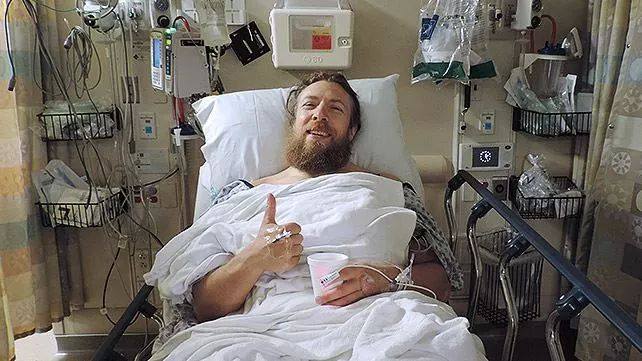 During this week’s edition of the Main Event podcast, as part of the roundtable discussion of the WWE roster at the midpoint of the year, Steve commented on Daniel Bryan’s meteoric rise and subsequent fall due to a myriad of events. Sadly, more news emerged since the taping of the show, as the recent edition of the Wrestling News Observer reported that doctors uncovered additional shoulder and neck problems that could lead to additional surgery. This is separate from the post-surgery concerns that Bryan himself referred to during the pre-show of the recent Money in the Bank event.

As Steve stated during the podcast, Daniel Bryan is one of the few wrestlers in the world who could easily transition his in-ring style to one that puts his neck at less risk. He has such extensive knowledge from travelling and training in Europe, the United States and within the New Japan Dojo system, plus he is so incredibly over with the WWE audience that any adjustment shouldn’t subtract too much from the fans’ reaction to him. For an example of his ability to modify his offense, find a copy of his match against the great AJ Styles at Ring of Honor’s 2003 show, “Main Event Spectacles,” where the two battled on the mat for a good ten minutes and had the crowd on the edge of their seats the entire time.

Still, there is no timetable on Bryan’s return, and it’s clear that both Bryan and the WWE are taking no risks with rushing him back, nor should they. Bryan’s long-term health is of the utmost importance, and he seems to be the type who would prosper away from the spotlight of wrestling when he retires. Of course, wrestling fans long for his recovery and subsequent return. And long-time friends of the High Spot may be wondering about Daniel Bryan’s health status in an alternate timeline where he fought valiantly to emerge victorious at this year’s Royal Rumble. The answer, of course, is unknowable, as the power to transmit information between universes is thus far unknown to mankind; however, fans of Daniel Bryan can console themselves with the knowledge that somewhere in the multiverse, Daniel Bryan is still the WWE World Heavyweight Champion, and somewhere in the multiverse, that title has a more sensible name.