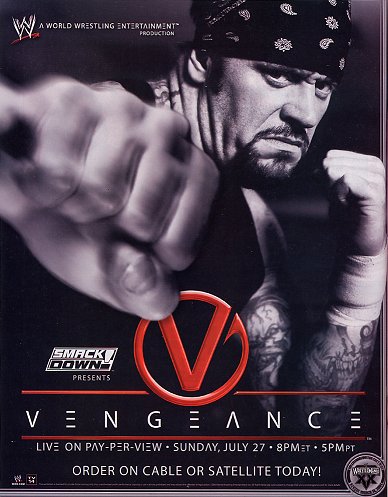 Cowboy: I’m excited about heading back to the WWE after a brief hiatus. I mean, I like watching old Tully Blanchard as much as the next guy (maybe not), but the big show is where the best action is. I’m particularly excited for this card in that it features a number of my favorite guys in their younger years (Cena and Lesnar), and some old favorites who still have gas in the tank (Undertaker, Angle, Benoit, Guerrero).  Also, who doesn’t like a card where both the boss and his daughter have singles matches???

Chad: Ah, the summer of 2003 where chasing girls and discovering beer seemed much more important than rasslin’. 2003-2004 is by far my biggest dark period in regularly watching footage from the time I became a fan in 1990 until present day. When Professor Rozzero threw out this show as a possibility to the faculty, I was a bit miffed because I didn’t think I had honestly ever seen this show before. In true Cowboy Goes to Class fashion, I saddled up and joined The Cowboy on this ride into nostalgia.

Cowboy’s Match of the Night: Brock Lesnar vs. Kurt Angle vs. Big Show

I am guessing I will be in the minority with this call. The Guerrero/Benoit and Cena/Undertaker matches were both fantastic, but I felt like the Triple Threat Championship match stole the show. Kurt Angle is one of my favorite wrestlers of all time and his victory pushed this one over the top. The feel of the build up, and to the match itself, pointed to a Brock Lesnar victory so I was pleasantly surprised when everyone’s favorite American hero was able to take the title. I thought the match was awesome. Both Angle and Lesnar had multiple shows of Herculean strength by nailing the massive Big Show with their signature moves. There was great ebb and flow and a number of very close near falls. The crowd was very much into this one, adding to the drama. While the other matches were great, this was a close but clear winner for my Match of the Night.

Chad’s Match of the Night: John Cena vs. The Undertaker

I came into this match expecting to see a match that looked interesting in retrospect given the respective legacies of the two performers in 2014, but rough around the edges from a technical standpoint. The match greatly exceeded my expectations and was fantastic. I loved the grittiness on display of Cena proving his toughness to The Undertaker but being in over his head trying to go toe to toe with The Phenom. Ribs and shoulders were targeted in a unique wrinkle on most body control work done in WWE. The Undertaker got overconfident and allowed Cena an opening after an outstanding start. Cena didn’t let up and really proved in this match he could hang with the top level wrestlers in the company. Taker wins the match but Cena earned a measure of his respect.

I know, I know, I know… he lost the match… how can he win Performance of the Night? During the intro of the match I saw Marky Mark Cena for the first time. I’m only used to the current Cena and had never seen or heard of this gimmick. To say I was unimpressed at first would be an understatement. Needless to say, it would take a hell of a performance in the ring to allow me to forget about just how weak John appeared to be as Vanilla Ice knockoff. Cena delivered… and then some. The lead up to the match and Cena’s silly persona at the time had me thinking this would be a case of feeding the young guy to the Big Dog (Undertaker). While the Undertaker took the match, Cena more than held his own. He took everything Taker had to dish out and came back for seconds. He came within a millisecond of winning the match after hitting Taker with the FU. Cena’s future great champion potential oozed out of him during this match and you would have to be blind not to see it. For that he wins Performance of the Night.

Lie, Cheat, & Steal. These three narratives took new life in 2003 with Eddy’s amazing heel persona being nuanced and combined with athletic matches. The opening contest of the show was a great contest that featured mat wrestling, big throws, some high-flying, comedy, and intricate storytelling throughout. It also was the rare screwy finish that worked as Rhyno attacks Chris Benoit and Eddy takes full advantage winning the United States Championship with a frog splash. The way this match was worked had to be so spot on between Eddy’s acting and the intricate referee spots. Eddy looked like one of the best wrestlers in the world and got the PPV off to an immaculate start.

Let’s face it, this card was stacked from top to bottom. If there was a weak link (other than the McMahon matches), it was this tussle for the Tag Team title. While I was somewhat familiar with Kidman and Mysterio, I had never heard of the World’s Greatest Tag Team. While the name leaves a lot to be desired, I was very impressed with these guys in the ring. In particular, Shelton Benjamin was a real force of nature. Just based on this match, I would think that he was in line for big things. Big, strong, and very athletic he certainly “looks the part” of a future WWE superstar. I’m sure through this column I will find out how this train got derailed. Regardless, for a match that I wasn’t expecting much from, this one delivered. Kidman and Mysterio both got their licks in with some high flying maneuvers, but the TWGTT was just too much for them to overcome in the end. Again, with a number of near falls the outcome in this match was very much in doubt. I was on the edge of my seat and would love to see either team wrestle again.

This match will never be confused for Flair vs. Steamboat, but these two ladies accomplished exactly what they needed to for this feud. The match greatly overachieved for its placement on the card and didn’t feel like the cool down match it could have coming off the heels of the tag title affair. it also made Stephanie sympathetic as a babyface which is a tall order. Sable was pretty awesome at getting her ass kicked at the onset and then grinding her way through her offense and being detestable. Stephanie’s comeback showed a lot of fire and she even rips apart Sable’s outfit which cleverly plays into the finish. Referee Brian Hebner gives Sable his referee shirt but in the process A-Train runs into the ring and bulldozes Steph. This was my favorite women’s PPV outing since Steph vs. Trish at No Way Out 2001.

So big, bad Vince McMahon is fighting a 20 year old kid with one leg… ummmm OK. During the buildup to the match, I actually found myself getting a little dusty eyed as they talked about Zack’s struggle with bone cancer costing him his leg, but never killing his dream of being a professional wrestler. When the match started and Zack decided to forgo the prosthetic and fight on one leg, I assumed that he would be our victor. Normally, I’m all for a match that doesn’t end the way I expect, but this was a glaring exception. How do you have the kid in the match and have him lose? Aren’t there classier ways for Vince to bump up his heel cred? I was happy that Zack got his licks in and even drew blood on the deplorable McMahon, but felt like he was robbed of a victory he should have been awarded.

Rehashing the Brian Pillman vs. Goldust angle from 1997 seemed ill-advised. Here, we get the weird stipulation that if Noble won, he would get to have sex with Torrie Wilson. Where this leaves his current woman, Nidia, is in the woman scorned role. Compounding issues is that the usually spot-on Noble was having a real rough night in Denver. He worked extremely loose in this match and whiffed on his baseball slide and dropkick. Billy Gunn was a proficient worker at times throughout his WWE career but really felt at the end of the road as far as relevance is concerned here. The match overall was a mess that was magnified by a terrible stipulation. 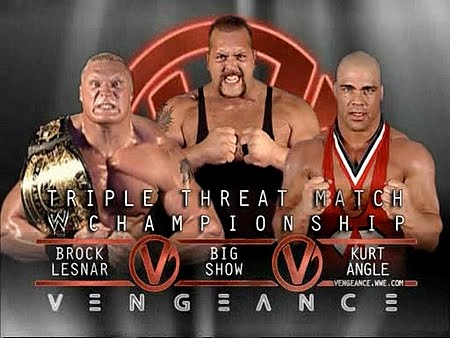 And now some quick hits on what we felt was good and bad about the show: