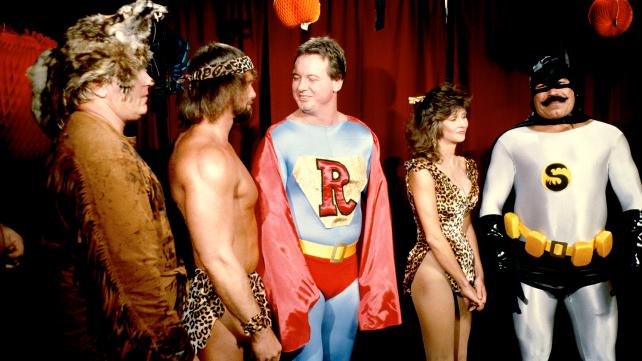 Hey there wrestling fans! Cowboy here with this week’s installment of everybody’s favorite column here at PTBN: Cowboy Goes To Class. I’d like to start by apologizing to my loyal readers for the extended time in between columns. As I’m sure you can imagine, the Cowboy leads a pretty crazy life outside the confines of the PTBN offices. Please forgive me and the current plan is to go back to our weekly format immediately.  For my first assignment back, I’m going to be reviewing two Halloween themed shows back to back. The first, Saturday Night’s Main Event from Halloween night 1985, will run today. Then we take a look back at Halloween Havoc 1991. Strap your seatbelts kids because its going to be a bumpy ride! Without further ado, here are my thoughts on Saturday Night’s Main Event.

Match of the Night: Hulk Hogan and Andre the Giant versus King Kong Bundy and Big John Studd

There were only four matches on this card. None of the matches stood out as being particularly great, but I did enjoy this tag team tussle between the big guys. The more I watch Hulk Hogan as a tag team partner, the less I like him. His glory-hogging ways are much more suited for singles competition. With that said, this match was good. I’ve always been a big fan of King Kong Bundy and Big John Studd and they were both right smack in the middle of their primes here. Bundy, in particular, was at his hairless best. I’ve always felt the big lug was a tad underrated. There was good action in this match and you can never go wrong with Bobby the Brain managing the heel team. My only complaint (other than Hogan’s constant showboating) is the DQ finish. Not a huge fan of that, particularly in a match with guys of this stature.

Performance of the Night: Mr. Fuji

Again, given the shallowness of the card, the pickings were slim. I was absolutely shocked that Fuji was actually wrestling in the main event against Ricky “The Dragon” Steamboat. Technically, the match wasn’t a wrestling match but a “Kung Fu Challenge”. In the lead-up to the bout they showed Fuji and Steamboat both breaking various pieces of wood and Fuji’s punches actually looked considerably stronger than Ricky’s. During the match, Fuji acquitted himself very well. The term “Kung Fu Challenge” was used very loosely here as there were multiple wrestling moves from each guy. Fuji acquitted himself very well, particularly in the kung fu aspects of the bout. He also landed a great kick to the nuts. Alas, Fuji loses the match (in the only clean finish on the card), but wins our hearts.

Given the time period, it was a very positive surprise that Savage cut a promo and fought a whole match without physically abusing Miss Elizabeth. Great job Macho!

This match was very ho-hum and I expected more. Being married to a Funk, I hold Terry to a very high standard. Generally, he hits the mark and exceeds it. Unfortunately, that wasn’t the case here. While some of the blame can certainly be placed on JYD, Terry is supposed to be able to carry this type of match. The action was light and Terry had to cheat to win. Pretty brutal opening bout. 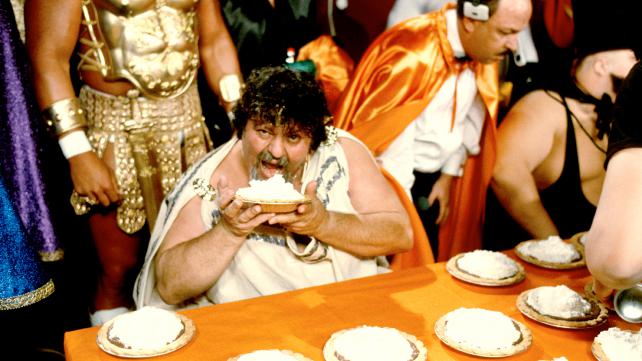 Overall, this was a fun show.

Be sure to check out The Place to Be Podcast recap of this show as well! Cowboy out!!!