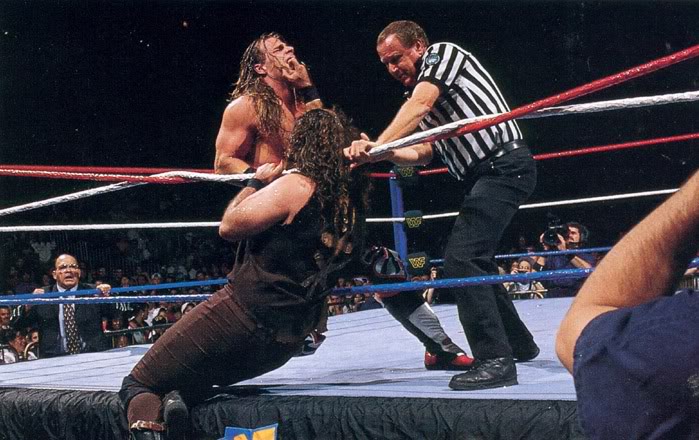 Every time Scott and Justin build their all-time cards, I will do the same, offering my commentary on the PiCs’ selections.

-One match must be selected from each year
-No competitor can be used more than once unless they undergo a drastic gimmick/persona change
-The WWF/WWE, World, Intercontinental and WWF/WWE Tag Team titles must all be defended

Ben’s Take: Easy pick to start. Bret Hart only appears twice at September shows, and his other option takes a major title off the table, plus many regard this as a hidden classic, with “The Hitman” paired up against a decent opponent during arguably his hottest in-ring period.

Ben’s Take: The major fork in the road only two rounds in. For years, Mick Foley called this Mind Games matchup against Shawn Michaels for the WWF title the pinnacle of his career (it may since have been supplanted) and it marked a major shift for the promotion with a different, more aggressive style in the main event that would eventually help turn the tide in the Monday Night Wars. The knock against it: a lame and inconclusive disqualification finish. Scott and Justin ultimately decided the ending combined with removing the WWF title from the board made this one not quite worth it; I disagree. I consider this the most iconic—if not the purely best—September match, and I like having stuff like that on my overall card. It’s a coming out party for Mankind and probably the best performance HBK had during his initial title run; for historical value and importance to major stars, I have this headlining my card, regardless of the final seconds.

Ben’s Take: Brian Pillman’s final match on a major stage and a “what could have been” tease for a star ahead of his time and taken too soon.

Ben’s Take: Having already used Mankind, I lose the awesome Triple Threat the guys chose as an option. Not too much memorable on this card aside from the big two matches—and I can’t pick the main event due to the title being on the line—so I’ll settle for a decent match between two Attitude Era role players in D’Lo and Gangrel.

Scott & Justin’s Pick: Hardcore Champion Al Snow vs. The Big Boss Man in a Hell in a Cell match

Ben’s Pick: The Acolytes vs. The Dudley Boyz

Ben’s Take: Justin and Scott decided to go with Hell in a Kennel for perverse reasons; I will not subject my imaginary viewers to that. They WWF pay-per-view debut of the Dudleys may not be an etched in stone classic, but it’s memorable, and they had their first of many stiff as hell encounters with the Acolytes. 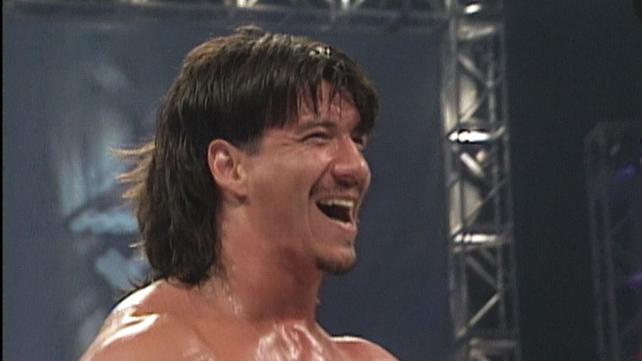 Scott & Justin’s Pick: The Right to Censor vs. The Dudley Boyz & The Acolytes

Ben’s Take: The Intercontinental championship becomes something of an albatross this month, with not many great IC title matches having taken place during the month of September. I didn’t uncover a gem or anything, but Rikishi still had steam in 2000, and more importantly, I get Eddie Guerrero during one of his peak periods on my card.

Ben’s Take: Justin and Scott had Chris Jericho on the backburner for later use, but without that restriction on me, I could go with one of the hottest matches of the Invasion period, taking Rob Van Dam at the molten height of his early run against the transitioning Y2J, right on the precipice of a definitive heel turn. Throw in the Hardcore title and no DQ stipulations and this becomes a marquee matchup for me.

Ben’s Take: No real explanation needed, as two of the best of all-time go at it for pride in a lengthy exhibition of technical mastery.

Ben’s Take: It’s a stunt spectacle, but it’s two standout characters and lots of smoke and mirrors to produce a hot segment.

Ben’s Take: While the guys got their Tag title match out of the way early, I still had that requirement hanging over my head, and dealt with it here. I’m not going to exactly up my buy rate with this, but it could be worse.

Ben’s Take: We forget exactly how crazy things got during the spring and summer of 2005 between Matt Hardy, Edge, and Lita, mostly because Matt could never quite capitalize on the opportunity real life circumstances gave him and ended up fading out of the main event while Edge became a headline act. However, after an awkward kick-off at SummerSlam, the feud hit its high note here, with an intense showdown that spotlighted the skills of both guys, spotlighted their emotions, and utilized Lita well as an x-factor. 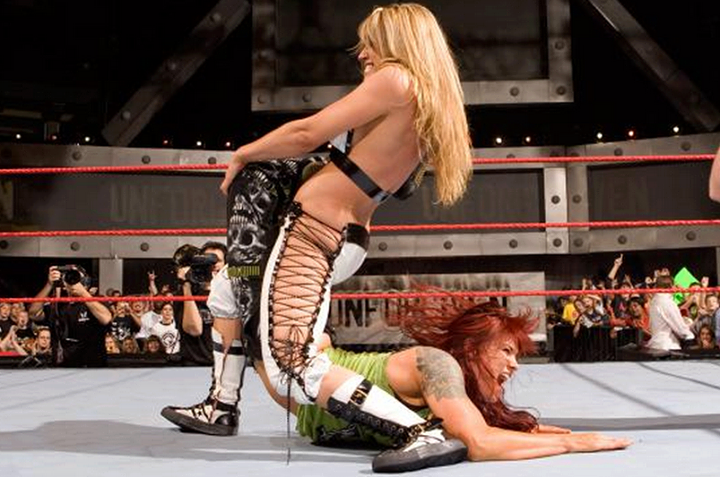 Ben’s Take: No question Edge/Cena in their TLC match defines a seminal feud with a tremendous match, but I held to my guns with Michaels/Mankind carrying the WWF/WWE title, so I did not even consider this. Fortunately for me, perhaps the best Women’s title match in WWE history took place at Unforgiven 2006, with Trish Stratus and Lita going at it one last time, title vs. career; arguably no other Divas match ever had this kind of crowd interest, and the two future Hall of Famers (and backstage besties) topped their A-games in order to give Trish a hero’s sendoff.

Ben’s Take: Bottom line: I needed a World title match. Yes, having World Champion Great Khali on my card doesn’t really add a feather to my cap, but this had some fun elements, with Batista and Rey working against each other for the first time and Mysterio bouncing around like a pinball for both big guys. Looking down the line at the other options for this belt and wanting to keep certain guys free for use elsewhere, I’ll take this minor hit.

Ben’s Take: Justin and Scott essentially split the difference on not using Michaels/Mankind, getting the 2006 TLC match with the WWE title and this as well; pretty good trade-off, though I stand by my choice. Nothing that special about McCool/Maryse, particularly with Michelle being pretty bland as a babyface, it fills the spot.

Ben’s Take: A steal for both sides at this point, with Miz during the year or two where he had true heat and knew how to use it against Bryan, freshly returned with something to prove after his brief layoff over the summer of 2010; these guys worked great against each other and told a really satisfying story with the U.S. title on the line. 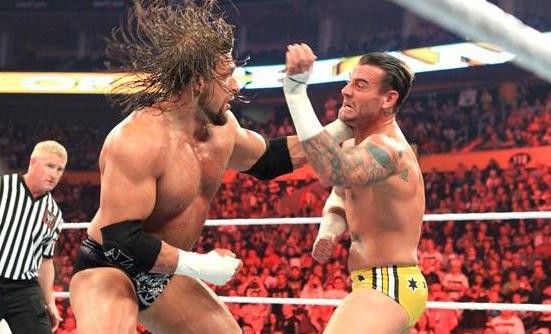 Scott & Justin’s Pick: Triple H vs. CM Punk in a No Disqualification match

Ben’s Pick: Triple H vs. CM Punk in a No Disqualification match

Ben’s Take: Again, not much needs to be said here; two huge names, both readily available with no better options this month, and of course this takes on a whole other level of hindsight given recent events; lousy ending, but not worth dumping it for.

Ben’s Take: Second to last year on the card and neither Randy or Dolph have been used yet; no brainer.

Ben’s Take: I guess I didn’t technically need to use Rhyno & Tajiri against La Res back in 2004, because I still had this—oh well! The Shield had an unstoppable run all through 2013, and while this may not have been among their high points, it’s still a good solid title defense against an often overlooked but competitive team in the PTPs.

As I said, it comes down to this: Would you rather have Shawn Michaels against Mankind for the WWF title in 1996 or both the John Cena/Edge TLC WWE title match from 2006 as well as Michaels/Chris Jericho Unsanctioned from 2008? I don’t think there’s a wrong answer, as the latter certainly has the value, but I’ll stand by Foley/HBK as a landmark on the road to the Attitude Era that warrants inclusion. I will note that while Scott and Justin failed to get The Undertaker or Steve Austin on their card, I didn’t include either of those guys or The Rock or John Cena. As much as I love that Mind Games match, this may be the first month where even I have to give the boys a clear nod over my selections.