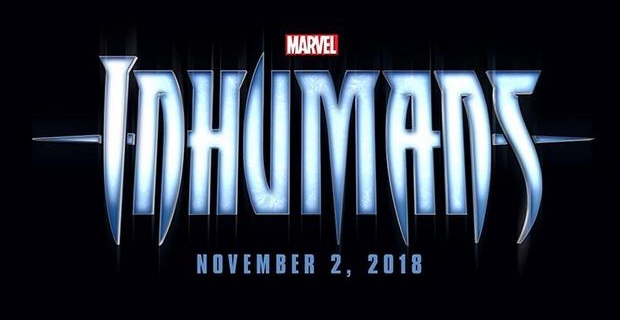 It’s no secret that Marvel Studios has a lot of characters it can’t use due to certain contracts and movie rights sold off during a tumultuous period in the 1990s. Before Marvel was owned by Disney it declared bankruptcy and sold off many of the film rights to its most popular characters.

The X-Men franchise has been at Fox for a long time and has enjoyed a string of hit films since the early 2000’s. That’s a big hole in Marvel’s current plans to develop a far-reaching cinematic universe. However, there is another group of super-powered beings who have a similar vibe: Inhumans!

For the last couple of years, Marvel Comics has been slowly building The Inhumans into something much larger. While it’s only had moderate success so far, a solid feature film could ignite new interest from the comic book community.

But first, how do they get this movie rolling and how can it become a hit? Will it seem like an X-Men knockoff? What’s at stake if it doesn’t work?

This one is likely to be a bit on the pricier side for Marvel Studios. It’s likely to have a fairly large cast, maybe even the largest of any MCU movie so far. It’s also going to need a hell of an effects budget for some of the abilities that’ll be on display. That could make this an incredibly risky venture.

For this movie to work in its full scope, I’m betting Disney will be willing to spend a bit more on it. Somewhere in the neighborhood of about $250 million, actually. Over the last couple of years, Marvel Comics has been pushing Inhumans more by including them in several major events and launching two ongoing Inhumans titles (one that hasn’t debuted yet, but is about to). Then, you’ve got what’s been happening on Agents of S.H.I.E.L.D. Yep, you should have been watching it all along.

Skye was recently revealed to be an Inhuman named Daisy Johnson, aka Quake, during the mid-season finale of AoS season 2. The Inhumans teases have been going on for a while now in the second season and it all came roaring to the front recently. This suggests Marvel Studios plans to incorporate much more of its TV universe into the films in the very near future. Possibly making Quake a major player in the next AoS season and in the larger Marvel Cinematic Universe.

Those plot points would suggest a big push coming for the rest of the Inhumans, as well. Sooner or later, Black Bolt and Medusa will likely be introduced and this whole thing will kick into high gear. The rendering of these and other abilities on screen will take a loaded budget and could prove risky in the long run because that’s a lot of money to lose at one time if audiences don’t take to the characters. But, that’s where Skye comes in; she’s already grown on a lot of people.

If this one doesn’t take off, though, there could be some serious consequences. Losing that much money could make Disney less confident in exploring the deeper side to Marvel’s catalog any further and even cut into the budgets of other upcoming films. By this point, several key players in hugely successful first two phases may be on their way out, if not out already. Disney/Marvel have to find new franchises to carry on the legacy and Inhumans is clearly the direction they feel is best at the moment. I mean, Sony isn’t parting with Spider-Man anytime soon (if ever, let’s not kid ourselves) and Fox has a goldmine in X-Men, so this is the next best thing, right? They better hope so, anyway.

As for the story, we may have to look to Agents of S.H.I.E.L.D. for that one. The origin of the Inhumans is tied to the Kree in both the comics and the TV show, so there probably won’t be that much deviation from the source material there. However, expect certain characters from the TV and film universes to take center-stage over some more traditional Inhumans.

It’s almost a certainty at this point that the Quicksilver and Scarlet Witch used in Avengers: Age of Ultron are to be revealed as Inhumans. In the comics, until recently, both were thought to be mutants and the children of Magento. A recent change has removed that and both are likely to be labeled as Inhumans in the comics from now on, too. The major effect this could have is the removal of both Quicksilver and Scarlet Witch from future X-Men films at Fox. Or at least diminished parts for both or either. It also looks like the origin of the Inhumans may wind up more closely tied to the Infinity Gems and thus immersing them in the overarching story with Thanos and possibly Guardians of the Galaxy.

As we learned from AoS, Inhumans have been around for a while, but have largely been in hiding and/or have dormant powers. My hypothesis is that we’ll see a mass activation of Inhumans in this movie and some will become heroes while others become villains. Ultimately, they’ll have to band together by the time Avengers: Infinity War Part 2 rolls around. Thanos likely won’t discern between the two groups.

Black Bolt and Medusa are almost certainly going to be introduced before this movie comes out. I’d even estimate they get cameo appearances in either the Guardians of the Galaxy sequel or in Avengers: Infinity War Part 1. The rumor is that Vin Diesel will portray Black Bolt, which is something he may have started himself, really. The role won’t require him to speak much, so that might be a plus. And he wasn’t seen on screen as Groot since it was a CGI character. It could work, but the part may still wind up in someone else’s hands.

What about villains for this movie? Aside from some Inhumans who may be “evil” at the beginning, there’s been some talk the Skrulls might appear. That’s not likely, however, as the Skrulls are still mostly owned by Fox due to the villainous alien race of shape-shifters being considered Fantastic Four villains first. Marvel/Disney have partial ownership, but not enough to put them in the film. Get ready for some new alien shape-shifters to come along if it’s to happen at all.

The struggle for the Inhumans to be part of society and to be accepted by the superhero community as well should play a big role in this story. It should also help make them more relatable going forward. While X-Men is certainly moving into a different phase of its storytelling at Fox, this is a chance for Disney to approach a similar story in a new way with different characters.

As far as directors go, no one has signed up for this one yet. Though it wouldn’t surprise me if Disney reached into the already-established talent pool to help this one along. Joss Whedon is likely stepping away from Avengers after Age of Ultron, but this might be a good fit for him to establish new characters and build a mythology that people will want to see again and again. His attention to character arcs could serve it well and make some new fan-favorite heroes and/or villains.

Fly me to the moon

Time will tell, of course, what we get from this film, but my money’s on it being a hit. Fox may have found a way to revitalize its X-Men franchise but that doesn’t mean Disney can’t find a way around that. Sure, it’d be great to see Wolverine and Cyclops leading a team against Magneto and the Brotherhood or the two groups teaming up to destroy some Sentinels in the MCU, but that’s just not in the cards. Nor is Spider-Man joining this party, so let’s just put that away for good, please.

So far the plan to make these movies successful is working. It’s likely working better than anyone ever dreamed it would. That’s something for the studio, producers, writers and actors to be proud of and for us as an audience to celebrate. Sooner or later, these movies will come to a close and we’ll move on to something else. It’s inevitable, really, but I think this ride is far from over.

If Inhumans becomes the next big thing for Marvel Studios, we may be in for a lot more of these films in the future and I can’t see that being a bad thing. Anything that gets people interested in learning more about these great characters and stories is only going to make the geek community better. Open the doors and let them all in, I say.

Come back in two weeks for a breakdown of Avengers: Infinity War Part 2!