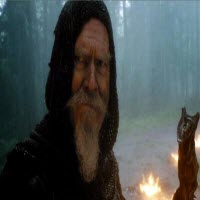 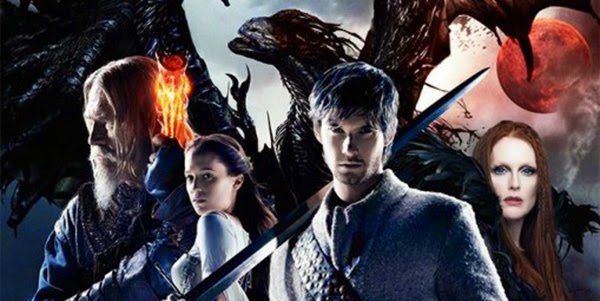 Let me start off by thanking my friend Spencer Cohen for inviting me to join him in seeing this film before it is released. Every studio screening I have attended has been different and a new experience, this one was no different.

Gregory is a champion who fights the darkness through out the Earth, including Mother Malkin. When he needs a new apprentice, he must seek out a Seventh Son of a Seventh Son.

When heading into the theater, I didn’t have high expectations for this film to be spectacular, but I expected at least something tangible. I was let down even there. This may be some of the cheesiest, most basic January fare (yes I know it’s February) I’ve seen in a while. The hokey dialogue, the unfinished special effects, the wooden acting. This is strictly an erector set disguised as a movie in which they run down a checklist to make sure they hit all the standard conventions of what a movie needs to have.

But to top it all off, the title is never even elaborated on. Jeff Bridges is looking for The Seventh Son of the Seventh Son. Why? What does that even mean? For we all know, Ben Barnes is just a rabbit’s foot. There’s no explanation as to why a Seventh Son is significant. They’re too lazy to even give us the standard, boring exposition.

If there’s any saving this film, it’s that it qualifies for “funny bad” status.

I love Jeff Bridges. He’s an amazing actor. But there wasn’t even an attempt to sell us here. He’s doing this so that we don’t forget that he’s still here. He uses the same voice he did in True Grit as though it would give him more cred, but it’s just not passing muster.

Julianne Moore is trying. She’s clearly trying. At times there is something to her performance, but it doesn’t elevate the film to any level above mediocre. Luckily this won’t likely affect her Oscar chances. So she’s avoided the “Norbit” effect.

File this one under the Redbox category. It’s funny bad. But not $10 funny bad.