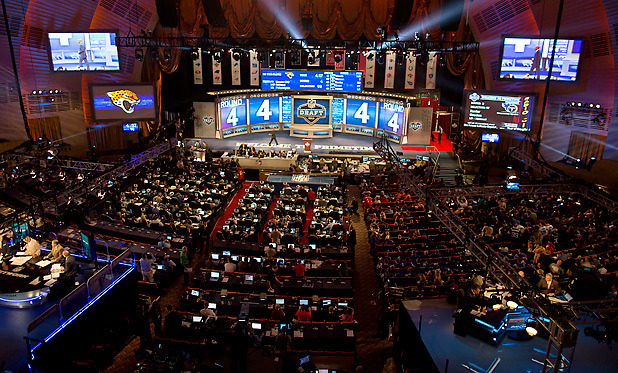 Recently, Justin and Scott conducted a Wrestling Television Program Draft with the premise being they were creating their own 24/7 wrestling channels which they needed to fill out with historical wrestling programming.  We asked the Nation to listen and vote on who they thought had the best draft (voting is still open!). We then brought in expert correspondent Chad Campbell to give his commentary on each pick as well as a final grade for each draft.  For the first ten picks he also notes which show he would suggest for the first program aired.  Lets see how our fearless hosts did!

Scott describes this show as a standard bearer and I have to agree.  This pick feels like a no-brainer but it has twenty years of mostly solid and sometimes extraordinary content.

Nitro seems like a good pick on the surface to counteract Raw with WCW’s most notorious program. However, I do feel this pick was a tad early and here is why. The Nitro lifespan is only from September 1995 – March 2001, which is less than a lot of shows on this list. Of that five and a half year stretch, quality programming only really persisted from mid-1996 through 1998. The peak of Nitro was some of the best wrestling television in history; I just think it is too brief to justify the second pick in this draft.

Suggestion for first show: 7/8/96 Night after Bash at the Beach

Great mixture of everything WWF transpired to be in the mid- 80s. Fun banter between the house with some solid action spliced in and a ton of character development pieces. Prime Time Wrestling was about more than just in ring action and was the predecessor to sports entertainment. I like this pick a lot.

Suggestion for first show: Preview to WrestleMania 5 in Atlantic City

This would have been my second pick. First, you get a wide catalog from 1985-2000. Even after Nitro supplanted itself as the premiere angle show in WCW, fun matches still were going on in WCWSN. You also get the amazing Dangerous Alliance era and the primitive days of the Horseman. WCWSN shows the transition from Jim Crockett Promotions to the death of WCW.

Not a ton of programming with this show but without PPVs, these feel like the biggest TV shows in the pre-Raw WWF era. Some good skits are also spliced in along with big time angle development. SNME provided the WWF sense of prime time programming. This pick may be a tad high but no major complaints from me.

Rozzero comes in with a rock solid choice with the #6 selection. Fourteen years of programming and a supplement to Raw on the opposite station. Smackdown featured great angles and storyline development for the last decade within WWE.

Pick 7 – Justin: Clash of the Champions

I prefer this over the SNME pick.  Some clashes were dreadfully bad (Clash 10 I’m looking at you), but when they were great (Clash 1, 4, 6), they were really great. Some of the greatest matches of all-time happened on Clashes.

Suggestion for first show: Clash of the Champions 1

Often imitated, never really duplicated is the genesis of the ECW Hardcore TV. Nothing in wrestling has felt quite as cultish as ECW and their hardcore fanbase. I am not the hugest fan of the product personally but I can’t deny that this was a good pick for Scott in the #9 slot.

Big time value here. Mid-South was at the forefront of exciting television. I can hear Jim Rose screaming now as the credits roll. They took a tired weekly wrestling template and juiced it up with big time title matches, hot angles, and strong developments. From 1982-86, Mid-South produced some of the most exciting television in history.

Suggestion for First show: Dick Murdoch gives some “advice” to Ted DiBiase before his World Title match vs. Ric Flair.

I think this is a reach at this point. No doubt there was some good programming but again we are talking about a really quick shelf life. The main component for this programming would be to see the rise of characters such as Punk and the countless great matches of individuals like Christian.

I am not crazy about this pick either. Scott already has the original so now he follows it up with a lesser version. Only a years’ worth of programming and the only advantage I can see to having it is being able to have the complete ECW TV catalog.

I really like this pick here. Tons of programming and quality stuff to showcase. Superstars was the main angle development battle ground for a while in the WWF and the WWE reboot version features tons of fun matches to kill ten minutes of time which is important in our attention shortened world. I would actually suggest randomly inserting those matches at random junctures throughout the day to hook in viewers.

Another really good mid-round pick. World Class was an extremely hot promotion at its peak and more quality stuff at the tail end of its run with Eric Embry than most other promotions can claim. The Von Erich vs. Freebird feud should be showcased as a top priority on the station.

Unabashed entertainment only show. I like the idea of it being late night programming and agree that Justin’s list to this point is pretty short on fluff. That allows me to justify him picking this here even though the catalog and quality doesn’t have a ton of depth.

This is a good show to see the birth of some wrestlers in the main event scene as well as up and comers with the Full Sail taping stuff. The women’s season is long and dreadful but that programming can be buried. I like this pick.

Quality pick by Scott here. This has the Hennig vs. Bockwinkel match which is one of the best TV matches ever. Hulkamania being born is a lot of fun and we also get the Midnight Rockers vs. Rose/Somers tag war. AWA also was fairly consistent for its ten year run.

Decent pick here but again not a ton of programming to deal with. I would institute Velocity like I suggest with Scott as short 15 minute segments throughout the day.

Excellent pick here. A ton of great action in 1990-1991 with Jarrett, Lawler, and Dundee. You also get the 1993 Vince McMahon heel run as well as the great 1992 Moondog run. This is the best value pick of the draft so far.

This would have been my last pick of this draft. You get early Harlem Heat and 1-2-3 Kid but that is it. The bad is really bad but most of the other shows have really bad matches interspersed with some good eras. This catalog is also very brief.

A sneaky choice I like here. Heat was more integral for a two year span that would appear on the surface and I like the idea of pairing these with Monday Night Raw.

Really good pick here with a deep catalog and some fun stuff. As a late round stash pick, it doesn’t get much better than Challenge.

We are getting down to the end of the draft, but I do feel Shotgun was selected before some other stuff I would have taken. The first six episodes are amazingly entertaining but there was not a ton after that except secondary stuff.

Another choice where I would have taken something else. This was fun programming as a kid but a lot felt dependent on what was happening in the WWF at the time.

Up there with USWA as best value picks of the whole draft. There is a TON of great stuff in Worldwide including great Horseman stuff and Dangerous Alliance. Worldwide also has a bevy of good announcer duos and even a ton of fun stuff later on including Flair vs. Regal.

Good pick at this juncture. The third show of the three WCW options, but again a good bit of programming and the lead in to PPV.

Good obscure programming and I like the 5:00 PM timeslot you slot this in at.

Good choice this late. Some fun solid Gene/Bobby interaction and you also get some Hogan matches and interview segments. All American in select junctures was more integral than Challenge.

Only two years’ worth of programming so far, but it was my favorite television show of 2012 and 2013 has had a bevy of really good matches mostly featuring Antonio Cesaro.

Not a ton of big quality here, but the quality stuff is CHOICE programming. Getting those matches this late is a good steal.

Another quality choice as Justin’s last pick. I prefer Power Hour to All American and again there was more quality matches and some fun Danger Zone angles.

The last choice by default and I wouldn’t have picked it much before this. Decent stuff but better stuff is elsewhere in the draft.

I was not crazy with the first couple of selections for Justin, but I can’t deny the wide variety and high value picks he was able to secure. Justin has highly diversified and quality programming.

Scott started off extremely strong with my top two overall picks, but then he had some misfires and reaches with Thunder, ECW on TNN, and NXT. Scott did well at crafting some great WCW programming and the complete ECW catalog but his draft felt more top and bottom heavy.

What do you think of Chad’s commentary?  Where would you have made changes to each draft?  Head over to our Facebook page to discuss!