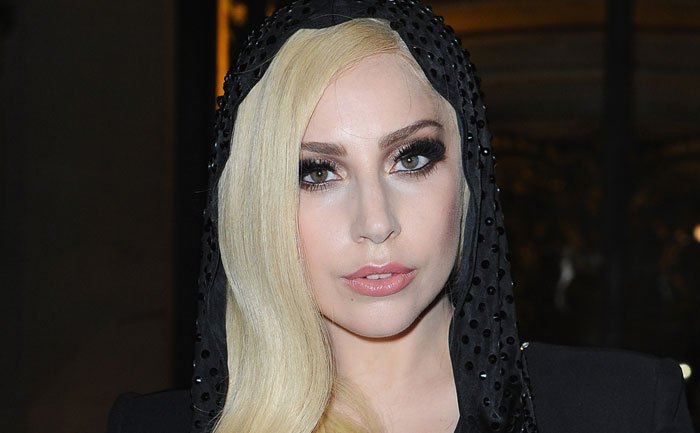 This is a tiny look into the history of pop music. Every year, a handful of musical artists are vaulted into the pop elite by being nominated for a “Best Newcomer/Breakthrough” award.  At the time of this artistic milestone, a large number of the population already has a familiarity with either the name or at least the sound. Yes, I am aware that some influential debut album by some underground/niche band came out that changed music forever, but this is pop…ular music. So, you can argue all you want about how Neutral Milk Hotel (whom I’ve been told is a real band) is better than anyone on every list ever and have been rated as the number one album of all time by some blog, then good for you.

But first, I’m going to go off on a tangent- ‘modern times’ sort of stopped six years ago- when the iPhone 3g came out. People traded in their Razr phones in droves for this new fancy contraption and then every year or two we just upgrade to the newest model…or go rogue and get the Samsung’s Pepsi to Apple’s Coke. Let us not forget those who have just bucked authority and kept their old flip phones which often leads to confusion or even contempt as they pull it out in public…ok, I digress, but it’s not just me in saying that a lot of people go “oh, that was X years ago? hmmm” I mean, would you believe me if I told you that Jay-Z’s “99 Problems” is 10 years old now? No? Yeah, time slips by ever so quickly now, but the class of 2009 is stacked and might be the last great new music class – to the point you can say “Really? These people all came out 5-6 years ago? That’s it?” What if I told you “Big Pimpin'” is 14 years old? Feel old now? You’re welcome. Ok, I’ve ranted enough, now it’s time for the pop class of 2009

They often say it takes five years to figure out how a draft class fared. We know now…ok, fine, we knew then that Hasheem Thabeet was a HUGE mistake at #2 in the NBA draft, the whole Johnny Flynn/Ricky Rubio/David Kahn debacle….In the NFL…oof, that…that was a rough draft. #2-5 were Jason Smith LT Rams (out of League), Tyson Jackson DE Chiefs (now on the Falcons), Aaron Curry LB Seahawks (out of League), #5 Mark Sanchez (Sorry Justin…), so let’s take a look back down memory lane and visit good ‘ol 2009.

Yes, I know it’s a cop out, but I’m pretty sure everyone and their grandmother all know about her rise to the top from singing at coffee houses to dressing like Bjork. She was being nominated for song and album of the year whilst being nominated for Newcomer honors.  So, we don’t need to look at the first three or four years of her pop stardom, instead we’re going to look at her latest album, Artpop, where the critical and sales disappointment have been well chronicled. Yes, it went #1, but then the sales fell a whopping 82% in the second week- 2nd highest of all time. The third (and final single) off the album topped out at #76 in the US charts and only made the top 10 in party hotspots like Croatia and Bulgaria. So, at what point does her high priced antics start to become worn out and it’s time to hang up the meat and bubble dresses? I’m not going to say its now, but in the next few weeks she will be releasing a duets album with pop icon…Tony Bennett? Here are a couple of quick thoughts on that matter:

– What better way to alienate your youthful fan base by doing an album with someone who only our grandparents listen to, and we know how cool they are.

– Everyone always rips on her for copying everything that Madonna did, but is this the time she finally goes her separate way? I mean, we’ve all seen a 50 year old Madonna still trying to act hip and cool like a 20 year old? Is this where she tries to re-reinvent her career as a singer as opposed to a pop act?

– This album will be good. No one is denying that she doesn’t have talent. She doesn’t have to use the ever trendy autotune because she can actually sing, and what better way to showcase your ability to do so than with one of the greatest crooners of all time?

So, based on talent alone, she has a never ending residency all set up in Vegas, but as for big multimillion dollar theatrics, *shrug*, that might be limited as  her fan base gets older and moves on to other things.

Do you know who was #2 to Cam Newton in the 2010 Heisman voting? Andrew Luck. Well, Katy Perry was pretty much the runner up to Lady Gaga (2009 was Mark Ingram, barely beating Toby Gerhart, so we’re going to use a different analogy). Again, I need not mention anything about her popularity other than this – it’s a shame she’s a music industry creation. I remember watching her network debut on Last Call with Carson Daly, and there she was, just her and a guitar and she was a singer-songwriter, then all of the sudden the record label was like “oh, we need hits…” and then bring in some some Swedish super producers (who co-wrote with the Backstreet Boys, Britney Spears, and N’Sync)…and just like that, pop sensation. So now, producers line up with all these ‘hit’ songs and she can just pick and choose what she wants. Well, her career will go as far as her plastic surgery goes. I mean, I can’t picture her in her 40s doing all the glitzy glamoury “I Kissed a Girl” stage antics…but then again, the same could have been said about Madonna…oh man, can you imagine a 50 year old Miley Cyrus doing the casino tours flopping around on the ground gyrating? *shudder*

Another heavy hitter from the class of 2009 (no pun intended) would be Great Britain’s Adele, who won the Grammy award for best newcomer and followed that up by winning more awards…and even more awards. She put out a second album, “21” in 2011, and won more awards. 2012 she gave us to the theme to the James Bond film “Skyfall,” and in turn she won more awards. She doesn’t have another album out until 2015, but its safe to assume that will win tons of awards as well. Adele is one of the few artists who has bucked the trend lately and actually sold more albums. 19 (2009) sold 7 million worldwide, 21 (2011) sold 30 million. So, someone out there is still buying albums.

I’m sensing a trend of female singer-songwriters for 2009. Initially poised as the skinner Welsh alternative to Britain’s Adele, Duffy’s single Mercy was everywhere, and I only say that because I remember seeing that everywhere during the 2008 Olympics or their fall schedule or something. She went against Adele for best new artist at the Grammy Awards and that is pretty much it. Her next three singles from this award winning album failed to even chart in America, and her second album, 2010’s Endlessly, peaked at #72 stateside. After this, she “went on hiatus” citing exhaustion and disagreements with her record label over her direction. Since then she has moved into acting and will be starring in a British independent film “Secret Love” due out in 2015.

Last of the class of 2009 is the Colorado pop duo, 3OH!3. Interesting fact about these guys – much like Jay-Z, they too have been sued by Diamond Dallas Page for hand gestures that are similar to his trademarked Diamond Cutter ‘logo’. 3Oh!3 were initially written off as a one hit wonder with their pop-comedy hit  “Don’t Trust Me,” they proved everyone wrong by latching on to star talent including Katy Perry, Ke$ha, and Lil Jon. Their follow up album, 2010’s Streets of Gold, peaked at #7 on the Billboard Charts (thanks to the Ke$ha lead singe)…but then they proved their critics right by quickly falling off the map. Their third release, 2013’s Omens, had zero guest appearances never made out out of the niche dance charts. It topped out at #81 on Billboard with the second single, Youngblood, rose to #115 in the single charts.

So there you have it, the rookie class of 2009, perhaps the last great music class. Worth not mentioning – the winner of American Idol, Kris Allen, was the first Idol winner winner to not go platinum, or even gold, and after two records, was dropped from his record label (as were a lot of other Idol artists). We will touch on that a bit more next time when we review the end of music as we know it, a very cynical look back at the class of 2010. As always, thank you for taking a few minutes out of your day to glance at this.