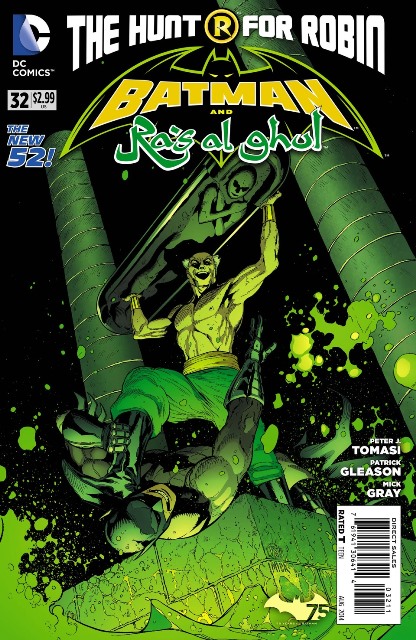 “The Hunt for Robin” concludes! Batman has caught up to Ra’s al Ghul, and the battle for the bodies of Talia and Damian begins!

Picked because: This has been one of the most emotional stories of Batman’s New 52 history. It could easily have been a disaster, but Tomasi and Gleason have turned it into a masterpiece! This ending chapter is actually only the beginning of something much bigger. The next big story arc is called “Robin Rises” and sees the return of Robin to the “Batman and…” title. It’s been fun to see Batman team up with everyone from Red Robin and Catwoman to Aquaman and Frankenstein, but it’s hard not to miss seeing Robin (Damian, in particular) in this title. Will Damian be Robin again? Well, it’s certainly linked to how this story winds up. It would certainly make some fans happy (me included), but my money’s on somebody else taking up the mantle. And SHE already has a history with the role. We’ll see soon enough! 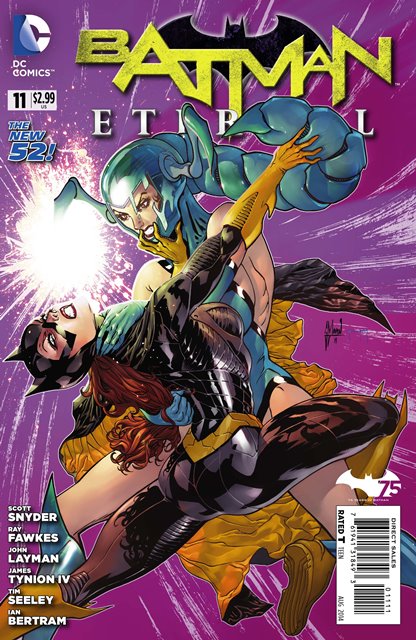 The trial of Jim Gordon begins!

Picked because: This series hasn’t had a bad issue yet, but the big reveal that Carmine Falcone is not the major villain of the title last week makes this one a must-buy comic. Batgirl has been on the hunt for the truth about what happened the night of the train accident that landed her dad in jail and this issue has her catching up to a major eye-witness. Since he’s a known criminal he won’t likely be willing to talk about it. But there’s another element to all this that fits with the somewhat-late Father’s Day theme: Alfred has a daughter! And she’s neck-deep in whatever it is that’s attempting to cause total chaos in Gotham. It seems like every issue reveals a bigger piece of the puzzle as to who’s responsible for everything that’s happened so far. And this might be the most interesting-looking issue yet with guest art from Ian Bertram. It’s certainly a departure from the usual style this book goes for, but it fits the tone established by Tim Seeley’s script. As we’ve seen so far, nothing is as it seems on the surface with this one. 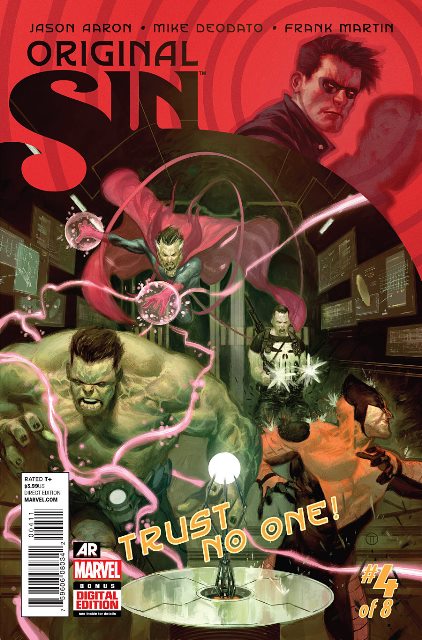 TRUST NO ONE. NOT EVEN YOURSELF.

• One hero goes rogue. Another loses his head.

• Dr. Strange and the Punisher team up for a daring raid.

• And all trails now lead to one suspect.

• But he… how is that even possible?

Picked because: Did you read issue #3? If not, stop here and go do that first. Got it? Good. Now…WHAT?!? Winter Soldier…did…that! And how about this Punisher/Dr. Strange team up? It’s the oddest couple Marvel has tried yet and it’s turning out to be absolutely brilliant. Who would have thought? Can we make this a more regular thing, Marvel? The larger mystery is still very much intact, but it’s starting to look like a couple of players have figured out the meanings behind a couple of major clues. Original Sin, as events go, has turned out to be one of the more entertaining and meaningful ones Marvel has tried yet. Its mystery story over epic superhero battle is quite a refreshing change of pace for the company. Jason Aaron has been on quite a roll with his current slate of titles at both Marvel and Image. If you’re looking for a crazy story with some of the most eclectic team ups ever, get on this book! 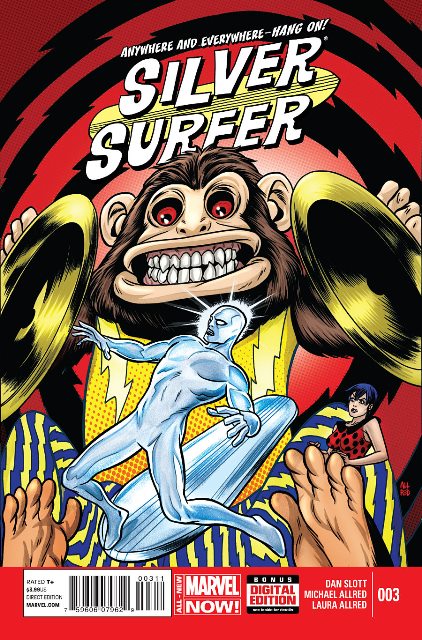 • As everything goes kablooey, find out why the fate of every possible tomorrow rests… in a wind-up toy monkey.

• No. Really. One of those creepy things with the cymbals.

• Also, after 48 years in comics, one of the most underappreciated characters in the entire Marvel Universe FINALLY gets a name. Have your handbooks ready!

Picked because: Wait, this title is still running? Yeah, delays do happen sometimes, but for a book this good; it’s hard to give up on it just for that. It’s nice to see a Marvel book that’s exploring the truly weird side of the Marvel Universe so unapologetically. And Mike Allred’s art is such a perfect fit every issue. Issue #2 was one of the best comics Marvel has produced lately and this issue looks to give us even more reasons to love it. The origins of the Never Queen are particularly interesting, especially after the big reveal of issue #2. Slott clearly has a deep love of all things Doctor Who and for a character like Silver Surfer, that’s a brilliant combination. Check this book out now!