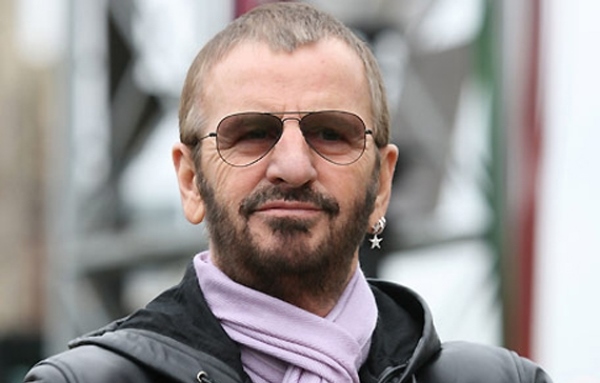 Unless you have been living the life of a finely tuned monk, you will be aware of the hoopla surrounding the 50th anniversary of a Frank Gorshin appearance on The Ed Sullivan Show, which also featured an English curiosity that went by the name of The Beatles.

To celebrate this event, the original American Beatle albums were released in a box set on CD, remastered for the first time with each disc containing the mono and stereo mixes of each record. For a limited time, they are being sold individually as well.

Since I am of an age (*sighz*) where I actually received those albums as gifts or got them with ALL of my allowance money when they came out, I dutifully bought three of them in spite of having the entire Beatle canon remastered in the original British versions.

Driving to work I was listening to “Yesterday and Today”, the release famous for the cover that practically no one saw. On that cover, the Fabs produced a sly protest over Capitol Record’s habit of re-editing their lovingly crafted song orders that the Brits enjoyed to carve two money makers out of one release. Apparently, the American version of “Rubber Soul” put them over the edge and so they posed in butcher smocks with dismembered doll parts and hunks of raw meat draped over them. The official press was it was a take on “pop art”, but it really was a pop “fuck you”. Capitol hastily came up with another cover, with a rather disgruntled looking band gathered around a steamer trunk; early versions of the album had the replacement cover pasted over the original, one of which resides in my vinyl archives.

Arguably, my favorite track on the album is “I’m Only Sleeping”. It was actually slated for “Revolver”, a record that was still a couple of months in the future. No wonder those guys were pissed.

“I’m Only Sleeping” on the surface seems to be about the joys of a nice nap or doze but it’s really a John Lennon acid dream, a dayglow drift of backwards solos and over compressed acoustic guitars ringing like the inside of a hunchback’s head swinging from a bell rope at Notre Dame, punctuated by McCartney’s swooping bass lines.

I have heard this song thousands of times, and yet there was this revelation.

It’s all about Ringo.

Yep, little Richard Starkey … the luckiest man in the universe according to some. There was a fair amount of Ringo hate in my post Grammy Facebook and Twitter feeds: “He wasn’t playing the REAL drum part in McCartney’s song”; “he still can’t sing …” and blah blah.

Here’s the deal: Ringo was THE pro drummer in Liverpool while The Beatles were coming up. Playing with Rory Storm and the Hurricanes, Ringo was playing the “good” clubs in Hamburg long before John, Paul, George, Pete and Stu got there. He was picking up the well-paying holiday camp gigs in the summer and generally had a nice little club musician gig going. The Beatles lured him away to replace Pete Best with a guarantee of twenty-five pounds a week. Decent money back in the day.

For the first three years of the British Invasion, Ringo was the gold standard for rock and roll drummers. There’s a sizable cadre of Charlie Watts supporters, but if you listen to any hit single between spring 1964 and fall 1967, Ringo’s stamp is all over it. Even my first garage band at the time needed our drummer Steve Gillette to find a piece of that magic.

Within a year of the summer of “Sgt Pepper”, the whiz-bang of Keith Moon and the technical prowess of Ginger Baker, Mitch Mitchell and the unavoidable solo in “In A Gadda Da Vida” (courtesy of Ron Bushy) would overshadow everything and everybody smacking the tubs.

But Ringo brought something else with him; a keen sense of what was exactly right for the song. Try to imagine John Bonham keeping that hypnotic part in straight in “Tomorrow Never Knows”. He couldn’t, because he would just have to drop one of those four bar triplet fills he was so great at somewhere … and destroy the mood in the process.

So on “I’m Only Sleeping”, with all that audio nuttiness going  on, what is Ringo doing? He’s swinging it.

Yep, of all the stuff that could have happened there Ringo instead dipped into his Butlin’s camp bag of tricks and produced “Sentimental” fucking “Journey”.

And it is perfect.

Only two perfectly timed fills, one at the end of each bridge and the rest of the time a nice little groove for mom and pop. You just can’t touch that; not even Charlie Watts could.

In those little details lies the enduring appeal of The Beatles music. They created new templates from the old stuff they heard growing up, and then crafted poetry and soundscapes to fit into them and the glue that held it all together was the sad eyed short guy.

It was always about Ringo.