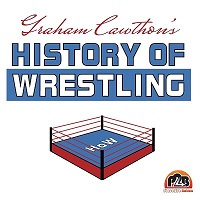 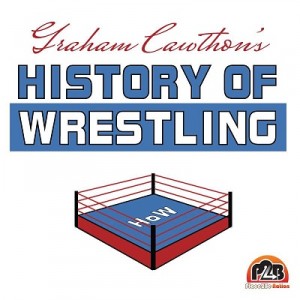 Randy Savage vs. the Ultimo Dragon?

It can only mean one thing. WCW B- and C-level TV.

This week, The History of Wrestling Podcast is joined by former WCW announcer Scott Hudson to talk about the later years of WCW Saturday Night and Worldwide, the hidden gem matches, what went into producing the shows, and the talent.

Graham Cawthon, Brad Stutts, and Dan McGinn discuss how weekly shows that were once can’t-miss became afterthoughts in the Nitro/Thunder era, the internal efforts to make them more meaningful, and the wide variety
of names that walked through the doors in WCW’s later years.

Every show the boys will present their Youtube Clip of The Week. This week’s offering goes back to a time when Worldwide was arguably the hottest wrestling show in syndication and the night the Rock ‘n’ Roll Express beat the Russians for the NWA Tag Team Titles.