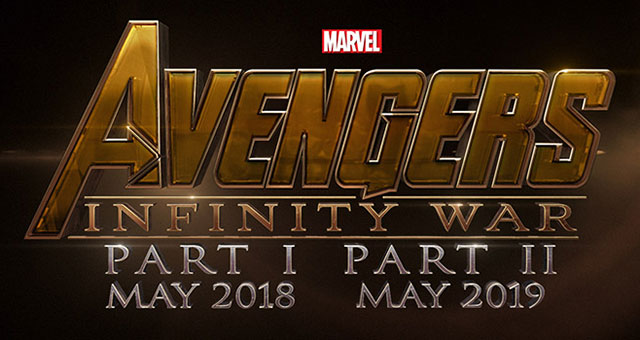 Ok, so Marvel Studios and Sony Pictures decided to upend the whole thing a week ago by telling us that Spider-Man will be joining the Marvel Cinematic Universe. That changes almost everything. From Black Panther’s level of involvement in Captain America: Civil War to the structure of both parts of Infinity War. Not to mention the new solo (rebooted) Spider-Man movie we’re getting in 2017 (only two years away!).

What does this mean for the final part of Marvel Phase 3? Plenty! Lots of issues have to be resolved by the end of this film. This is the biggest, most expansive undertaking any movie studio has tried yet. We’ll finally see all those moving parts from the various MCU franchises coming together. What will it mean for the future of the MCU? Will there be a future? Is this the end of the line for Chris Evans, Robert Downey Jr., Samuel L. Jackson and/or Chris Hemsworth?

There’s so much to get to and I’ve only got so much space to work with. But, I’m going to give it a shot!

And there came a day unlike any other…

Wow, I can’t even begin to describe how big the budget for this movie has to be in order for it to work to its full potential. Not just from a visual standpoint, but from the sheer number of people involved in it.

This will see the coming together of everyone from the first two phases of the MCU plus all of the new character introduced in Phase 3. Get ready to see the Guardians of the Galaxy and possibly the Nova Corps make their way to Earth. Add in some Doctor Strange, Black Panther, Captain Marvel and…oh yeah, Spider-Man!

Inhumans has been rescheduled to be after this film, so it looks like we might not see them in this movie, after all. Black Panther and Captain Marvel won’t have first solo films until after Avengers: Infinity War Part One after the reshuffling takes place.  Black Panther’s involvement will likely be changed significantly due to the Spider-Man deal.

While that deal isn’t costing Marvel a dime, it will still create the need for an expanded budget. I’m estimating this movie to be considered a separate film from Part One now that we know several movies will take place between them. So, it’s standalone budget will likely clock in somewhere in the $350-375 million range. If it hits $400 million I’ll be surprised, but it’s not out of the realm of possibility.

Certain contracts will end before we get to this movie, but I wouldn’t be surprised if a couple of them (maybe all) decided to extend for one last hurrah. If the price is right, of course.

Those familiar with the comic book realm know that The Avengers has a fairly large roster. It’s changed over and over throughout the years, depending on which team the writer and/or editors were fond of at the time. Brian Michael Bendis had a storied run on the title with his launch of New Avengers gaining quite a following with a lineup that included Captain America, Iron Man, Wolverine, The Sentry, Spider-Man, Luke Cage and Spider-Woman. Some of those won’t be available for the film, obviously.

What looks to be happening is the old guard is finding its time running out and Disney wants to keep the MCU going. It’s a cash cow, so it’d be crazy to let it die.  Unlike their comic book counterparts, these actors are going to age out of their roles (or just get tired of playing the same role over and over again). That’s where these new faces come in; they can take the story in a new direction. In the same way the initial Avengers roster was shaped by the strength of the Phase One films, the next generation needs to be shaped by Phase Three.

With a cast that includes Benedict Cumberbatch (Doctor Strange), Chadwick Boseman (Black Panther) and Sebastian Stan (The Winter Soldier/likely Captain America) there’s plenty of talent to go around. And that’s not even including the entire cast of Guardians of the Galaxy and as-yet-unnamed actors for Captain Marvel and Spider-Man.

My initial thoughts on Infinity War Part One included the possible death of the original Avengers team. While not all of them are likely to die, my money’s on Tony Stark, Thor and/or Steve Rogers. Nick Fury may also die before or during these events. This opens up lots of possibilities, but there’s one thing to keep in mind: Spider-Man is still under creative control of Sony and probably won’t be in quite a position of leadership going into the next phase as some would probably like. More on that later…maybe.

Thanos is for sure going to be the villain in this film as he was in the previous one. If the story goes in the direction I think it might, we could see the main Avengers cast transported away from Earth at the end of the first film along with Thanos which may or may not imply the death of the original heroes. With Marvel rolling out Secret Wars as a new event this year it might be a precursor to something similar being teased in the film universe. While there won’t be a direct adaptation of the story, it might be interesting to see some elements of Secret Wars in the movie.

What this movie needs to do is put heroes like Doctor Strange, Black Panther, Captain Marvel and Winter Soldier (aka the new Captain America) over in a big way. Movie audiences need to walk away feeling like these are the heroes they want to see again and again. If they can accomplish that, then we have the firm groundwork laid for Phase Four: New Avengers!

There are lots of places this movie could go. I listed some of my thoughts, but really it’s just the tip of the possibility iceberg. We’ll have a few solo films leading up to this one and a couple in between so who knows what sort of surprises are going to happen there?

Thus far we’ve had two great phases of Marvel films, and two isn’t even over yet. When these movies first started being seriously talked about I never dreamed it would get this far. I especially never thought the larger public would turn out to support it the way it has. I’m incredibly happy to have been proven wrong on both counts.

And, for the record, I’m happy to have been wrong about Sony and Marvel striking a deal to “share” Spider-Man. It’s unprecedented cooperation between rival studios, but we the fans are likely going to reap all the benefits of it.

While I’m seriously considering adding another article to this series for the new Spider-Man film we’re getting in 2017, I’m going to go ahead and wrap up this series officially with this post. It’s been a fun ride to map out the possible outcomes and I have to say thanks to all of you who’ve read them and enjoyed them. And thanks to those of you who read them and thought I’m a complete dork with too much time on his hands. I also can’t thank the staff and editors at Place To Be Nation enough for allowing me to put this stuff out there. I’m looking forward to writing even more during the rest of the year.

See you all at the movies!