Greg: Did you miss us?

WAIT! Don’t answer that! Anyway, after a ridiculously long absence (It’s a long story, and I’m not saying it involved Kamala the Ugandan Headhunter, but it involved Kamala the Ugandan Headhunter), we are back in a BIG way. Get it? By “big way,” I mean both the size of the column and the high-quality content within. By now, you’ve probably seen Avengers: Age of Ultron. If you haven’t, what are you waiting for? Go to your local cinema and remedy that situation. We’ll wait.

Very good. Anyway, “Age of Ultron” is tearing up the box office, so we here at Place to Be Nation Comics thought, what better time to celebrate Earth’s Mightiest Heroes? That’s right. Captain America, Iron Man, Thor and company have a long and glorious history on the printed page that predates their on-screen antics by decades. Joining Nick and me for this edition will be the illustrious Russell Sellers, Tim Capel and Todd Weber, all whose work can be found right here on Place to Be Nation Comics. We sent out seven Avengers-related questions to the panel to get their thoughts on an array of topics involving Marvel’s most prominent super-team. So get ready, folks, because we’re going to take you on a tour of all things Avengers! 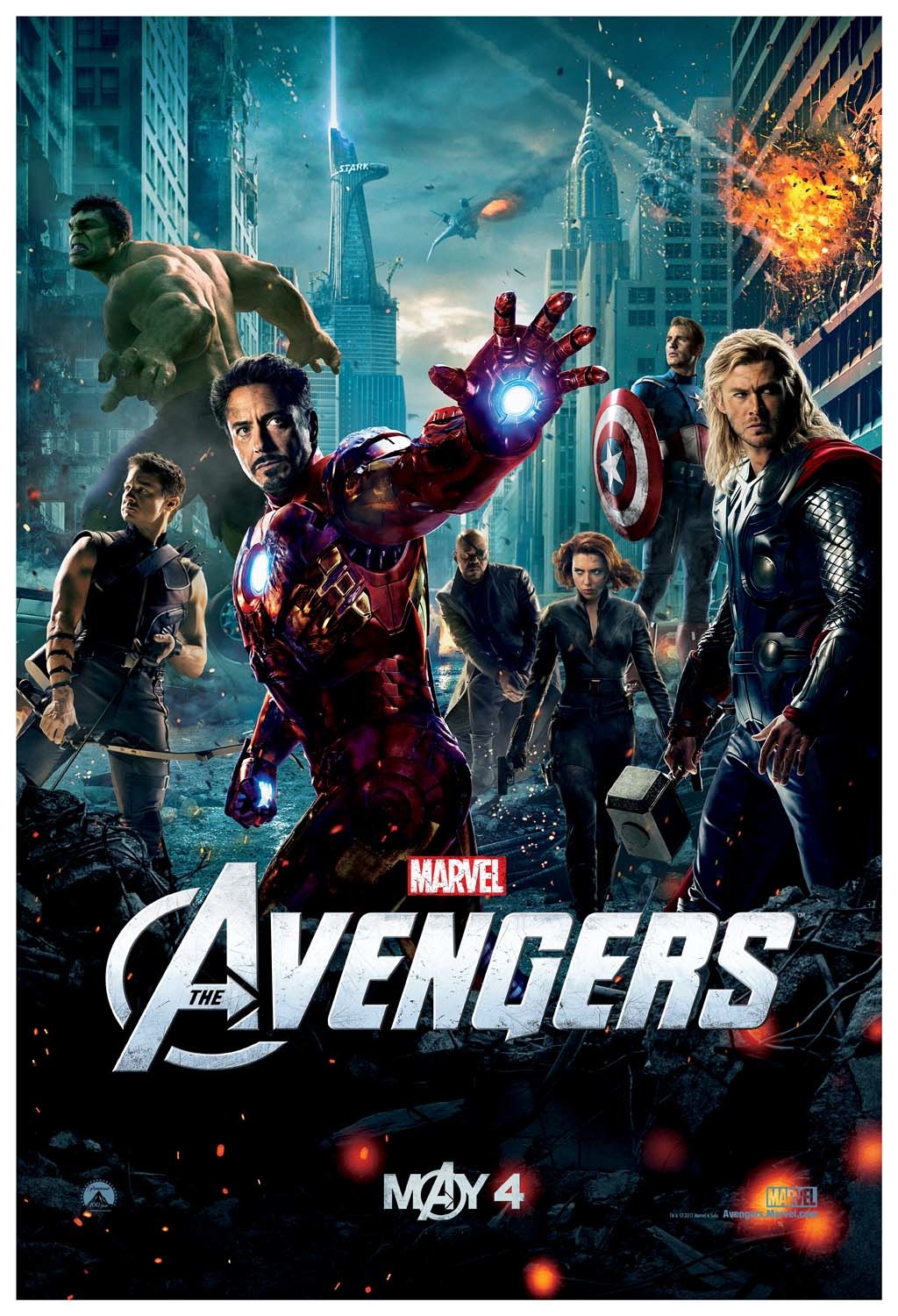 1) What was your introduction to the Avengers as a concept? How old were you and what were your thoughts on the idea at that time?

Nick: I don’t know that my first introduction to the Avengers was a very good intro to the concept since my first exposure came through the Captain America and the Avengers side-scrolling video game. I picked it up as a rental for SNES sometime around 1992 when I was 4 or 5. I loved superheroes, so of course I was familiar with Captain America and Iron Man at that point. Hawkeye and Vision I had never heard of, and it wasn’t until years later I realized that the all-white version of the character had appeared in this game. As a kid, I mistakenly called him Mothman because I thought the name made sense for a flying character clad in white from head to toe.

Anyway, this was my introduction to the Avengers, though I wasn’t aware of the team’s existence outside of that beforehand. So, it didn’t really register at the time that Marvel had an answer to the Justice League. It probably wasn’t until years later when I finally got into comics that I became more familiar with Earth’s Mightiest Heroes. Even though I started out reading only Ultimate Spider-Man, I quickly became more familiar just by walking into the various comic shops I visited and seeing posters and other issues on the shelves. However, even from that early beginning, I always kind of viewed the Avengers as a lesser version of the Justice League, mainly because of the lack of Marvel’s two unquestionably A-list characters — Spider-Man and Wolverine.

Greg: The first time I remember encountering the term “Avengers” was at a local arcade, where sat a cabinet copy of the four-player Captain America and the Avengers game. Arcades were fun. Anyway, I was an absolute sucker for any multiplayer beat-’em-ups back than — The Simpsons, X-Men, Teenage Mutant Ninja Turtles, you name it — so I naturally took to this one, which had a ton of similarities to the aforementioned X-Men game. The game let you choose one of four characters — Captain America, Hawkeye, Vision and Iron Man. My characters of choice, invariably, were Cap and Hawkeye. I loved using Hawkeye’s arrows to fend off evildoers, and Cap was friggin’ Cap, y’know? Unfortunately, my love of the game (and it’s Sega Genesis port) didn’t translate to the comics. I was perfectly happy living in the X-Men and cosmic sides of the Marvel Universe, thankyouverymuch. In the comics, characters like Cap and Iron Man were boring old-timers to young Greg, not capable of holding the proverbial jock straps of the likes of Wolverine, Gambit and, yes, even Cyclops. I was nothing if not committed in my X-Men fandom at the time.

Todd: When I was 8, my mother bought me the Mighty Marvel Jumbo Fun Book, which was a black-and-white puzzle and game collection. My only previous exposure to the Marvel U had been very limited. There was Spider-Man on “The Electric Company” (and syndicated reruns of his ’67 animated series); Bill Bixby & Lou Ferrigno’s “Incredible Hulk” TV show, Mego figures (I had Spider-Man and, strangely enough, Mr. Fantastic), and some random Master of Kung-Fu comics. The Fun Book had ALL KINDS of Marvel trivia and art, and there were lots of Avengers pages. I distinctly remember first seeing the iconic cover of Avengers #4 within the Fun Book.

I was 10 years old when I saw my first Avengers comic on the shelf (Avengers #229). I recall that it featured Egghead and Hank Pym, and I was NOT very interested. A few months later, I spent some of my hard-earned lawn mowing money on my first official Avengers comic, issue #233. It was a GLORIOUS cover, and the issue was a great read. There’s this barrier, see, and the Avengers can’t go through it (but Thor’s hammer does, and he turns back into Don Blake). The team at that time featured Thor, Cap, Hawkeye (with his leg in a cast) She-Hulk, Captain Marvel (the Monica Rambeau energy version) and, ugh, Starfox. I loved the team and the issue itself, and I remember specifically liking the John Byrne/Joe Sinnott art team (I also remember not liking Byrne inking himself on Fantastic Four at the time. My tastes have changed, and now I prefer Byrne’s inks over Sinnott’s). I read Avengers pretty faithfully until the 290’s or so, and bailed before the new team with Reed & Sue and Gilgamesh debuted.

Tim: The Food Lion spinner rack, summer of 1992. There it was. On one side, a Masters of the Universe action figure, King Arthur with a goddamn lightsaber, and Thor (I think I knew who Thor was). On the other side, Space Pirate Robin Hood, one of the Battle Toads, and the grim ‘n gritty ‘90s reboot of Penelope Pussycat. And Professor X in the middle?? What was this?! An X-Men comic? No, the big AVENGERS logo at the top suggested otherwise. An anniversary installment, no less – with a cover blurb boasting “64-page 350th issue spectacular!” tipping me off to that fact. A quick mental inventory of the whatever-edition Marvel trading cards of the day reminded me that the Avengers were the team my hero, Captain America, was in charge of. But Cap was nowhere to be found. I had no idea who most of these characters were. The issue’s interiors were not readily forthcoming either. No battle like the one so boldly depicted on the cover was to be found within. It was mostly a lot of… clandestine meetings between colorful characters, melodramatic angsting, and stolen glances. Oh, and one really badass fight scene featuring the two characters I WAS most visually drawn to.

I would have been eight years old at that point. AVENGERS #350 was just the perfect mix of elements to hit the sweet spot of my burgeoning fandom. It had that striking cover as a hook, a few familiar characters (on loan from X-Men) as a sort of gateway, and massive page-count divided across multiple stories to keep me occupied for days without exhausting my attention span. Not to mention a killer cliffhanger! I didn’t understand most of what I was reading, but found it endlessly fascinating all the same. The characters most compelling were largely unknown to me, inducing an insatiable thirst to learn everything about them. There was A LOT to unpack in this comic. I HAD to know its secrets.

The pages of that issue have very nearly disintegrated (dog-eared doesn’t quite do it justice) from all the times I pored it over- the vast majority of which in the first 2-3 years of it coming into my possession. (I really ought to submit it to the CGC for grading.) Looking back and being able to place it in the proper context, it does seem a strange point of entry, coming as it does on the heels of a major crossover and in the thick of some long-simmering subplots and interpersonal character dynamics. In the grand lineage of AVENGERS, this selection is decidedly what you would put down as “the deep cuts.” That’s right, it was the Avengers at their leathery, soapiest, “inaccessible” best. The Harras/Epting run. And believe it or not, no looking back for me as a reader. Talk about diving in headfirst.

Russell: I was probably 10 or 11 at the time. I discovered comics around age 9, but I spent most of my time with Spider-Man and Batman. When I saw all those big names together I was immediately sold on the concept. I mean, I had watched plenty of “Superfriends” by then, so of course I was in for another super team. And I was starting to lean more Marvel in those days.