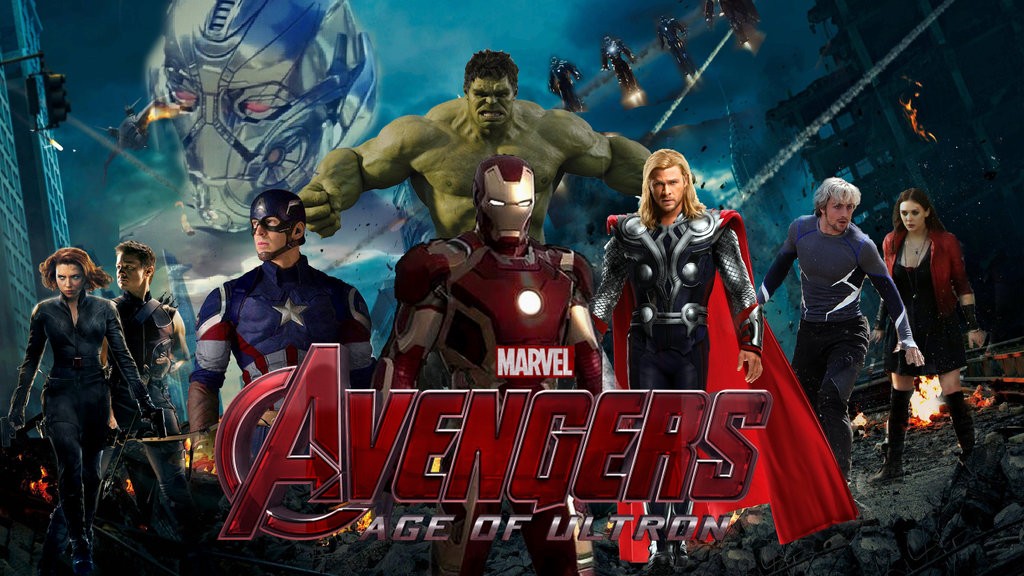 Sometimes getting the band back together can be tricky. You know how egos can be and after a few members have had the individual spotlight for a minute, they don’t want to give it up.

None of that is present in Avengers: Age of Ultron. This team of heroes who wowed us in 2012 have reassembled to do it all over again. But, instead of a complete slam-bang action film, this time we get a much deeper character-study…and lots of slam-bang action.

The story kicks off with the team back together in Sokovia as they’ve finally located Loki’s scepter that went missing after the events of Captain America: The Winter Soldier (mid-credits scene). If you caught Agents of SHIELD last week, you’ll see a really smooth transition/explanation for how the team found out about the location. Although it gets explained in the movie, too, just slightly edited since the Avengers don’t know Coulson is alive.

Baron Wolfgang von Strucker, formerly of Hydra, has been using the scepter to experiment on the Maximoff twins, Pietro (Aaron Taylor-Johnson) and Wanda (Elizabeth Olsen), who have developed their own superpowers as a result. As Maria Hill puts it in the film, he’s fast and she’s weird. Weird meaning she can make people hallucinate their worst fears and move things with her mind.

The action in the opening scene is a lot like the action throughout the film; fast-paced, well-choreographed and as eye-popping as it is fun. Director Joss Whedon does a great job of showing how the team dynamics work in these scenes, especially when characters use their abilities in tandem with one another to create some truly creative offensive and defensive maneuvers.

But it’s the performances that truly steal the show this time around. Whedon’s script is full of his usual quirky, quick-witted dialog and trademark humor, but there’s some real heart in this one, too. Not all of it is good heart, though, as James Spader’s villainous turn as main antagonist Ultron is one of the most dynamic of his career. And Spader is never physically on screen once in the entire film!

Ultron may be a digitally rendered character throughout the film, but he is an absolute presence. His ability to tie into every digitally-connected device gives the film a claustrophobic feel as you can never tell if he’s listening to everything that’s happening or not. When Ultron is on camera, he carries equal parts dread and hilarity. Not since Heath Ledger’s Joker performance has there been a villain who could pull off that kind of menace so effortlessly. If it weren’t for the occasional lapse in CGI quality, it would be equal to that legendary piece. But what really sells Ultron is that he’s totally committed to his ideal of a perfect world, even if it means killing lots and lots of people to make it happen.

Age of Ultron truly succeeds in its character motivations and setups for what’s to come in the future Marvel Cinematic Universe films. While Robert Downey Jr. and Chris Evans have plenty of conflict on screen to setup what will eventually be the next Captain America solo film, it’s the blazing hot chemistry between Scarlett Johansson and Mark Ruffalo that lingers. Natasha/Black Widow gets a tremendous amount of back story while Bruce Banner/Hulk continues to struggle with his place in the world, if he even has one. It’s their quiet moments together that show how they truly feel about one another and that they both feel too damaged to truly be part of anyone else’s life. Except for each other. Tissues don’t hurt for those scenes.

Perhaps the biggest and most pleasant surprise of the film is how much we learn about Clint Barton/Hawkeye. Jeremy Renner didn’t get to do much the last time around thanks to being brainwashed for half the movie. Thankfully, when it looks like the same could happen again this time, he puts those fears to rest. Then we learn and incredible amount about who he is as a person and he even gets to give a terrified Scarlet Witch a great pep talk about being a hero. Hawkeye finally gets his due, ladies and gentlemen. All while giving full acknowledgment to the fact he has no powers.

Not that the movie doesn’t have a few flaws here and there. Once again, Tony Stark is pretty much responsible for creating the thing that could destroy the world. This time, he goes and gives it consciousness and basically hopes for the best. Banner helps out this time after initially protesting, but he comes around because…science! It’s a bit haphazard, but we had to get Ultron in this somehow, right?

Tony also makes a fairly uncomfortable remark about prima nocta, which most will likely not notice, but even an ancient rape joke is still a rape joke. Thankfully nothing else quite that bad ever comes up again.

For all her advancement as a hero, Black Widow does have one moment in the movie where she becomes the damsel in distress. It’s a part of the movie that feels most out of place given that the whole reason for putting her there was to achieve ends that could easily have been met another way. It’s not as offensively bad as some reviews might make it out to be, but it is an odd choice for Whedon who’s known for being one of the best modern feminist filmmakers.

Thor’s importance in the film is also pretty much just setup for what’s to come. But he’s also another heavy to use in battle that won’t go off the rails when he gets too angry. While it’ll be disappointing to the Thor fans, it actually does make more sense to save him for the next story than try to squeeze major character development out of him in a movie that’s more focused on developing new characters.

Also, if not for some quirky dialog, a few scenes do seem to drag on a bit and once the movie’s over, some might wonder if some of it really had a purpose. The overall plot also does have a slight “middle chapter” feel, as well. It’s more like a bridge than a destination. But it’s one of the best bridges ever and a supremely fun trip over it.

Like the previous Avengers film, there’s a lot to enjoy here and it’s great to see all these heroes together again. They’re all strong separately, but together they really are a force to be reckoned with.