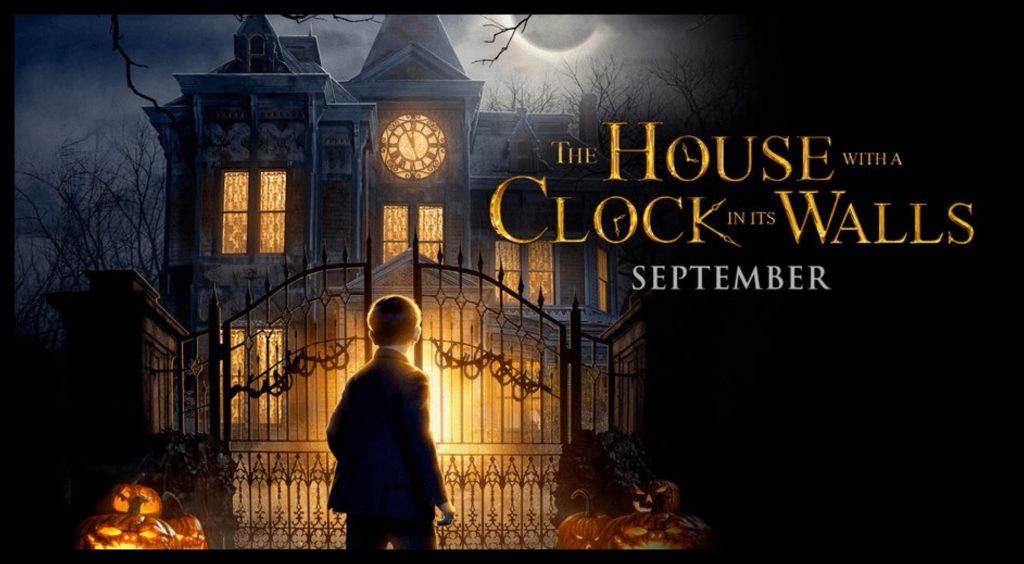 September marks the end of the summer blockbuster season as school has started up again and fewer people are headed to the local cineplex. And this year, it’s looking like a good time to stay home and do some catching up on Netflix. This month’s flicks leave a lot to be desired.

The Nun – Fans of The Conjuring series have likely been anticipating this one anyway, so there’s not much convincing needed for those folks. For the uninitiated, this has become one of the most successful horror franchises in history and shows few signs of slowing down. This will be the fifth film in the series, but it acts as a “spin-off” and/or prequel to the original film. In 1952 Romania, a nun, a Catholic priest and a novice, sent by the Vatican, investigate the mysterious suicidal death of a nun at the Cârța Monastery. Naturally, supernatural happenings occur, and we see the origin of one of the film series’ most famous apparitions. Original series writer and director, James Wan, co-wrote the story for this one, directed by Corin Hardy, whose only directing credit is the Irish horror film The Hallow. The Hallow was a tense, supernatural thriller that showed Hardy has a real knack for this sort of thing, so this could be another big hit for the franchise. And luckily, it’s mostly a standalone story so novices can enjoy it, too.

Peppermint – Jennifer Garner is The Punish…er… Peppermint, a woman whose family is gunned down by gangsters at a fair. They’re caught but get away with it due to corrupt police and officials. She then spends five years training to become a badass so she can take them out herself. Gee… have we seen this before? It feels like we’ve seen this before. “From the director of Taken.” Yep, we’ve definitely seen this before. Action scenes that look like they’ve been ripped off every action thriller of the last 10 years or better and a plot ripped straight from every iteration of The Punisher you’ve ever seen and… well here we are. This could easily have been titled The Derivativer. Here’s a thought: stay home and watch The Punisher series on Netflix. Or the vastly underrated 2004 Punisher film starring Thomas Jane, John Travolta and “Big Sexy” Kevin Nash. If it’s women kicking ass you want to watch, Haywire starring Gina Carano is good stuff. You should also check into Red Sparrow starring Jennifer Lawrence.

A Simple Favor – Based on the best-selling novel of the same name, this one looks like Gone Girl on cocaine. Director Paul Feig is known more for his comedies, but here he’s stepping into the world of twisted psychological thriller. The plot seems simple at first, a mom blogger (Anna Kendrick) makes a new best friend (Blake Lively) who disappears suddenly only to seemingly turn up dead a little while later. But, as things progress, the pasts of these characters unfold in some seedy and unexpected ways. Lots of twists and turns in this whodunit. Deft direction and a strong cast put this one on the list to watch.

White Boy Rick –This one is the story of teenager Richard Wershe Jr., who became an undercover informant for the FBI during the 1980s. Maybe the youngest drug kingpin in history, this kid takes “falling in with a bad group” to a whole new level. This marks the major film directorial debut for Yann Demange, who mostly handled short documentaries and television before this. But this one definitely had a strong story and script to land Matthew McConaughey and Jennifer Jason Leigh in lead roles. Newcomer Richie Merritt plays the lead role and while he’s definitely still green, there’s enough there to suggest he’s got a bright future. Equal parts hilarious and intense, this one could find itself being a sleeper hit.

The Predator – We’ve all seen bad trailers for movies that turned out great. But this one’s trailers have done it no favors. Sure, having Shane Black (Kiss Kiss, Bang Bang; Iron Man 3) on board to write/direct sounds great. That he was in the original Predator, even better… but this one looks to be on Alien vs. Predator levels of ridiculous. That’s not what made the original a hit. And the idea of “super Predators” … seems to miss the point of the culture of these aliens established in the other three Predator movies. The cast is strong and some of the action looks to take the franchise back to its roots, but is that enough to make it worth watching? Maybe. This one’s on the fence. It could wind up being a massive success. But if so, whoever cut those trailers should never be hired again.

Unbroken: Path to Redemption – Remember the Angelina Jolie-directed biopic about that Olympic runner during World War II? Yeah, apparently, it’s gotten a sequel (sort of) taking place after the war and dealing with trauma. Also, Jolie didn’t come back to direct. And none of the original cast bothered with this. But it’s still totally a sequel. That somehow didn’t go straight to video considering the first wasn’t THAT successful or well-reviewed. And neither will this be. Odd that it didn’t go straight to streaming.

The House with a Clock in Its Walls – The book was published in 1973 and seems perfect for a film adaptation. Then you see the trailer and realize it’s a generic version of the Harry Potter films. Sorry, but Miss Peregrine’s Home for Peculiar Children already did this rip off. It seems like a movie without a clear identity so it tries to be all things to all fans. Jack Black continues his journey into bland family films and maybe should just stick to the jungle with The Rock. At least him channeling his inner teenage girl was funny.

Night School – Kevin Hart comedies can be hit and miss. Fortunately, this one has a good premise and a decent cast of comedy stalwarts to back him up. Director Malcolm D. Lee (Girls Trip) reunites with Girls Trip breakout Tiffany Haddish and adds in Romany Malco and Keith David along with Rob Riggle and Taran Killam for what could be a hilarious palate cleaner from a month full of thrillers. The story of a group of misfits who never finished high school trying to get their GED’s with a sassy, no-nonsense teacher seems like an easy winner. The trailers do have some flat jokes, but there’s hilarity in there, too. If this one steers fully into the R-rated comedies of the late 80s and 90s, it should be a good time.

Skip All of These

Hell Fest – Boy this I Know What You Did Last Summer remake looks like trash. Oh, wait, this is an original piece? Yeah, sure… “original.” C’mon, can you tell somebody went to the same film school as the director of Saw IV? The basic premise of a traveling horror circus being used a front for a serial killer is a cool one in that you could really play with the “what’s real and what isn’t” concept. Unfortunately, this one is going to be about as “by the numbers” as you get. Lots of unknowns in this one, but hey Candyman (Tony Todd) has a cameo. Halloween is right around the corner… get it?

Smallfoot – “But it’s cute!” Spare me. This one is pouring so much saccharin on itself you only think you’re seeing snow. There’s nothing in this except the same silliness you’ve seen in a thousand other movies exactly like it just this year and will see again when that unfortunate Grinch movie drops later. If it’s snow and laughs your kids want, I’m sure you won’t mind sitting through Frozen again. By now tuning it out should be easy and you can’t tell me you’d rather be trapped in a theater with this nonsense.

Little Women – Talk about something that should have wound up on Lifetime. There is no reason for this “modern” retelling of the classic novel to be a major theatrical release. There are already several versions of the story adapted to film and a few of them are excellent. Find one of them (specifically the 1994 version with Susan Sarandon, Winona Ryder, Claire Danes and Christian Bale) and watch that instead. This take looks like a story that could easily be titled… well, anything else and still make sense. The number of cheap pops this one goes for, even in just the trailer, makes it even more inauthentic and feel like a cheap cash grab. There’s nothing about this that seems like it’ll be worth the time or money to see it, in theaters or otherwise.

Staying Home – That’s right, there’s really nothing that great waiting for you at the theater, unless you’re catching up from last month, maybe. Even then, you’d be better off catching up on that Netflix queue that’s not getting any smaller or even renting a few new releases. Hey, give Solo: A Star Wars Story a shot. It’s way better than you’ve heard. Avengers: Infinity War is on video now. So is Deadpool 2 (an extended cut, no less). You could give Ready Player One a try or maybe Blockers if you’re up for a surprisingly funny and heart-felt adult comedy about parents coming of age. Up for a scare or two, A Quiet Place is worth your time. If none of that works, there’s always family time, checking out that new local place, hit up a sports bar for some football, read a book (or comics!), hit the gym… really anything might be more fun than going to the local theaters this month.