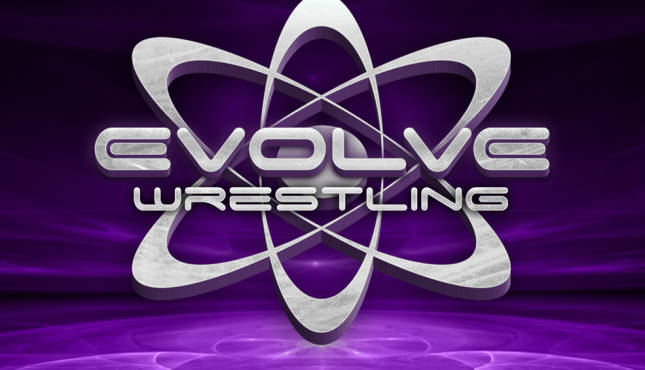 This is a WWE Cruiserweight Classic Spotlight Match. They trade holds to start and TJP hits a dropkick. TJP grabs a headscissors but Alexander reverses into his own headscissors. TJP maneuvers out and takes chops and a flying armdrag from Alexander. TJP rolls outside and Alexander fakes a dive. TJP takes over with strikes but Alexander fights back with a flying headscissors and a dropkick. Alexander kicks TJP in the back of the head and chops him in the corner. TJP gets whipped into the corner where he does a headstand and then starts working Alexander’s leg. Alexander gets the rope to break out of a grapevine. TJP hits him with uppercuts and goes back to the leg. TJP hits several kicks to Alexander’s chest and puts him in a Muta-lock. Alexander fights out with elbows. TJP bodyslams Alexander who goes to the apron and slingshots into give TJP a facebuster. Alexander hits back elbows and strikes. TJP gives him a vertical suplex. Alexander escapes a suplex attempt then hits an enzuiguri and a springboard lariat. Alexander goes for a brainbuster but TJP knees him in the head. TJP grabs an ankle-lock and Alexander gets a rope break. TJP throws leg-kicks and they trade strikes again. TJP hits a head-kick and Alexander hits an enzuiguri. Alexander hits a back elbow and TJP hits a springboard dropkick and a DDT. Alexander hits a Michinoku Driver followed by a running boot and a brainbuster for a near-fall. TJP traps Alexander in an ankle-lock and Alexander taps out.

2) Jigsaw and Peter Kaasa vs Tracy Williams and Fred Yehi

Williams and Jigsaw start and trade wristlocks. Jigsaw takes Williams down and applies a hammerlock and leg-lock. Williams gets out but Jigsaw gets his ankle. Williams transitions into a leg-lock and drops an elbow to the back. Jigsaw fights out with elbows. Kaasa and Yehi tag in and Kaasa hits a dropkick. Yehi stops a Kaasa leapfrog, stomps on his leg and gives him a seated dropkick. Yehi chops Kaasa in the corner but Kaasa gives him an Olympic slam. Yehi slides outside and Jigsaw and Williams tag in. They go back and forth and Jigsaw gets an armdrag and a tilt-a-whirl backbreaker. Williams atomic drops Jigsaw into a backbreaker. Yehi comes in and gives Jigsaw an overhead belly-to-belly suplex. Williams tags in and works Jigsaw’s arm and they trade uppercuts. Williams chops Kaasa on the apron and gives Jigsaw a knee to the gut. Williams applies an abdominal stretch. Jigsaw fires up but takes a knee to the gut. Yehi tags in and kicks Jigsaw in the head. Jigsaw fights back but Yehi punches him in the foot. Jigsaw continues to fight back and hits a missile dropkick. Kaasa and |Williams tag in and Kaasa hits a springboard lariat. Kaasa gets a standing hurracanrana on Yehi and a tilt-a-whirl on Williams. Kaasa throws Yehi to the floor where Jigsaw gives him a tope suicida. Kaasa throws Williams to the floor and does a space flying tiger driver onto all three men. Back in the ring Kaasa gets Williams in a northern lights suplex and a float-over vertical suplex. Kaasa slams Williams and misses a second rope moonsault. Williams puts him in a rear naked choke then slams him to the mat. Williams applies a crossface and Jigsaw makes the save. All four men are in the ring. Kaasa does a scoop powerslam on Yehi but takes a dropkick from Williams. Jigsaw and Yehi both go to the apron and tag in. Yehi stomps on Jigsaw’s Achilles heel and then hits two German suplexes. Yehi goes for an O’Connor Roll but Jigsaw blocks him and does a double stomp from the top rope. Jigsaw gives him a brainbuster and pins him to win the match. Williams helps Yehi to his feet and slaps him. Yehi then slaps Jigsaw out of the ring and slaps Williams back. They then shake hands.

They quickly go to the floor and brawl at ringside with Page giving Dustin a big backdrop. They go back inside but Page clotheslines Dustin to the floor. Page takes him inside and gives him a fall-away slam. Dustin gives Page a drop toehold into the corner. Dustin delivers a snap suplex. They trade several strikes and Dustin kicks Page in the knee and then dropkicks him in the knee. Dustin gives Page a seated dropkick to the back of the head. They trade forearms and Page hits a back elbow. Dustin goes for a rana but Page drops him in a powerbomb. Page throws some punches and a clothesline and gives Dustin a tilt-a-whirl. Page gives Dustin and icono-clasm. They spill outside where Dustin trips Page on the apron and then gives him a piledriver on the floor. Page makes it back in but Dustin superkicks him. Dustin goes for another piledriver but Page blocks It. Dustin gives Page sole-food. Page hits the RK-EGO but takes a boot to the face and two DDT’s. Dustin applies a crossface but Page gets up and gives Dustin the lawndart into the corner. Page hits a big boot and goes for a package piledriver. Dustin blocks it but Page gets it on the second attempt and gets the pinfall win.

This is another WWE Cruiserweight Classic Spotlight Match. They tie up and break a few times. Gulak grabs a roll-up but Nese applies a half Boston Crab and continues to work the leg. Gulak gets an armbar and choke. Nese avoids a clothesline and a suplex attempt. They exchange strikes on the mat. Nese hits a big clothesline and follows up with chops. Gulak throws strikes to the body but Nese fires back with kicks. Nese gives Gulak a vertical suplex and applies a body-scissors. Gulak hits a big boot and a dropkick. Gulak applies an Indian deathlock but Nese gets to the ropes. Gulak grabs Nese in a cravate and then works an armbar. Nese gets out and Gulak goes to the top rope where Nese hits a jumping uppercut. Nese then drives Gulak into the opposite corner. Nese hits a running knee and follows up with some muay thai knee-strikes. Nese sweeps Gulak’s legs out from under him and then goes to the apron and hits a springboard quebrada. They trade strikes and Nese attempts to sweep the legs again but misses and spills to the floor where Gulak hits him with a tope suicida. Gulak goes after the arm but takes a knee to the kidney. Gulak applies a guillotine choke but Nese powers out, dumps him on the top rope and gives him a knee-strike. Nese knocks Gulak off the apron and hits a running moonsault over the top rope. Nese gives Gulak a piledriver in the ring. Gulak grabs Nese by the beard and starts slapping him and then gives him the electric chair. Gulak takes Nese up top and superplexes him but Nese grabs a quick pin attempt. Gulak goes to the top rope and hits a diving lariat. Nese does a pumphandle but loses Gulak who rolls him up and gets the pinfall to win the match. Gulak (who has the Evolve Title with him) takes the mic and says tonight Matt Riddle will face champion Timothy Thatcher in a no-holds-barred match. Gulak says that Thatcher doesn’t feel he is fit to carry the belt right now and that he (Gulak) is holding it out of respect. He notes that Thatcher said he will hurt anyone who touches the title but that Thatcher hasn’t acted like a man as Gulak and Riddle have touched it. Thatcher comes out and is attacked by Riddle.

Rhodes gets a strong ovation for his first match ever outside of the WWE system. They shake hands to start. They jockey for position until Sabre gets Rhodes’ arm and works it. Sabre grabs a hammerlock and gets a one-count. Sabre gets Rhodes in a surfboard position but Rhodes reverses it. Sabre does a hammerlock takeover and applies a headscissors. Rhodes attempts to bridge out but Sabre holds on. Rhodes gets out and grabs a headlock but Sabre gets the headscissors again and transitions into a hammerlock. Rhodes gets out and picks up Sabre in a Gory Special. Rhodes grabs a hammerlock of his own but Sabre kicks out. Rhodes lifts Sabre for a vertical suplex but drops him face-first. Rhodes jumps off the second rope but takes a kick from Sabre who continues to work the arm. Sabre starts kicking Rhodes’ arm. Sabre throws Rhodes outside and Rhodes goes to skin the cat but Sabre kicks his arm. Sabre hits an uppercut on the floor and continues to work Rhodes’ arm and especially his wrist. Sabre tries to kick Rhodes who dodges it and Sabre kicks the ringsteps. Rhodes gives Sabre a dragon-screw legwhip in the ropes. Rhodes starts working Sabre’s leg. Rhodes drives Sabre’s knee into the mat. Sabre stomps Rhodes’ arm into the mat and then keeps working the arm. Rhodes fights back with elbows but Sabre kicks him in the arm. Rhodes takes Sabre down with a head-and-arm capture and then dragon-screws Sabre’s knee again. Rhodes ducks an enzuiguri and hits a springboard kick. Rhodes hits a short-arm clothesline but Sabre fights back with a half-and-half suplex and a soccer kick. Sabre kicks Rhodes’ arm but misses a kick off the second rope. Rhodes gets Sabre in a variation of an airplane spin. Sabre manages to get Rhodes in a hammerlock but Rhodes gets to the ropes. Rhodes avoids a knee-drop from Rhodes but Sabre gets him in a roll-up. Rhodes gets out and hits the reverse rolling neckbreaker. Sabre leaps at Rhodes and catches him in an armbar but Rhodes lifts Sabre up and powerbombs him. Rhodes gets Sabre in a leglock and Sabre can’t get to the ropes and taps out. Rhodes takes the mic and says that he was going to say he bet on himself but the truth is that Evolve bet on him. He says that fans watched him grow up and he was in a very large shadow but it was ok because he loved that shadow. He asked what you do when you wake up and that shadow isn’t there anymore. He said he didn’t know until twenty minutes ago and the answer is you kick and punch until you prove yourself to everyone who said you couldn’t do it. Rhodes said that he is not part of Drew Galloway’s crusade as he is not interested in the past, he is only interested in the future.

This was a really good show with almost every match being good and the last two matches being excellent. Thatcher and Riddle are both so great at their styles. It was great to see Rhodes make such a good showing and for Sabre to tap out to him. Evolve has such a great product right now and this show was a strong example of it. I also expect big things from Peter Kaasa.