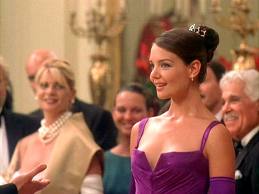 When you think you have seen a movie with the same plot recently, it is not by accident.

I was an employee at Blockbuster Video for many years in my college days and even after graduating as a side job to pay the bills. As a hardcore fan of movies, being surrounded by videos in a setting where customers relied on you to give an opinion about them was almost heavenly at times. What made Blockbuster probably a more fun line of work than any other job was the free rentals, cleverly disguised by the company as “product familiarization.” You usually got five free ones a week unless you figured out how to game the system a little bit (and believe you me, many people did). So even if you did not like most of the movies the Blockbuster chain threw at blindingly loyal customers, at least you got to see the damn things for free.

I remember one very funny moment back in 2004 when a man who had just rented First Daughter, a Katie Holmes comedy about a Presidential daughter looking for love, wanted to bring it back because his wife thought she had already seen it earlier in the year. “Did she see it in theaters?” I asked. “No, that’s the thing” he responded, “She says she rented this already.” For once in my life, watching shitty movies on company dime actually bailed me out. I told him that she probably already watched Chasing Liberty, another Presidential daughter comedy that featured Mandy Moore rather than Holmes in the main role. They had strikingly similar plots and were released about eight months apart, and they both sucked. As minute and silly as it was, I chalked it up as a minor victory in my movie geekdom.

Just like the battle of swooning college girls who happen to live in the White House, film studios are not afraid to trot out movies with storylines that almost mirror each other in hopes of either riding the other movie’s coattails or firing the first shot at moviegoers before the market saturates. One movie literally was called Mirror Mirror, a Snow White remake starring Julia Roberts as the evil stepmother, which was lighter on the comedy and was released in 2010 two months before the much darker and action-oriented Snow White and the Huntsman with Kristen Stewart. Although Mirror Mirror made over $100 million worldwide on a lesser budget, it was the one with the Huntsman that ruled the year of reimagined poisoned-apple eaters with nearly $400 million earned worldwide. 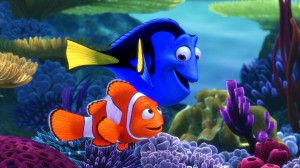 It is sort of a sacrament in Hollywood to follow up a popular trend in films with something either close in content or endless sequels because they are proven commodities that will at least catch some eyeballs if not break even in the box office. For every Finding Nemo, there is a Shark Tale. For every Oblivion, there is an After Earth. In that case, it was the first movie released in April of this year, Oblivion starring Tom Cruise as a wanderer of a wasteland formerly known as Earth, that clearly outdid (in the box office and critics circles) the second coming, which starred Will Smith and his son Jaden. Moviegoers are experiencing some more déjà vu this summer with the new action film White House Down about a terrorist attack on 1600 Penn not even two months after the release of a film directed by Antoine Fuqua called Olympus Has Fallen. The only difference, it seems to me, is that Jamie Foxx plays a black president in White House Down and Aaron Eckhart is the Commander-In-Chief in the other one. Both films eventually get the upper hand at the White House thanks to some predictable action sequences, but time will tell which one gets the leg up in the box office.

But there can be confusion with how to define this case of cinematic double trouble. One thing I saw constantly at Blockbuster stores upon the release of a big time blockbuster was the parallel release of what they call mockbusters. The ultimate mockbuster was one of the first films I ever saw with my dad, Mac & Me, a terrible riff on the success of E.T.: The Extra Terrestrial. The porn industry had already cornered the market on this decades before (Somewhere in a box in someone’s closet lurks a copy of Forrest Hump), but thanks to the efficiency of special effects, it became even easier to gloss up shitty, thrown-together duplicates and make them look somewhat cinematic and sellable. For every Transformers film that Michael Bay put out to screeching success, there was Transmorphers, a piggybacking knock-off looking to make a quick buck. Even middling films were not safe from this technique; not too long after Snakes on a Plane, we got Snakes on a Train. Before David Fincher’s brilliant Zodiac hit theaters in 2007, there was the not-so-good The Zodiac on DVD earlier that year. I would walk down the new release wall and see one bad mockbuster after another, with very little shame and not much star power to go with it. 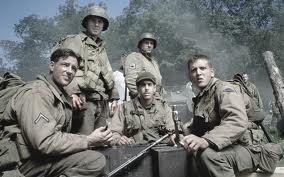 What also gets lost in the irony of these releases is the fact that although some of these movies wind up getting released very close together, these films had been conceived, shot, and cast by the studios months or even years in advance, honestly oblivious to one another. A lot of people link together Saving Private Ryan and The Thin Red Line because they were both hard-edged World War II films that contended for the Oscar in 1998. But if anyone knows anything about Terrence Malick, we all know that he didn’t have Steven Spielberg on the brain when he filmed his epic war film. They just happened to come out in the same year. Although they both hovered around Scottish medieval times, not many critics would be comfortable with calling Rob Roy a blatant piggybacking of Mel Gibson’s Braveheart even though they came out a month apart. Both movies were excellent in their own ways. The Snow White situation was fascinating because it was clear that both Relativity Studios (which produced Mirror Mirror) and Universal (which produced Huntsman) were in an arms race to get their film out at the same time. Relativity won the speed game in getting Mirror Mirror out first, but lost the war to Universal’s installment.

I remember a bitter battle between Baz Luhrmann (with Leonardo DiCaprio at his side) and Oliver Stone (with Colin Ferrell) to make a film about Alexander the Great. Stone’s film got done first, and Luhrmann’s version quietly disappeared. Everyone remembers the seductively stylish Dangerous Liasons, but nobody remembers Valmant, which was directed one year later by Milos Forman and was based on the exact same story. 1988 had (count ‘em) FOUR movies about young boys switching places with the body of older men. But can anyone really name the other three films not named Tom Hanks’ Big? Even though they were released six months apart in 2010, the Kevin Smith/Bruce Willis cop comedy Cop Out was originally a concept that Warner Brothers wanted to do with Will Ferrell and Mark Wahlberg. Ferrell and Wahlberg could not come to an agreement there and went to Columbia Pictures to make their buddy cop comedy, which eventually became The Other Guys. When you put both movies head-to-head, The Other Guys won by unanimous decision.

With the shrinking library of available properties and rapid adaptations, no subject is too obscure or out of the running to get the clone treatment. There were two films made in the late 2000’s about John Lennon assassin Mark David Chapman. Distance runner Steve Prefontaine, of all people, got two biopics in 1997. Truman Capote got his close-up twice, one of which earned Phillip Seymour Hoffman an Oscar while Toby Jones’ really good portrayal months later was buried by the earlier film’s gaudy praise. There were two raging volcanoes in 1997 thanks to Volcano and Dante’s Peak, and there were two world-shattering meteors in the summer of 1998 thanks to Armageddon and Deep Impact. We even had a battle of mall cops with the screwball Paul Blart: Mall Cop (a huge hit) and the dark, neurotic Observe and Report (not so much a hit). One of my favorite movies ever as a kid was 1993’s Rookie of the Year about a kid who suddenly joins the Cubs after developing a fastball that would have made Randy Johnson jealous. When they tried to go back to the well the next summer with Little Big League where a kid becomes the manager of the Twins, nobody, including myself, was there to see it. Sometimes great minds do think alike, but some bad ones tend to do the same in Hollywood, as well. Does anyone want to go through the two-headed torture that was Mission to Mars and Red Planet back in 2000? I don’t remember too many people singing the praises of Meteor Man or Blankman, both comedies starring black men as unlikely superheroes, back in 1994.

There is no clear formula for how to predict which “look alike” film is going to outweigh the other depending on release date, casting, or just dumb luck. Although the rash of copycats has gotten bigger than before, we cannot act as if this just started happening in the 90’s. Here is a great breakdown of films all the way back to Gone with the Wind!

Who can forget the striking similarities between Iron Eagle and Top Gun back in 1986? I never thought about the one-two punch of The Truman Show and Ed TV before members of the PTB Nation brought it up to me. I am not a fan of Westerns myself, but my dad preferred Wyatt Earp over Tombstone, although many would disagree with that. Even though they came out two years apart and one was exiled to afternoon blocks on HBO. I loved Overnight Delivery and was shocked to realize how similar it was to another underrated romp comedy, Road Trip. But this list has its flaws, too; Independence Day and Mars Attacks have a lot less in common than Wikipedia would like to think. 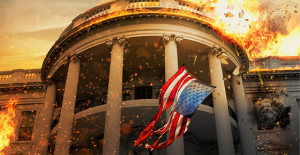 It never fails to go with this style of work in movies, and the wheel is going to keep on turning. We already mentioned White House Down and Olympus Has Fallen, and soon we are going to have our third film about the infamous West Memphis Three, this time starring actual actors in a film called Devil’s Knot. Coming off the huge popularity of The Bible on the History Channel, we will have the Battle of God’s Messengers when Darren Aronofsky directs a modern retelling of Noah while Ridley Scott is already at work on Exodus which is based on that Moses guy. We just witnessed two biopics about Alfred Hitchcock, one about his struggle with making The Birds, which starred Toby Jones and aired on HBO, and the other about Psycho, which starred Anthony Hopkins. Poor Toby, he always winds up with whatever is left at the table in this case. There is also the hugely popular Hong Kong series Ip Man, based on the real life master of martial arts, which met its counterpart this year in Wong Kar-wai’s smash hit The Grandmaster.

I have not even come close to mentioning some other examples of this case of movie double vision. Place To Be Nation, let your words be read! I have put a post on the Facebook page asking all of you about your favorite types of doppelganger films and which ones you liked the most. Just remember when you go to Redbox this week and there are two Hansel and Gretel action movies, be sure to pick the one that you actually want, because in Hollywood, one is never enough.